Seattle may not have the same Tinseltown glamor as LA – and we don’t want it either – but a surprising number of blockbuster films have been made here in the evergreen state, many of them in iconic Seattle locations.

There are the obvious ones – like “Sleepless in Seattle” – but there are also many lesser-known films. Newer releases like “Captain Fantastic” and “Safety Not Guaranteed” were also filmed here.

Seattlelites are probably familiar with “Say Anything …” from 1989 – not only because it was filmed here in the Emerald City, but because John Cusak apparently magically teleports from picture to picture through the city.

RELATED: 20 Years Later: The Seattle-Based Cult Classic “10 Things I Hate About You”

Interestingly, with the city’s ever-changing skyline, you might not be able to remake some of the Seattle-based films from the past few decades for each shot. Sylvester Stallone had to find a new road to have a chase: he raced under the recently deceased viaduct action film “Assassins” in 1995.

This Belltown restaurant and bar has been around since 1903 and appeared in the movie “Sleepless in Seattle”. Two decades later, the menu is fancier and the crowd more touristy, but the vibe is still relaxed. (Photo: Seattle Municipal Archives). 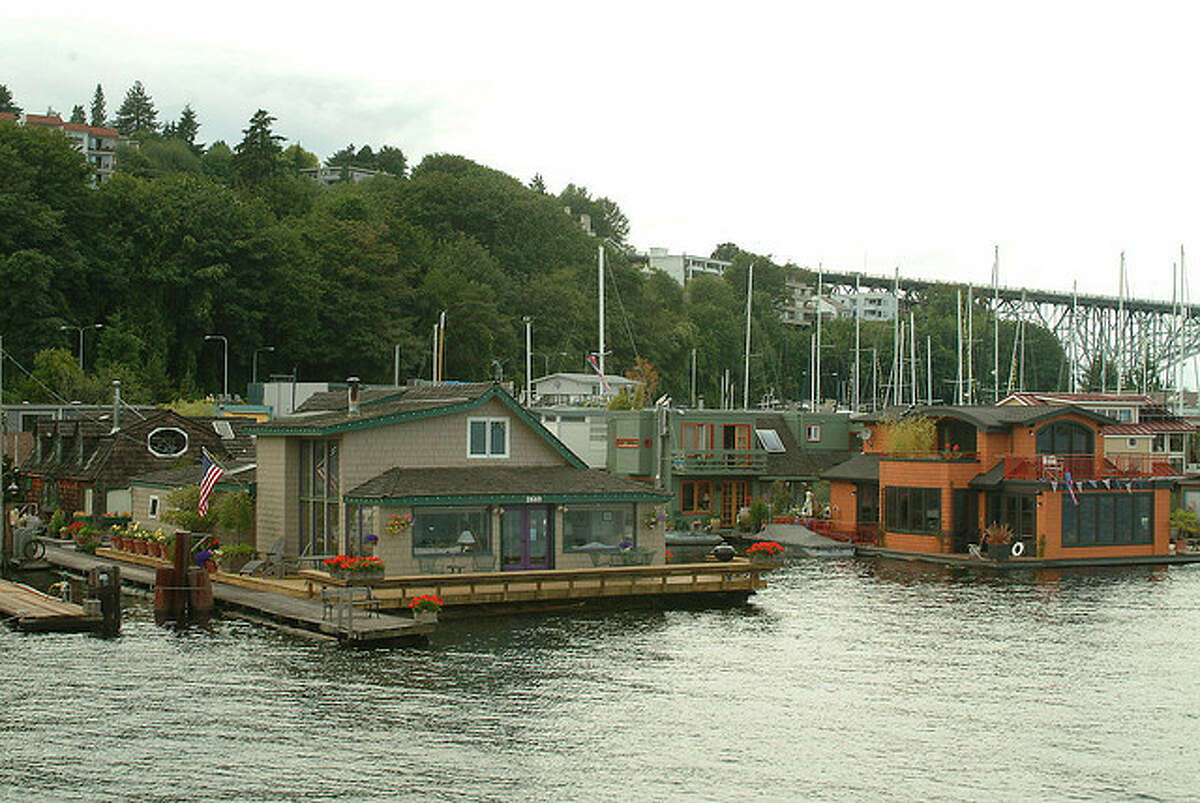 2of10Wrong: How do I get to this houseboat?

With a small motorboat through the locks to Alki and back? It’s irreversible, but it’s definitely unorthodox. 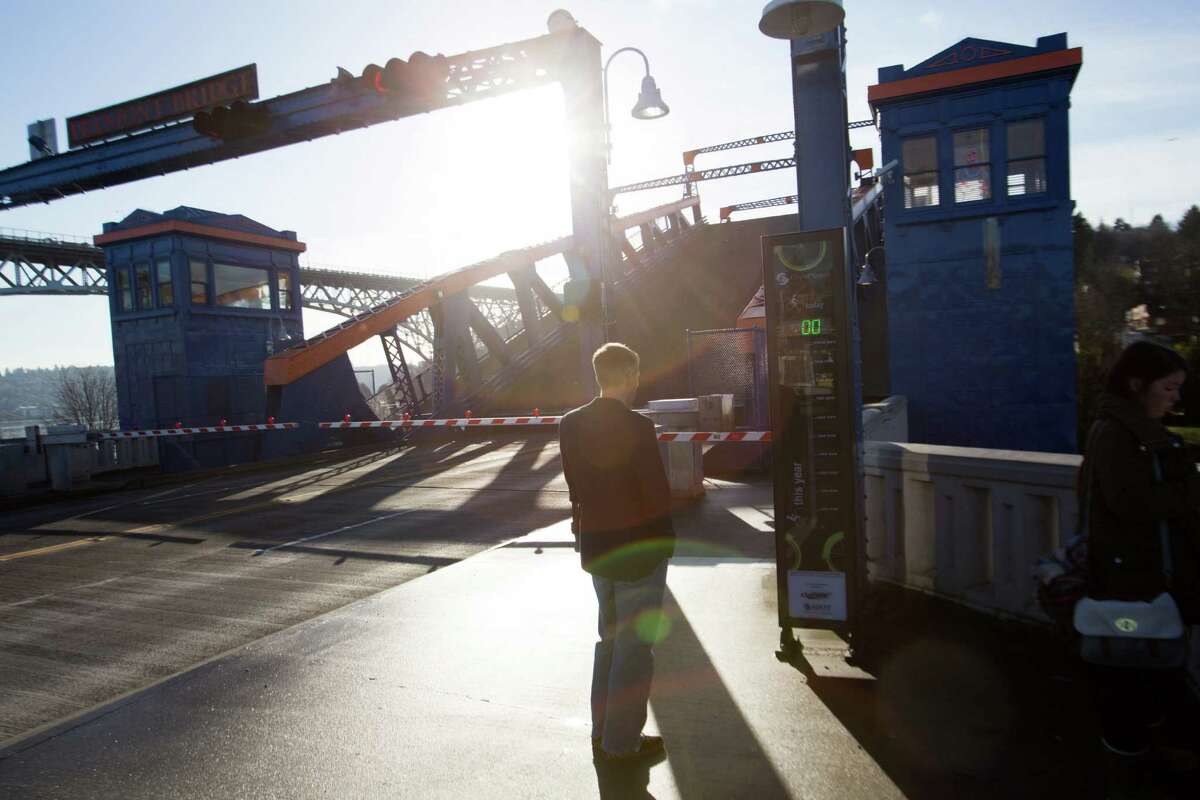 When Meg Ryan’s character tries to follow Sam and his son in their boat, she crosses the Fremont Bridge … heading north. On the way to Alki.

It’s essentially the same faux pas as the last slide, but it’s a pretty blatant (and common) one for the Seattle viewers. 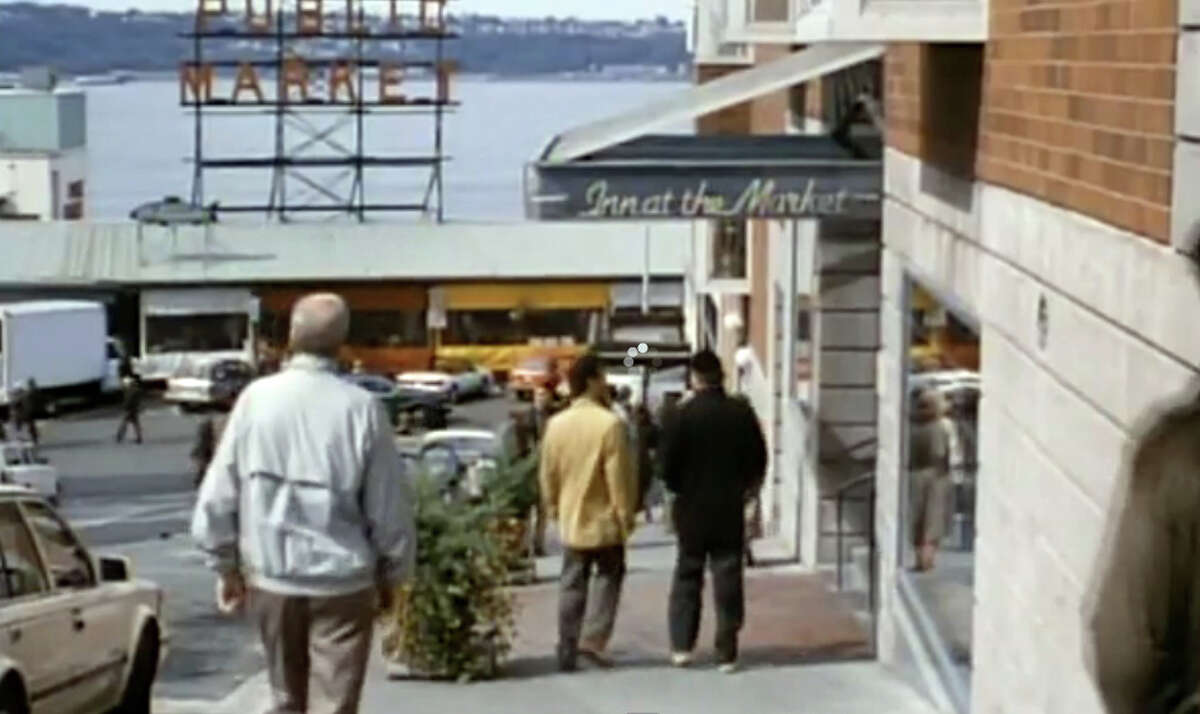 It’s one of those classic Seattle spots that deserves its place as a tourist spot and deserves every pop culture feature it can get. 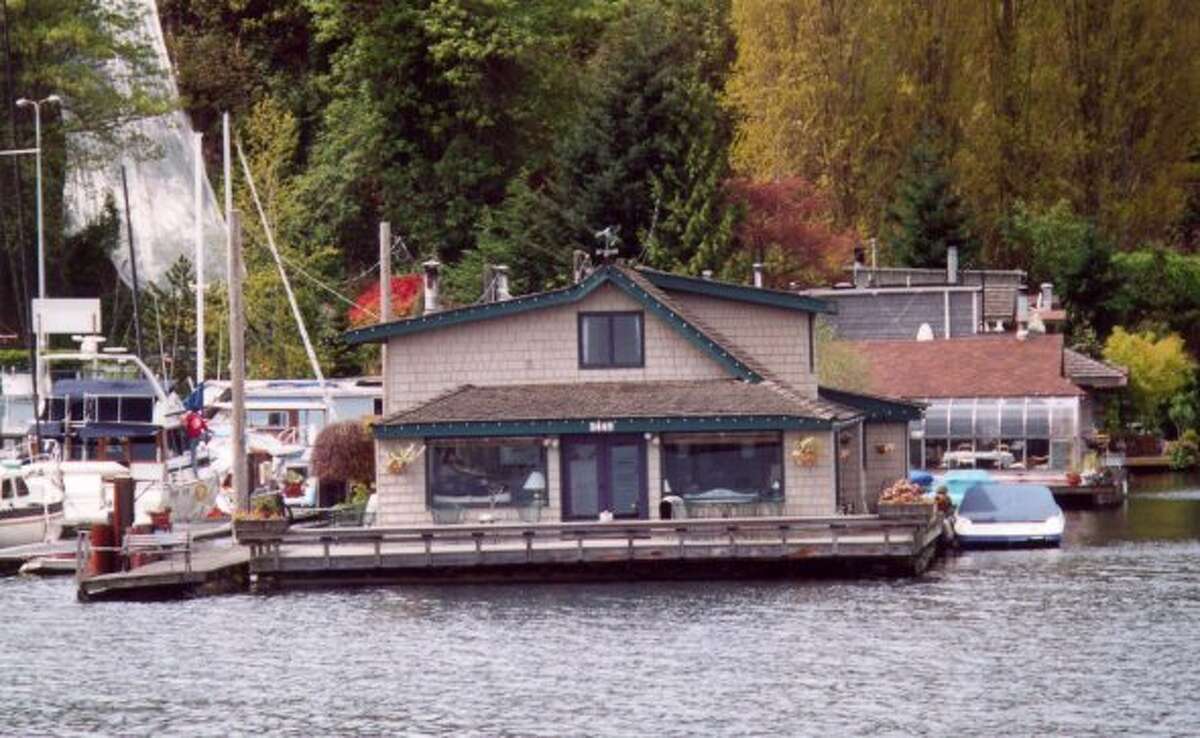 The cool houseboat of Tom Hanks’ character still attracts Gawkers 25 years later. But these interiors? This is not the actual houseboat. 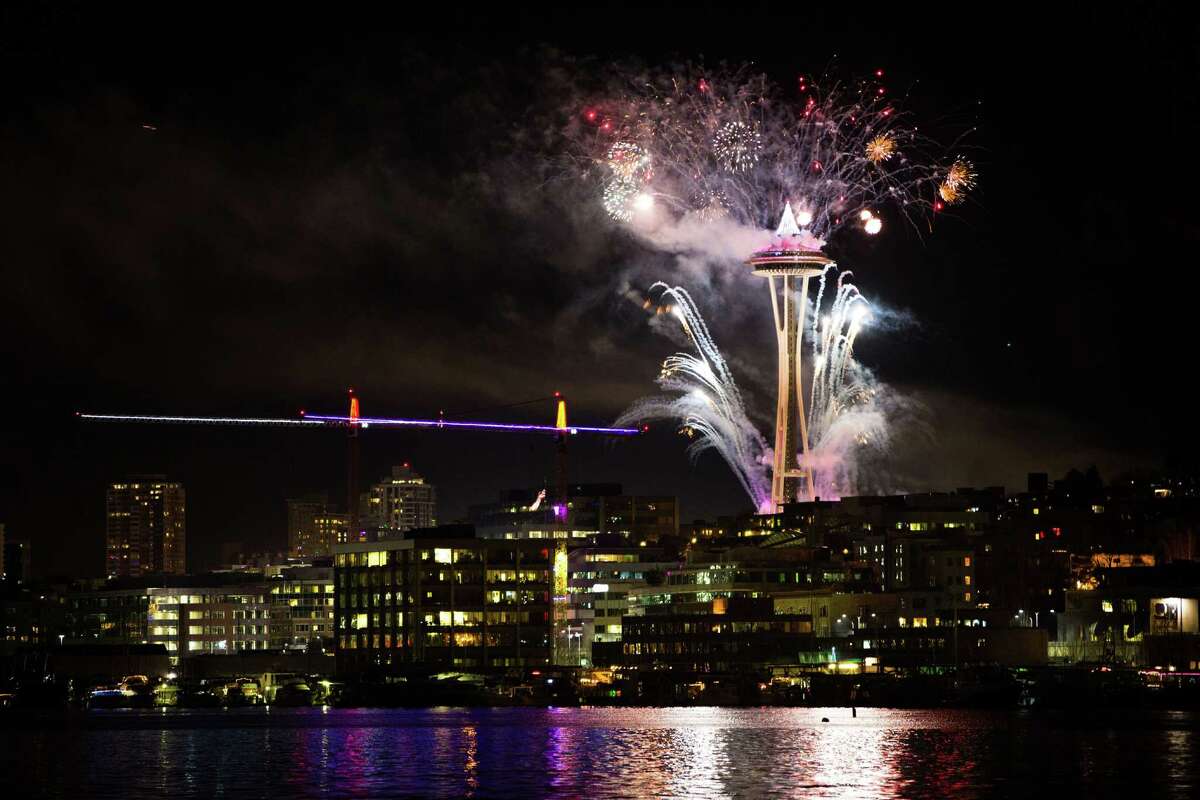 Tom Hanks steps out onto the deck of his lovely houseboat on Westlake Avenue and somehow sees the New Years fireworks … at Gasworks.

But any Seattleite worth their salt knows Gasworks is for the 4th, and the Space Needle is New Years. 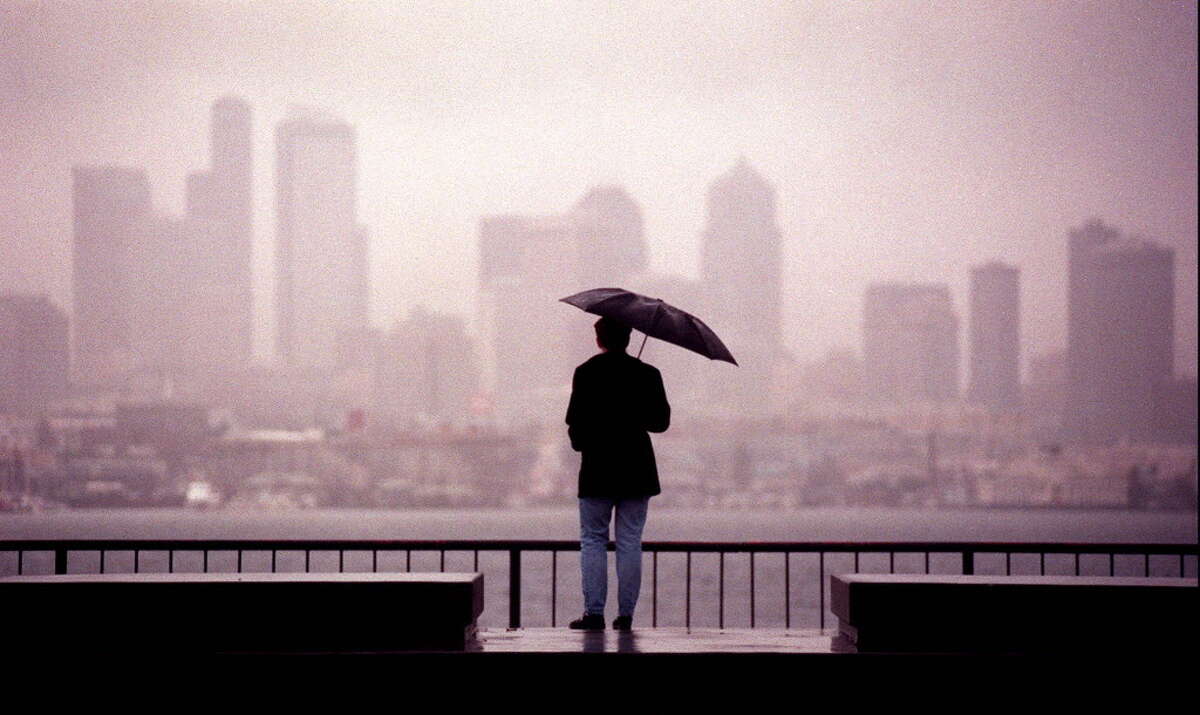 Right: How wet and gray the winters are in Seattle

Although we may dream of a white Christmas, we are more likely to get a damp one. Something “sleepless in Seattle” could be captured – at high cost … 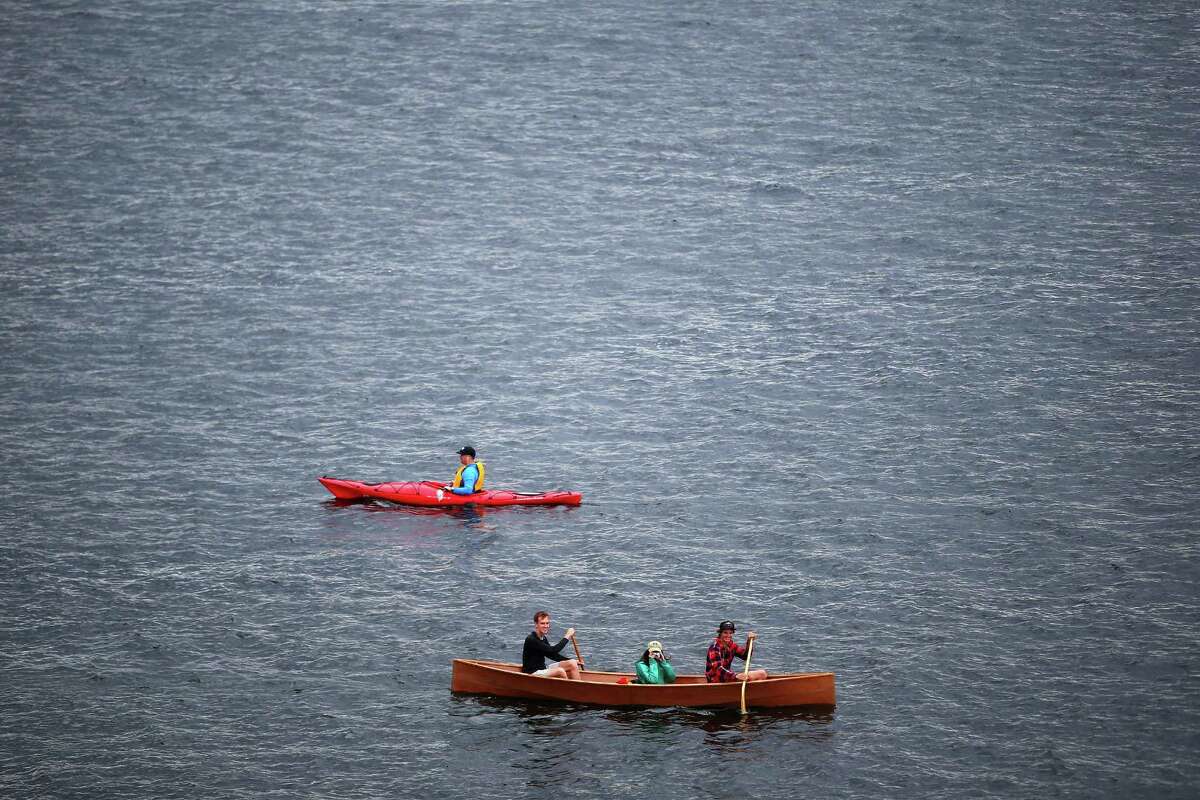 “Sleepless in Seattle” was notoriously filmed during the Seattle summer when an insanely warm summer was an anomaly instead of the new normal. In fact, it was a real drought that made the city quite angry at how filmmakers had to “create” the rainy effect of winter. 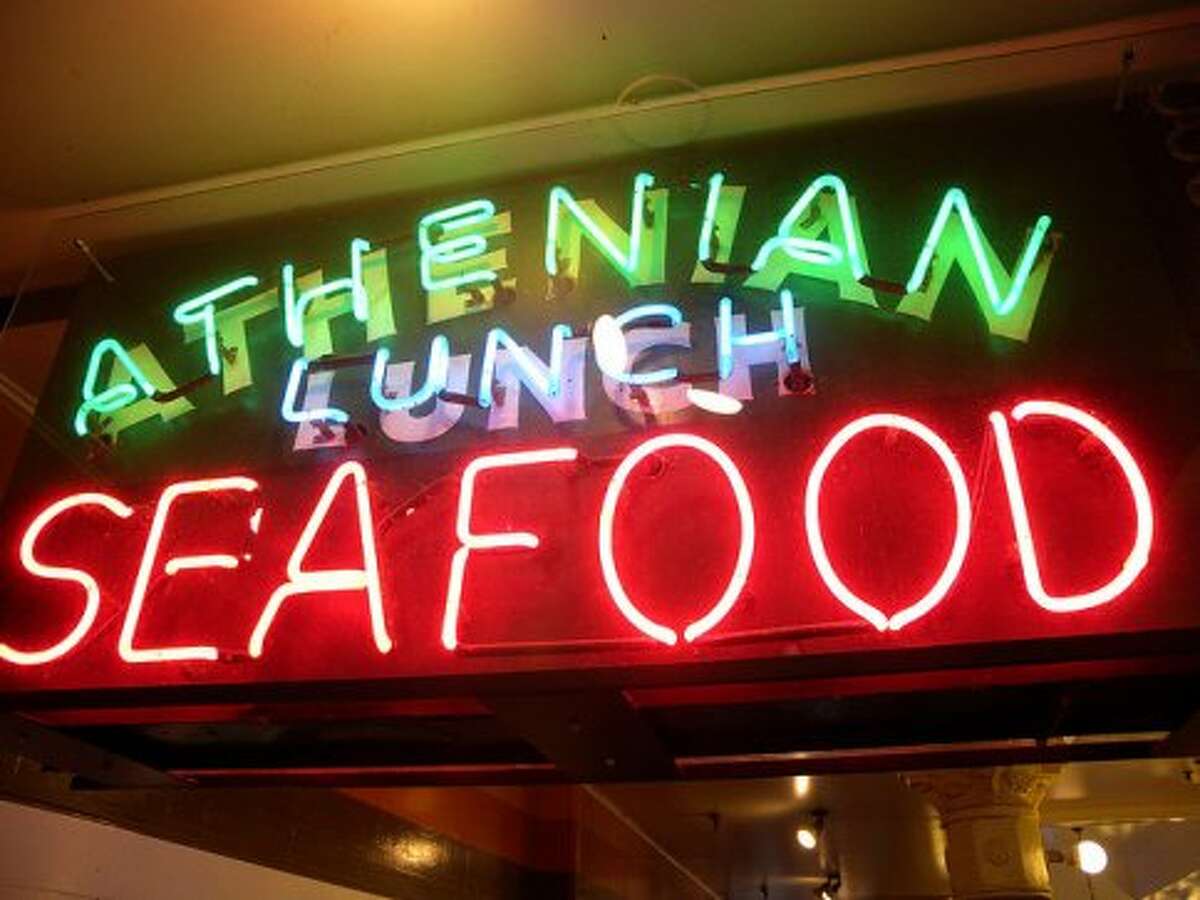 How many people knew about this joint before the movie? Who knows. But when they knew Seattleites, they already knew where they like their seafood. 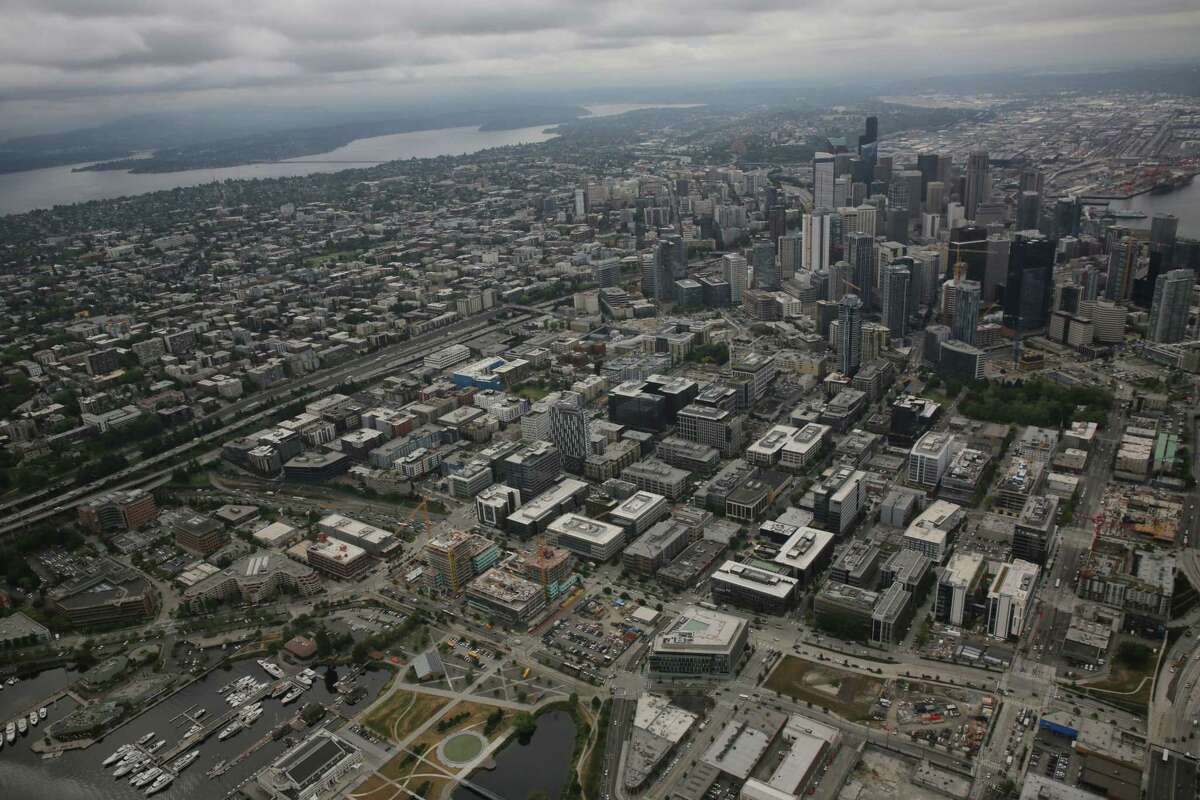 Nora Ephron said in a 1993 interview with Rolling Stone magazine, “(Tom Hanks’ character) is going from Chicago, your modern, work-oriented urban setting, to Seattle that – let me tell you, after three days there with my husband Nick says, “This is a city where people preferred the lifestyle to work.” And he’s right. There are cities like this all over America, full of people kayaking and living good. “

That was a little truer then than it is now – one look at South Lake Union is evidence that we are getting a little closer to “work” – but we still have our good roots and habits.

Filmmakers haven’t always cast Seattle as themselves, either. “Prefontaine” with Jared Leto used the University of Puget Sound as a replacement for the University of Oregon. Don’t worry, loyal huskies: The UW campus was the setting for the mundane antics of Miles Teller in “21 & Over” from 2013.

Scroll through the gallery above for the full list of Seattle-produced films.

Did we miss any? Let us know in the comments.