The architect Jim Olson, founding partner of the Olson Kundig architectural firm in Seattle, is known for the large, elegant houses he designs for art collectors around the world. But Olson knows that small can also be beautiful.

“For myself, I prefer houses this size,” he says. His own cabin in Longbranch, Washington, overlooking Puget Sound, is the most famous example of Olson’s small house walk.

The “hut in the city”, which he designed for Melissa Haumerson on a small plot of land in a densely populated area of ​​Seattle, also offers a model for compact city life. (Both houses are featured in Olson’s latest book, Jim Olson: Buildings Nature Art.)

The exterior of the house is clad in recycled fir, which is of course weatherproof.

Granted, this is not a “tiny house”. It measures 1,800 square feet (excluding the garage) and includes a central living, dining, and kitchen area with sixteen-foot ceilings, a bedroom and bathroom on either side of this space, and pantry and laundry rooms. (The separation of bedrooms allows for privacy and also makes the plan a good template for aging in place.) 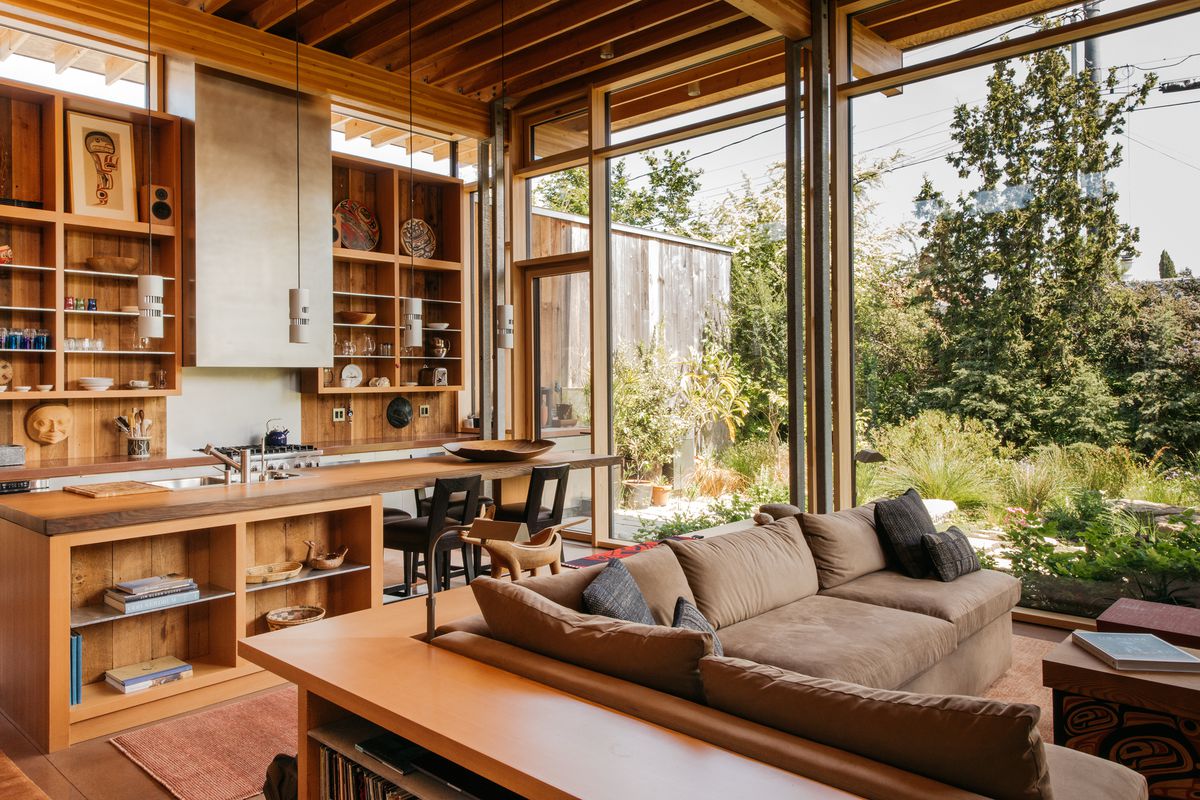 The central 16-meter-high living, dining and kitchen area has floor-to-ceiling windows facing south with a view of the garden.

Haumerson, who, among other philanthropic endeavors, buys land and donates it to conservation groups, insisted the home is sustainable, and Olson enthusiastically agreed, adding, “It shows people what you can do with a small amount.”

Olson and Haumerson share a long history; They met more than five decades ago when their two families had summer homes in Longbranch and have been friends ever since. Olson ended up remodeling his parents’ house for Haumeron’s mother – “Jim had perfect ideas,” says Haumerson – and she now owns it. 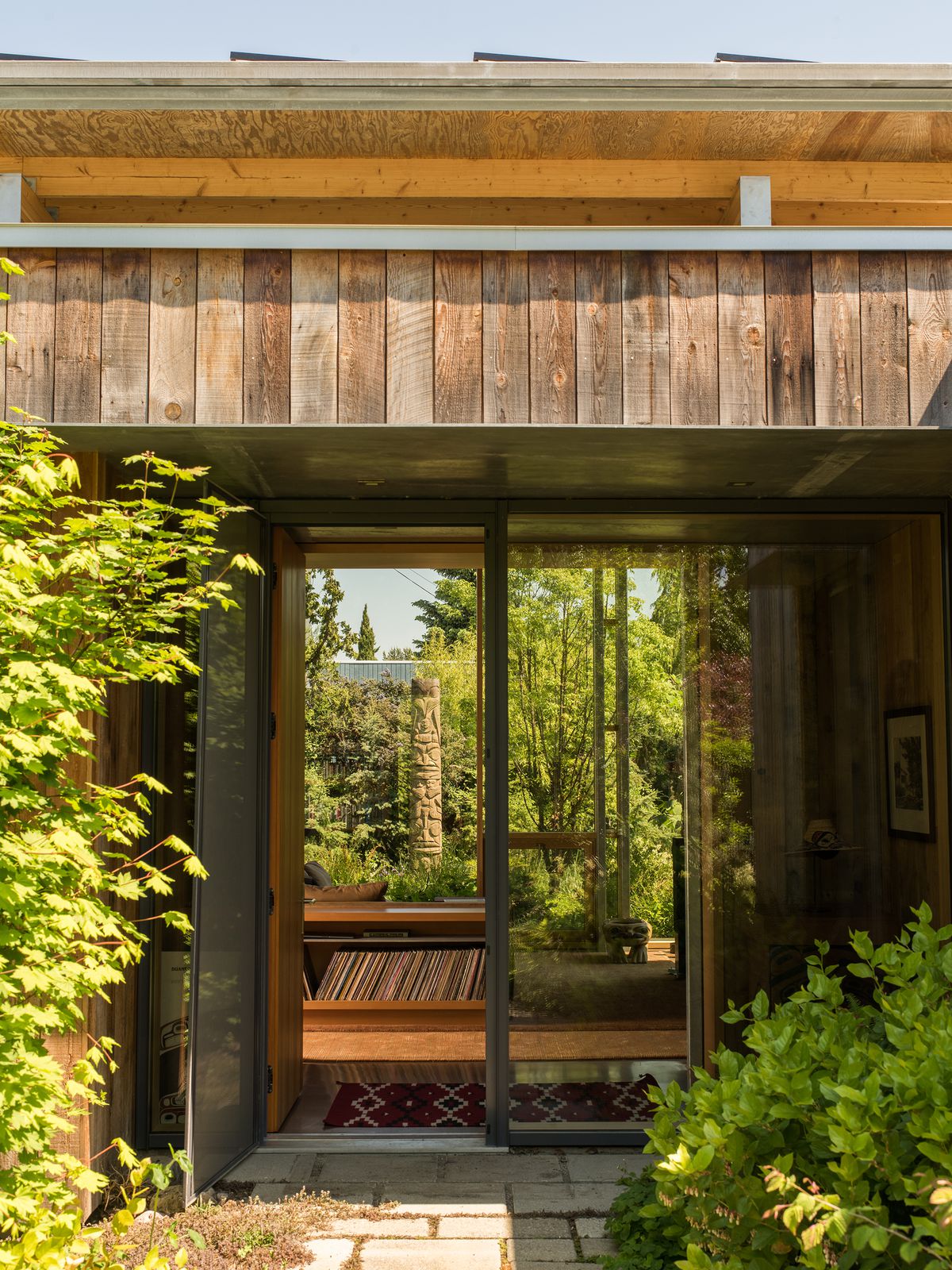 The house overlooks the rear garden through the main living area. 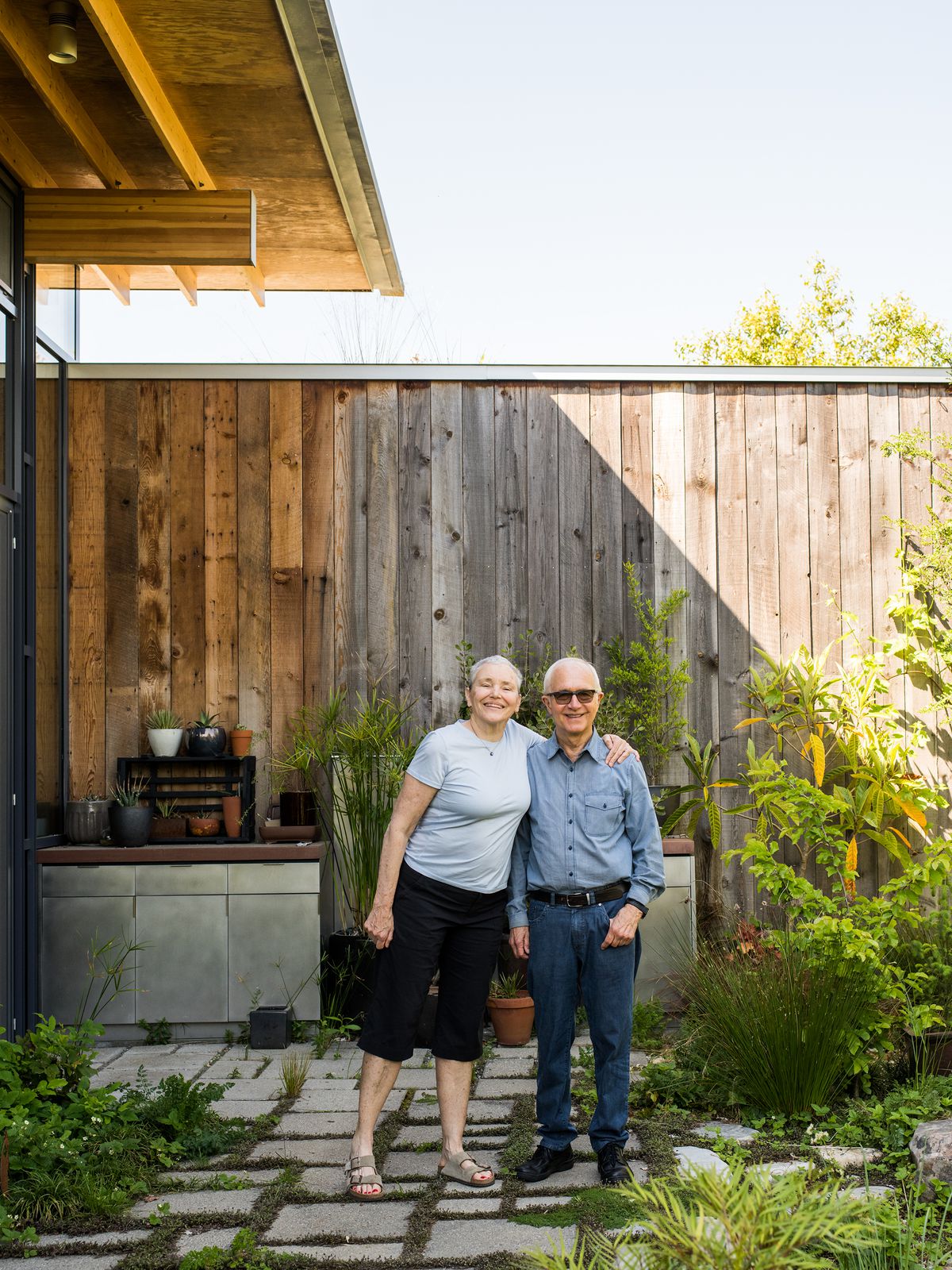 Architect Jim Olson and his client Melissa Haumerson in the garden of their Seattle home. 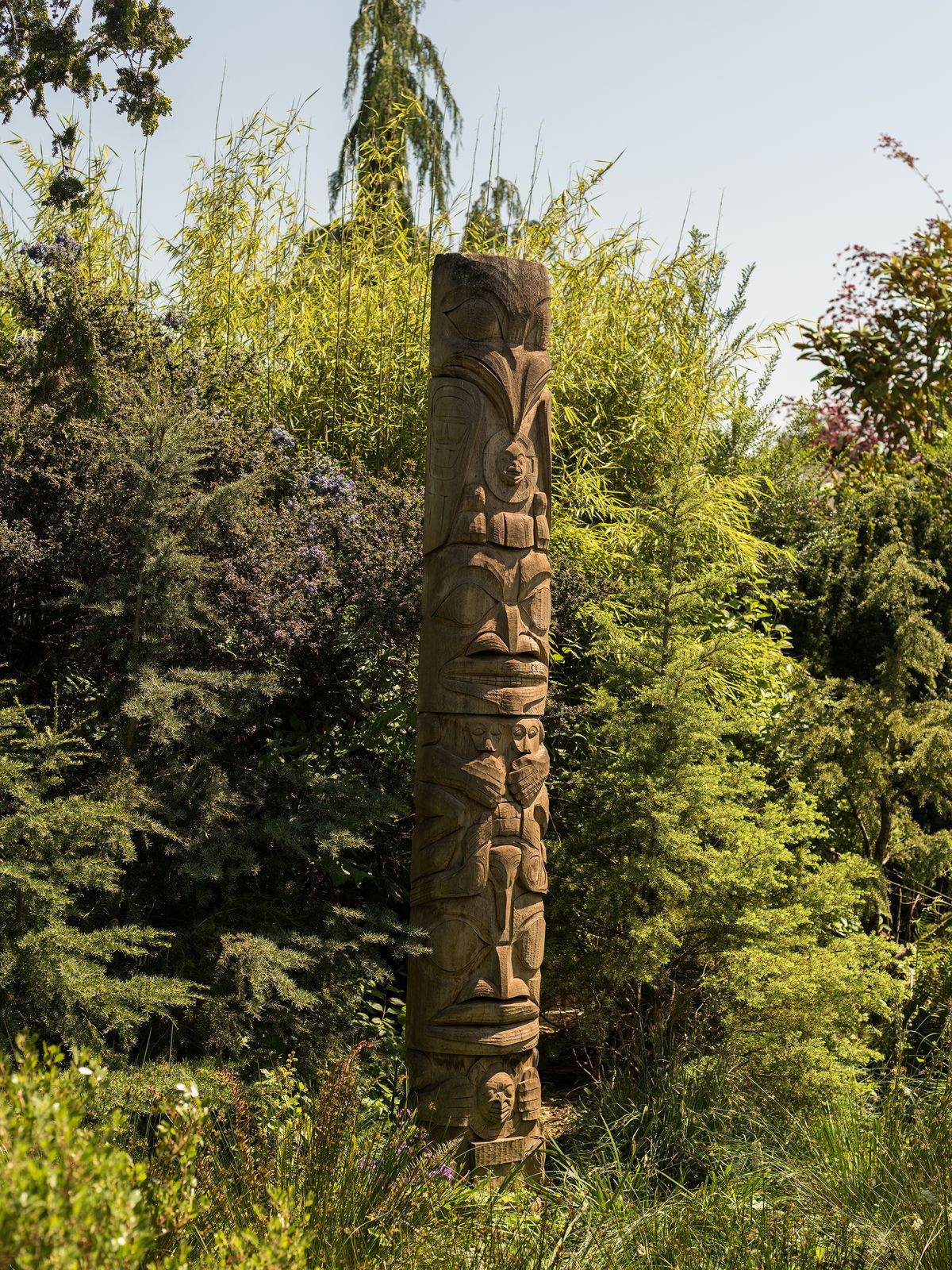 The totem pole in the garden was made by Andy Wilbur, a member of the Skokomish Indian Tribe. 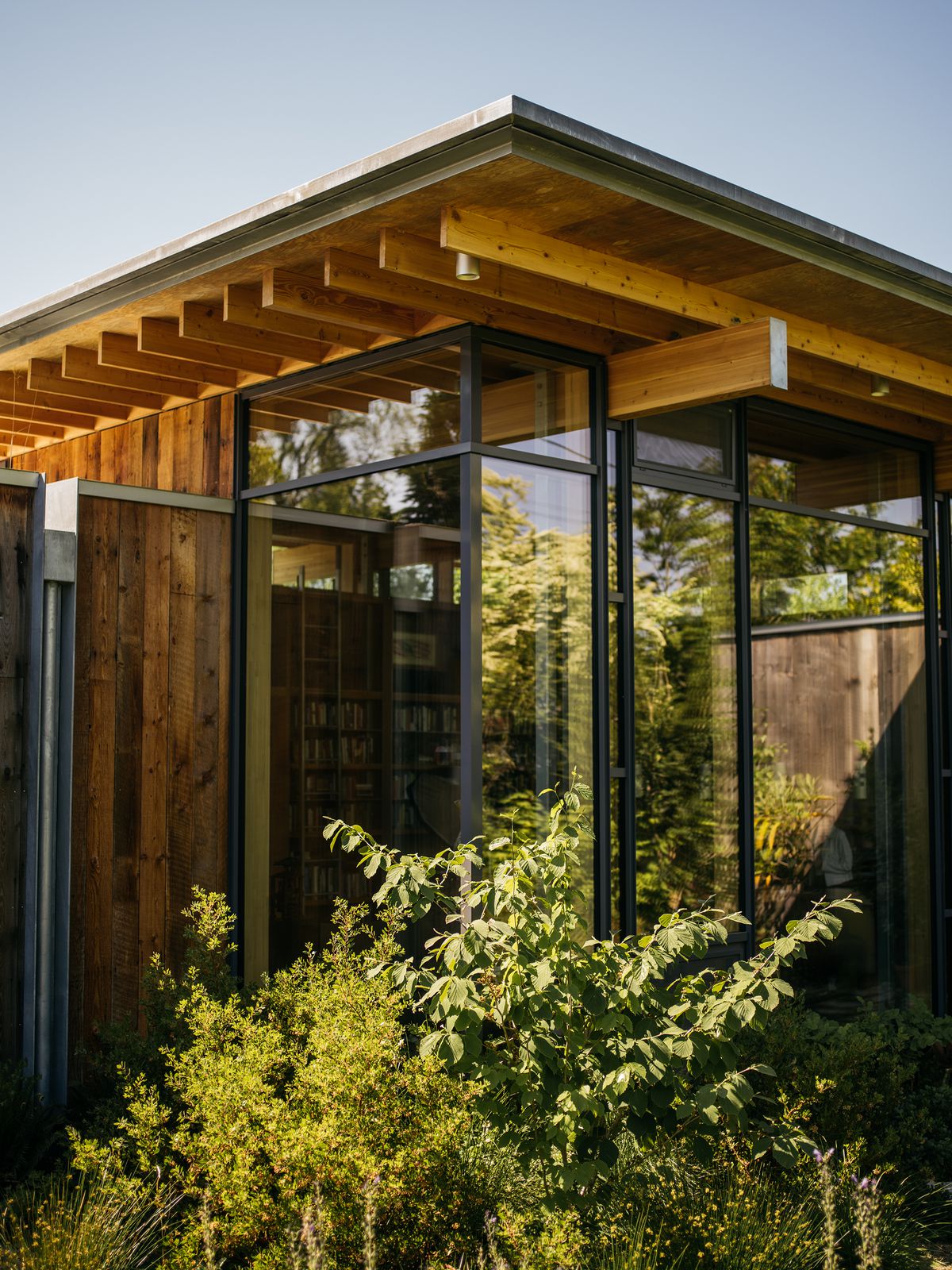 Next to the master bedroom, a corner of the living area offers a view of the room’s floor-to-ceiling bookcases.

Since she is often in Longbranch on weekends, as is Olson and his wife Katherine, there has been a lot of discussion there about what Haumeron’s house should be. And despite their long friendship, there were clear differences of opinion between the architect and the client.

“I told Jim I didn’t want a gray house,” says Haumerson, referring to Olson’s well-known preference for cooler woods and surfaces. “I wanted warmer tones. I said I need to have a place for my books and Northwest Indian art that I have been collecting since the 1970s. And I just wanted a bedroom and a guest room. “

Olson happily acknowledges the aesthetic differences they had. “Melissa told me at the beginning that she wanted warmer colors and concrete floors, but not the terrible gray concrete I have. So I told her to go to the beach and find a rock. She found a beautiful terracotta colored stone that the contractors matched to the floors and concrete exterior walls. “The floor-to-ceiling bookshelves in the main room hold Haumeron’s books, records, and Native American art. 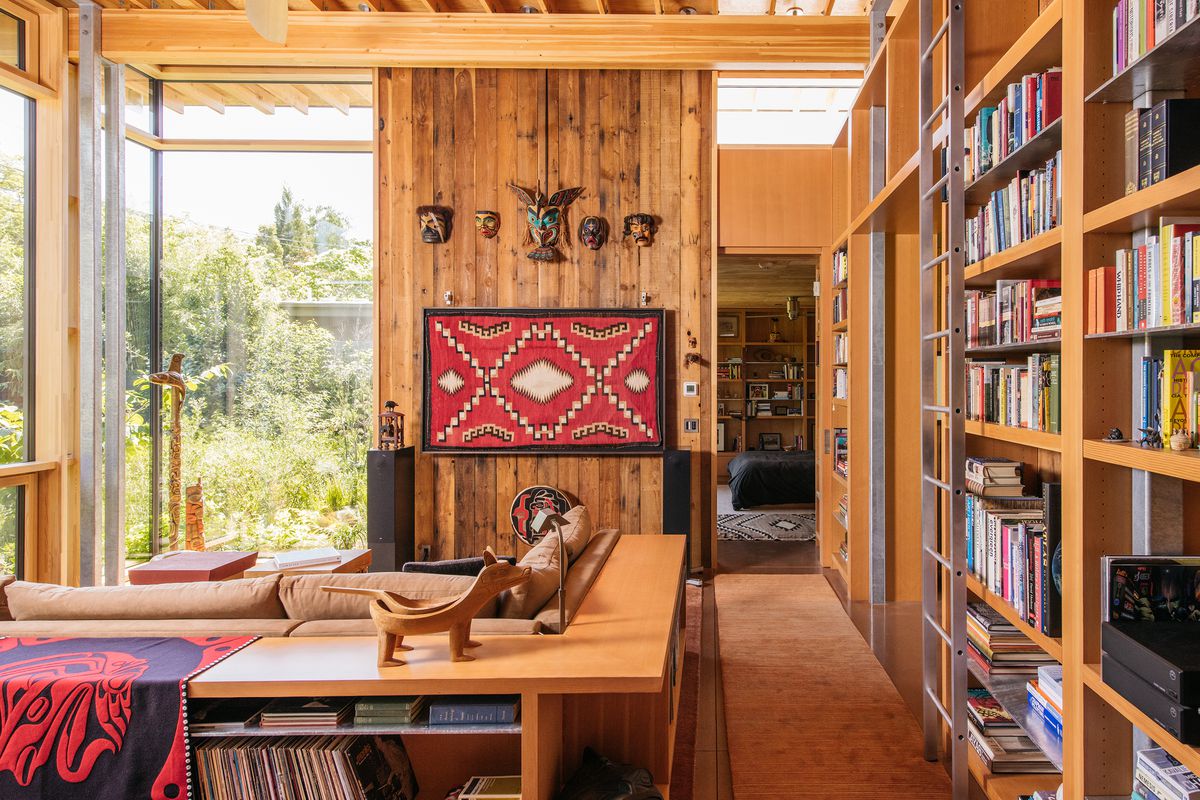 A look through the living area to the master bedroom. A vintage Navajo rug mounted on a moving panel hides a flat screen television.

“I always try to clean up the clutter,” explains Olson, adding that Haumerson doesn’t necessarily share his Neatnik philosophy. However, Olson also says that he especially loves starting a residential project, “where the customer tells me what they like and what they don’t. It’s one of my favorite parts when designing a house. “

What Haumerson calls her “summer of to and fro” also included discussions about whether she could keep her existing grill (Olson’s no-vote won) or have the big speakers she wanted in the living area (she won this one ). And then of course there was the question of the budget. “I would grumble about the cost,” she adds, “and Jim would suggest cheaper alternatives, but I always wanted the better.” However, she says, “I still grumble about it.” 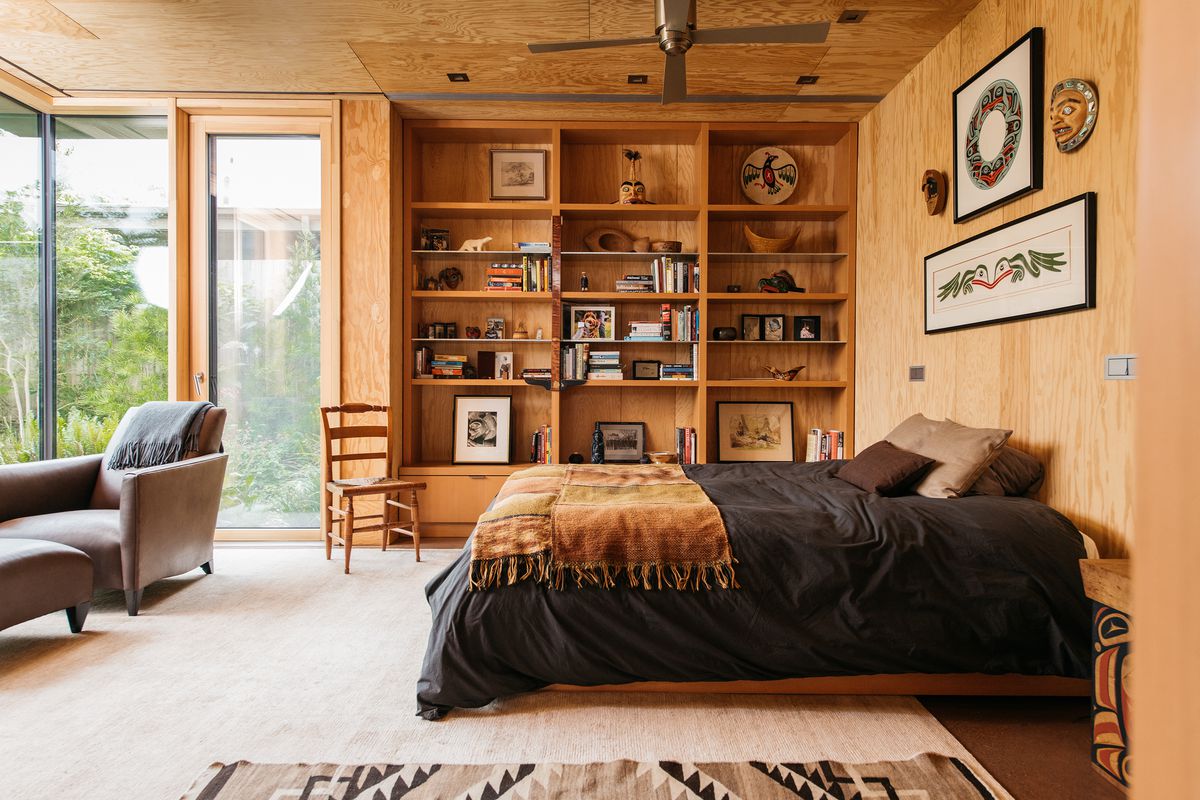 The master bedroom faces the garden and has an en suite bathroom and dressing area. 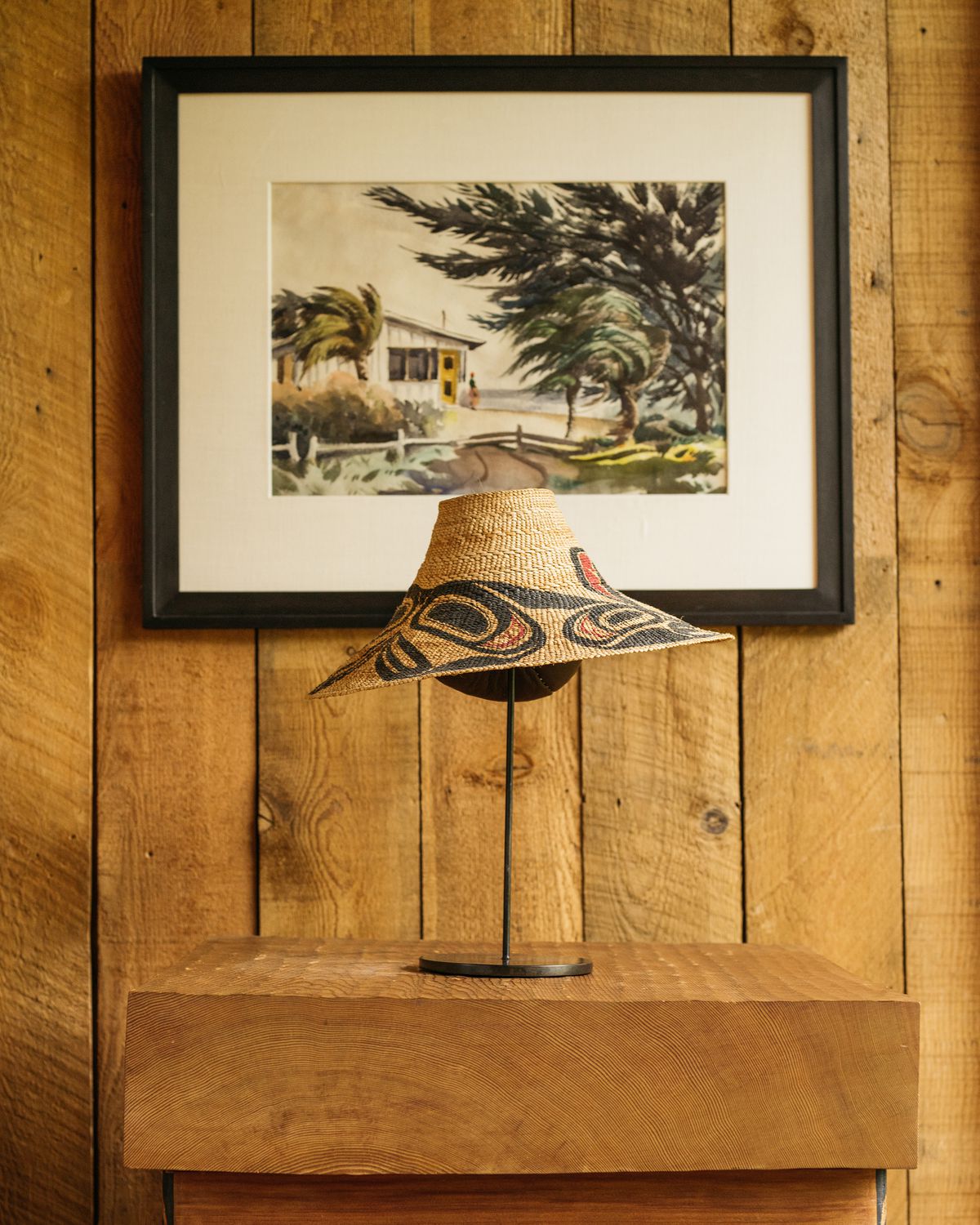 A hat – a piece of art on the northwest coast – sits under a watercolor painted by Haumeron’s grandmother in the Bahamas. 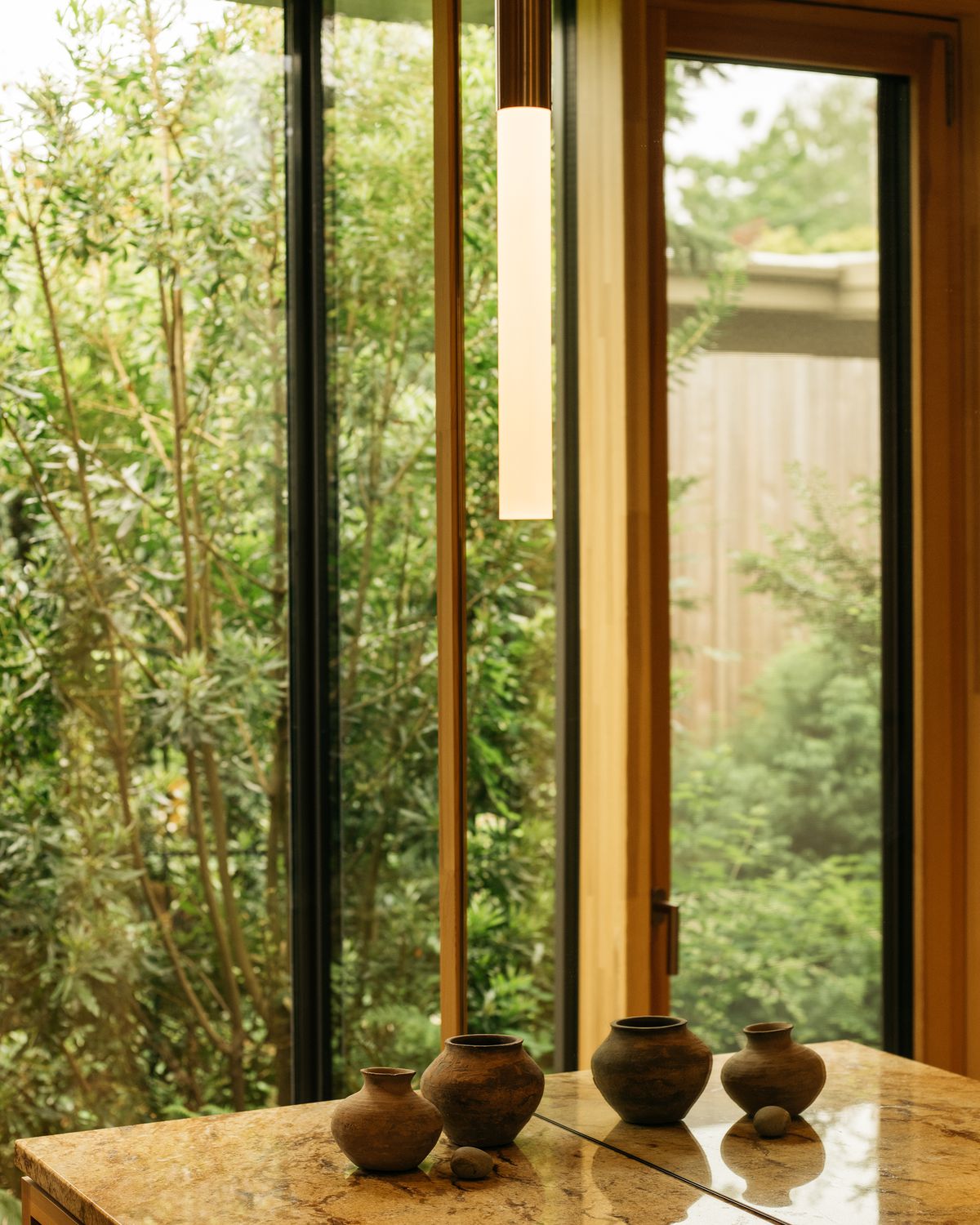 A group of antique clay pots from the Oliver Gustav studio in New York came from a shipwreck off the Spanish coast.

Of course, the two of them also agreed on many things. They wanted the house to “feel as close as possible to the outside,” says Olson, and the high ceilings allow the windows on the garden side of the house to “go all the way up”. The windows in the main room provide additional light while maintaining privacy.

Haumerson loves the plywood Olson chose for the interior walls and the recycled fir tree from a local fruit store that he used for the exterior. it will of course develop a patina with age. And she adds, “You can look through the house, from the back yard to the front yard. I like it. “Haumerson also praised Renee Boone, who served as project architect for Olson Kundig, as” very focused; I’m always in three places at once “and the contractor Dovetail.

The bottom line, says Olson, is that “Melissa’s house is perfectly ‘she’.” In fact, Olson likes the house so much that he says he could live in it himself. “But I would have to dye it gray.”

The story of one ordinary park brings new hope for Seattle’s...

An immersive Vincent Van Gogh experience is coming to Seattle, and...

Seattle police kill person believed to have shot 2 in Central...

Measure to reduce barriers to building ADUs in Seattle gets mayoral...