We usually talk about the entire Seattle subway area on these pages, but I’d love to take a while to discuss one topic that is most relevant to Seattle: density.

There’s no denying that Seattle has been booming lately, largely thanks to the strong growth of the local tech economy – unbridled growth at Amazon, continued growth of local Silicon Valley outposts (e.g. Facebook, Google, etc.), and even the migration of large corporate tech employers from other cities in the metropolitan area to Seattle (e.g. Expedia) … you got the idea.

All of this adds up to the fastest population growth Seattle has seen since 1900-1910. 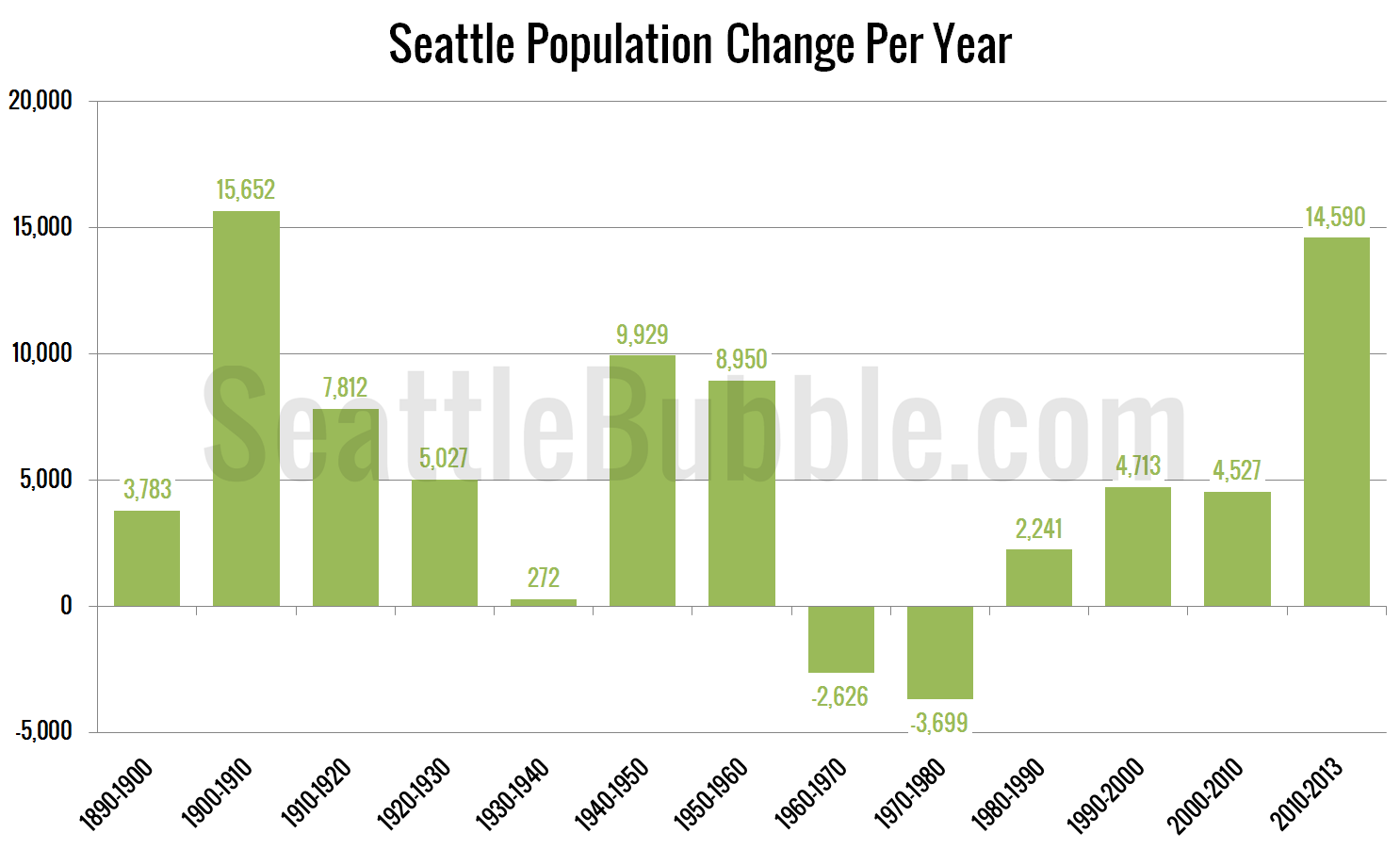 If the population in Seattle continues to grow, we will have to face a tough housing situation: the death of the single family home.

As of 2013, around 43 percent of Seattle’s housing stock consists of detached single-family homes. That’s already a minority, but if Seattle can continue to grow, that number has to be much lower.

With 7,776 people per mile, Seattle is currently the tenth largest city in the country, although it is only the twenty-second most populous. However, if Seattle is to continue to take in more people in the limited space available, we will have to kiss a lot of our single family homes goodbye.

No American city of 10,000 or more people per mile has more than 25 percent of its apartments as single-family homes. Here’s a look at population density versus the proportion of single-family homes in the 50 most populous cities in the United States: 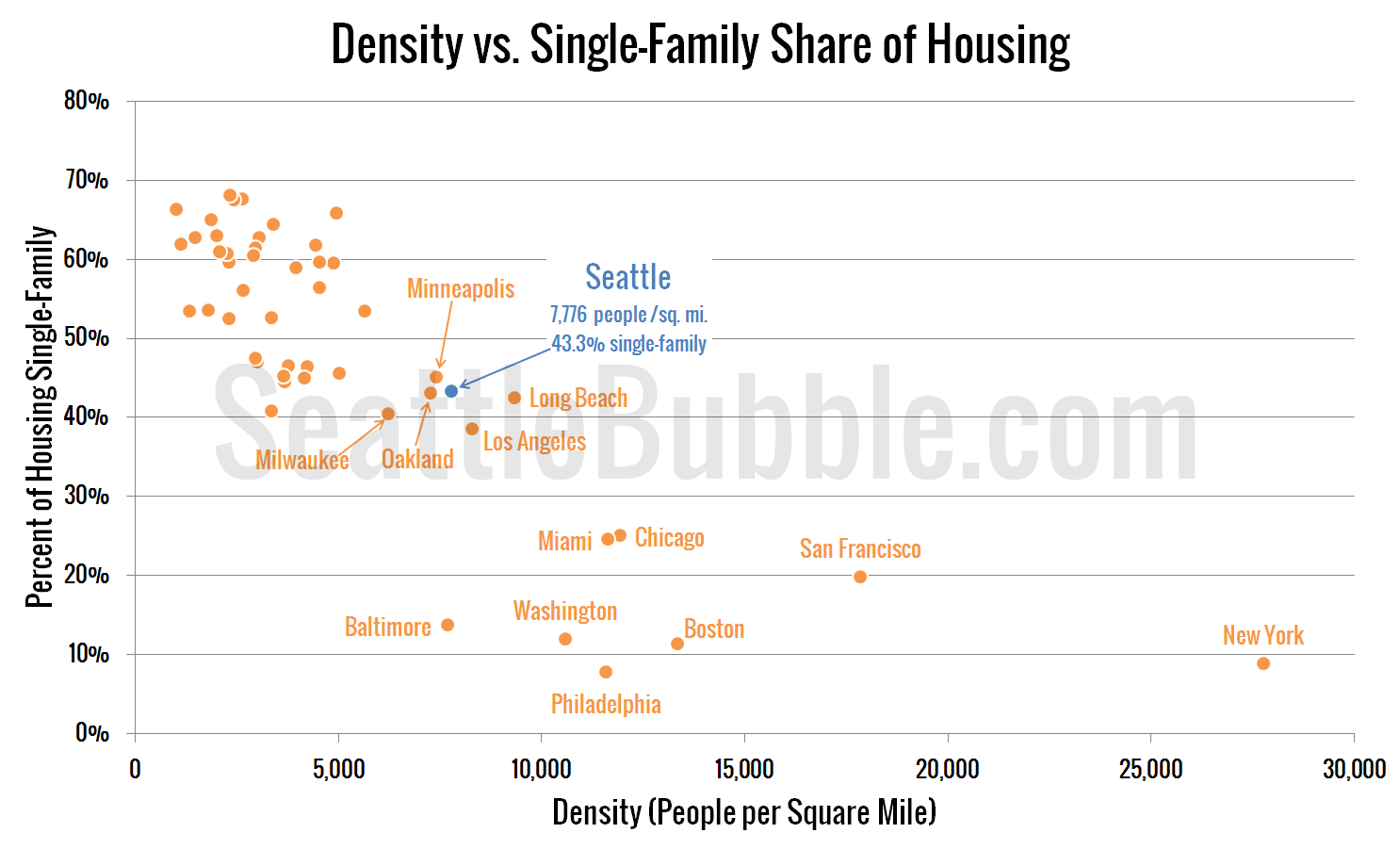 If Seattle continues to add people at the rate we’ve seen in recent years, the population will skyrocket to around 900,000 by 2030, which is a density of 10,727 people per square mile. Even if none of the homes built to support population growth during this period were single-family homes, today’s stock of single-family homes would still represent around 31 percent of all housing we will have in 2030.

I contend that this is practically impossible. Either Seattle population growth will slow dramatically again in the near future, or we will tear down many single-family homes to make way for more townhouses and condos. Anyway, it looks like the next decade will be a very interesting time for Seattle.

What to Ask Your Greenleaf Realtor

This Week in Seattle Food News: A Lebanese Restaurant Opens In...

The Great Seattle Floating Home War Of 2013 Has Begun