A majestic Art Deco stone building overlooks the reservoir in Capitol Hill Volunteer Park is flanked by two camel sculptures. It was built in 1933 as the original home of the Seattle Art Museum (SAM). When the museum moved to its new home at Second and University in 1992, it became the Seattle Asian Art Museum, a location that displayed SAM’s extensive collection of Asian art, which SAM originally focused on.

For 25 years, the Asian Art Museum grew in a beautiful and significant site designed by Carl F. Gould of Bebb and Gould and added to the National Register of Historic Places in 1989, but originally built for a different museum. But in February of this year, a massive renovation and expansion by LMN Architects gives the historic building both a home and a stronger connection to the surrounding park.

The Asian Art Museum building had never been significantly improved or renovated, a rather dramatic problem for a building more than 80 years old in the middle of a large seismic zone. Art preservation technology has also improved significantly since then, and the aging building lacked the necessary temperature and humidity controls. 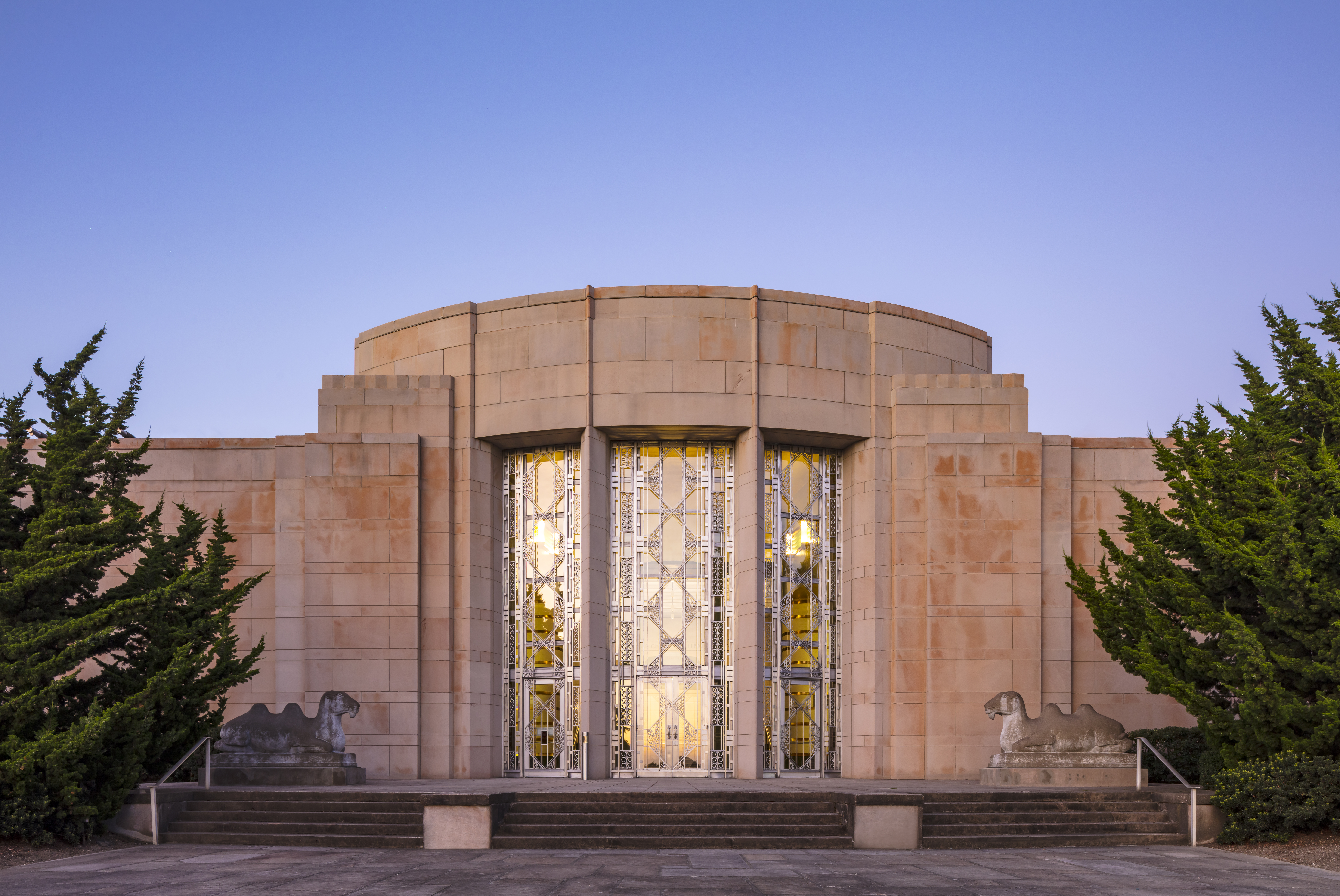 SAAM’s original facade from 1933 before and after the restoration. Shutterstock and Tim Griffith

For two years, the Asian Art Museum closed its doors to allow its building to be renovated into something that not only meets modern standards but was built specifically for its programming needs. It was also an opportunity to restore the building’s already significant features to their original splendor and to better combine a largely self-contained structure with the wide open space of the surrounding Olmsted Park.

Visitors still enter the iconic western front with preserved, original sandstone and newly glazed glass. A stroll through the original lobby still leads to the Fuller Garden Court – a minimalist, central hub designed for both collecting and programming – which has been restored closer to what it looked like in 1933. However, this leads to a new third lobby, wrapped in glass, overlooking the east side of the park. 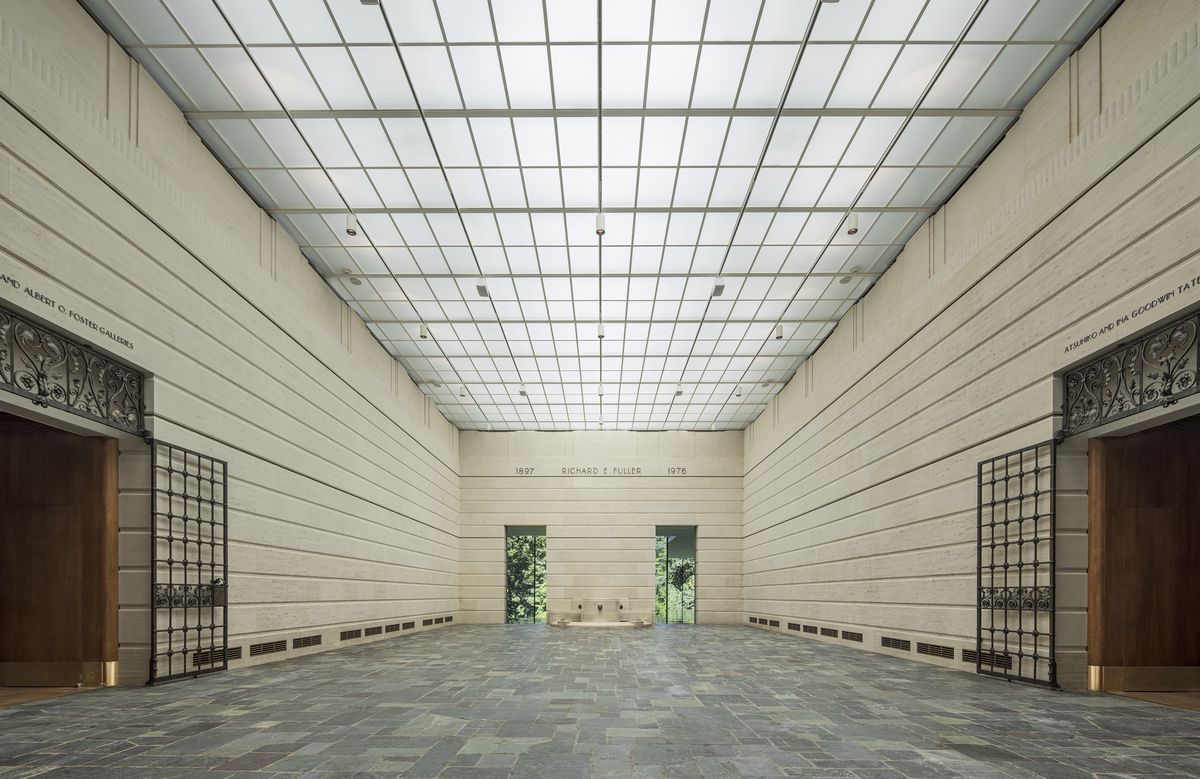 Together with the new lobby, the renovation expands the program area of ​​the Asian Art Museum with a new 2,650-square-foot gallery, education studio, conservation center and common room, as well as behind-the-scenes improvements such as a new art elevator and HVAC controls. Three wells – two inside and one outside – were also renovated during the renovation. The restoration of Olmsted-designed paths around the museum also improves the museum’s relationship with the park.

Overall, the remodel expanded the gallery space at the Asian Art Museum from 12,276 square feet to 16,173 square feet.

“The project restores the original character of the museum and improves the Fuller Garden Court as a central meeting point, but also creates a new sense of expectation that is reinforced by the two new portals that open up to a lobby above the park”, says Wendy Pautz, design partner at LMN. “Due to the height of the tree canopy, museum visitors experience a new relationship with the park, while park users can also have a corresponding relationship with the art and activities in the museum.” 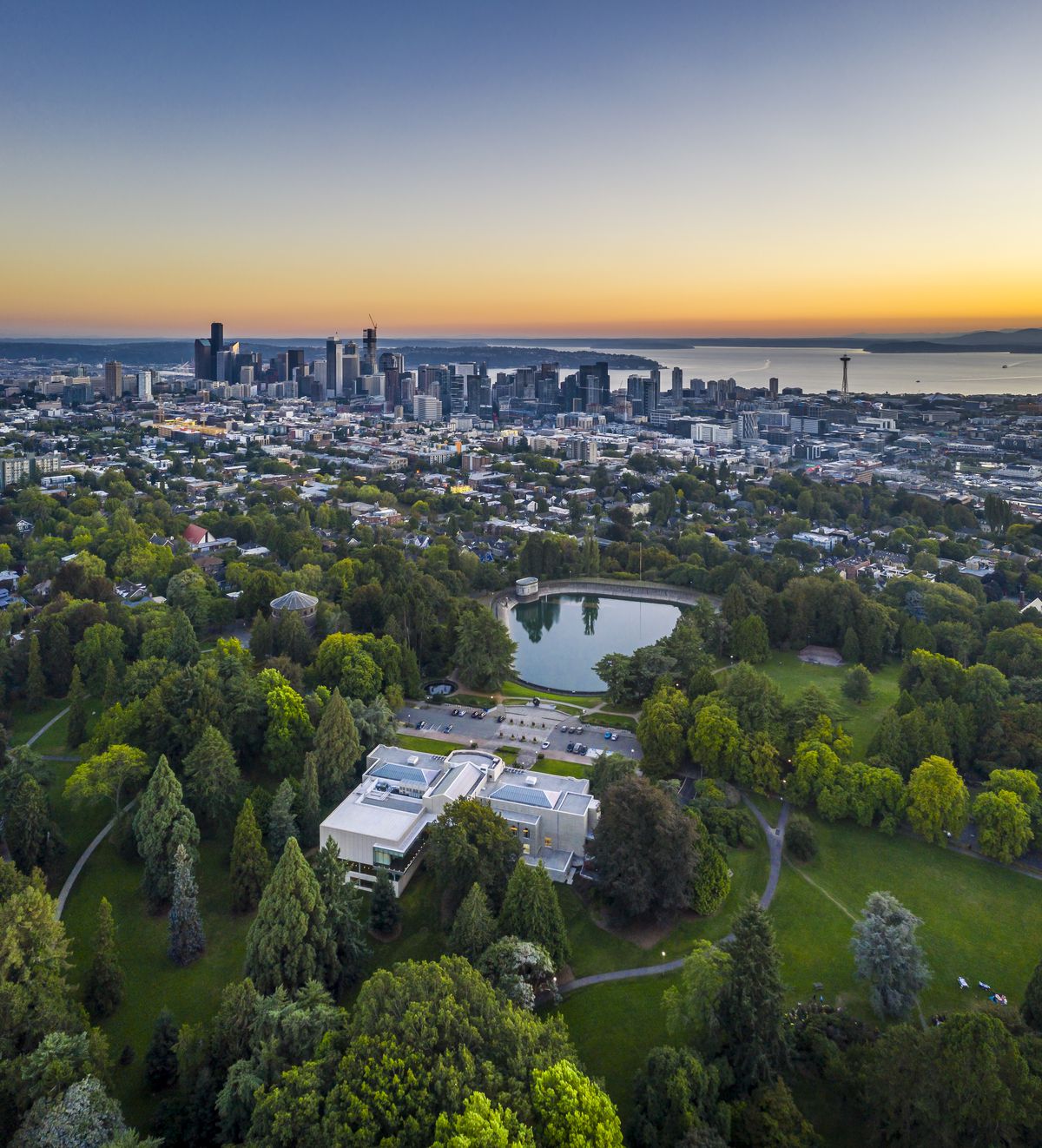 The newly expanded SAAM in the larger context of the Volunteer Park. Tim Griffith / Courtesy SAM

Although the renovation had been planned for years, it was not without controversy. A group called Protect Volunteer Park questioned the plan to add to the museum’s footprint, claiming it would disrupt the park’s views and original vision. Ultimately, the Seattle City Council approved the plan, and the expansion laid the foundation stone in spring 2018.

The City of Seattle owns the building, but the renovations have been funded by both public and private funds. According to SAM, the total cost of the project was approximately $ 56 million. $ 21 million came from the city, $ 1.5 million from the state, and $ 1.4 million from the county, but the rest of the funding was private.

The reopening weekend of the museum is February 8th and 9th, 2020 with two 12-hour program days with Asian art from different time periods and cultures, organized around 12 themes and whose material and spiritual life is divided in the wings of the building. Entry is free, but with a ticket – these will be available in early December.

“This is a pivotal moment for SAM and the city of Seattle,” said Amada Cruz, CEO of SAM, in a statement. “With the completion of this project, we are unveiling new spaces to connect the museum’s extraordinary collection of Asian art with our lives and experiences.”

A Seattle architect embraces the rain in AIA exhibit ‘Because It...