Depending on when you walk by, Wallingfords Juisala looks like any other juice bar, serving açai bowls, smoothies, and juices made with nutritious ingredients like beets, turmeric, and celery. But pass the shop front at a different time and the aroma of steaming sticky rice, bubbly porridge or fragrant ginger and spring onion sauce draws you to the small window a few feet from the main entrance.

For the past few months, Juisala’s take-out window has been displaying a rotating series of rice-focused pop-ups, each focusing on a single type of dish and doing amazingly good, modern take on classic recipes.

Pop-ups of this style that temporarily but regularly use an existing restaurant kitchen have become increasingly popular during the pandemic as restaurants want to make good use of their empty space while they are closed to dine and in many cases work a few days or less with reduced hours.

Some, like Old Salt Fish & Bagel in Manolin, are run by the same people as the restaurant itself, but with a different concept, name and menu, and Brunch Box that calls itself “pretty much the same people” as the people who run it Phusney Ridge Restaurant, Opus Co. Others, like Three Sacks Full, show up in the same places regularly every week.

But rarely does one place – a small, inconspicuous window – house such a treasure trove of regular, rotating and thematically linked popups like Juisala. All three spots listed here accept pre-orders. Pre-placing your order will ensure that you will appear if the popup you are looking for works and from the Juisala side to Wallingford Ave. N., south of 45th St. and across from Wallingford Center.

The midday shift at the Juisala window belongs to Secret Congee, which pours bowls of its uniquely flavored rice porridge from Wednesday to Sunday from 11 a.m. to 3 p.m. Congee, the warm, calming staple of many Asian cuisines, usually seeks subtle richness, but this is where it becomes a canvas that Chef JP Lertsirisin paints on with taste. Secret Congee features recipes designed and made by chefs from across the city come from different kitchens. It fills its Thai-inspired tom yum soup with an absurd amount of shrimp. Korean flavors can be found in beef and kimchi, and Japanese ingredients inform the miso-roasted kabocha pumpkin mushroom version topped with furikake and sesame oil. 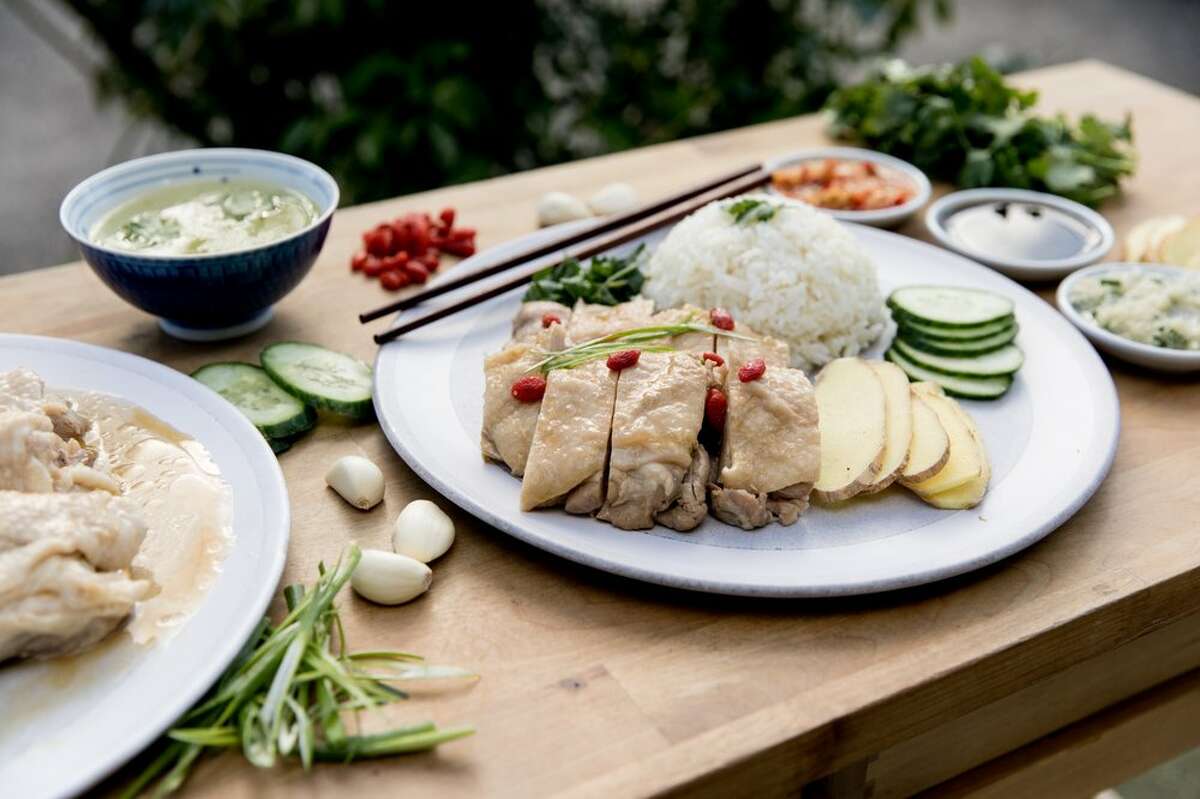 Courtesy of Drunken Chicken via Yelp

The only Hainan chicken rice restaurant in Seattle only serves its signature dish, a similar dish with a little variation, and a vegetarian version of it – and it doesn’t need anything more. The simplicity of the name and appearance – chicken and rice – has long been considered one of the greatest foods in the world. But this spot, which is open Thursday through Sunday from 5pm to 8pm, focuses solely on the dish and is an impressive version. The chicken is marinated in rice wine, which gives the restaurant its name, before steaming, and arrives chilled with a seasoned rice that plays a key role in adding flavor to the dish. Each serving also includes cucumber slices, broth, and an assortment of sauces – spicy herbs, ginger spring onions, and sweet soy – and the extra dollar for an extra sauce is well worth it to try a different type. 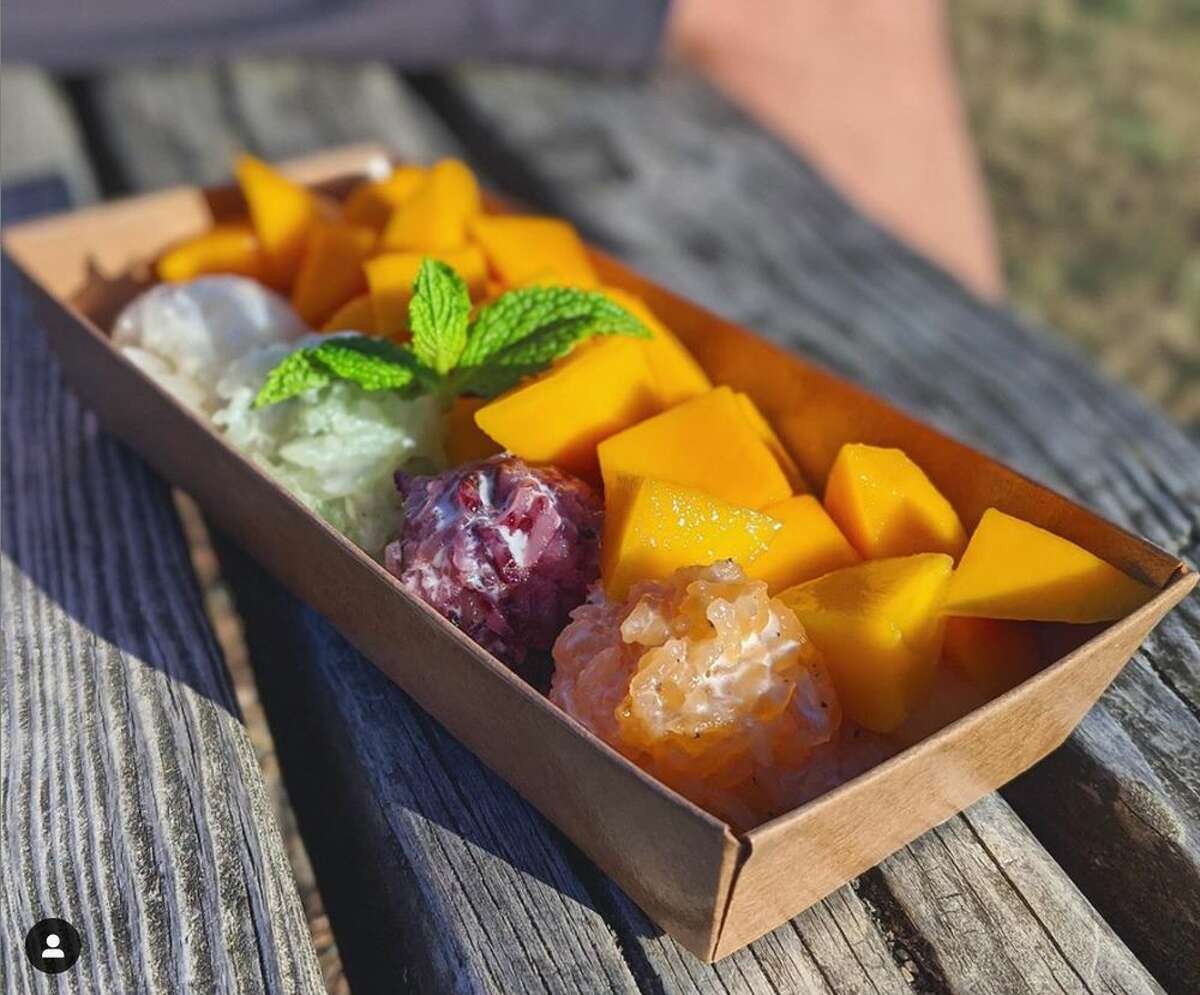 Nit shares almost exactly the same hours as Drunken Chicken in Juisala, which means guests can order a combination of the two and watch their chicken meal with dessert. The main product here is the classic Thai dessert made from sliced ​​fresh mango and sticky rice with coconut milk poured over it and a pinch of roasted mung beans. But it also offers mango-free alternatives, including durian and jackfruit, and the rainbow of rice comes colored orange from Thai tea flavored with coconut and a light green shade from pandan.

Your Guide to a Socially Distanced Weekend in Seattle: Breakfast Sandwiches,...