As if browsing the apartment listings wasn’t difficult enough, there are more than enough types of houses to choose from. Or not. When style doesn’t matter, when we are all the same, one style is the solution for everyone. Welcome to the Seattle area where there are dozen of styles and styles within styles. (By the way, if you want official definitions of these, consult an architect. This is just a start.)

The original home for many frontier families, built from logs because there was no time or tools to turn them into wood. and built small to meet needs and leave needs until later. A steep roof throws off rain and snow. A covered porch meant a dry place to work. Heat and cook by burning wood, at least in a fireplace, at best in a wood stove. Eventually running water and electricity appeared. Now they have grown into lodges ten times the size they were originally. 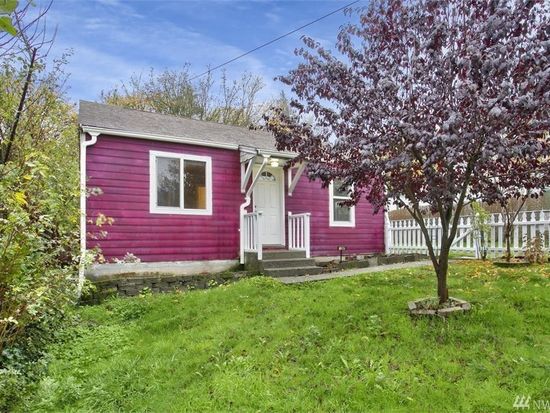 Whether as a starter house, vacation or something just right for a minimalist – bungalows and cottages are usually tiny and often cute. They are easy to imagine with flower gardens wrapped around them, perhaps on the beach, with a bit of ornamentation. Sometimes nothing special. If they have an upper story, it’s probably in an attic. Take care of your head. Many of them showed up when people moved to Seattle during the boom you envision. In some ways the ADU is the modern version. More services in urban areas, smaller families, and an electronic life make it easier to live smaller. 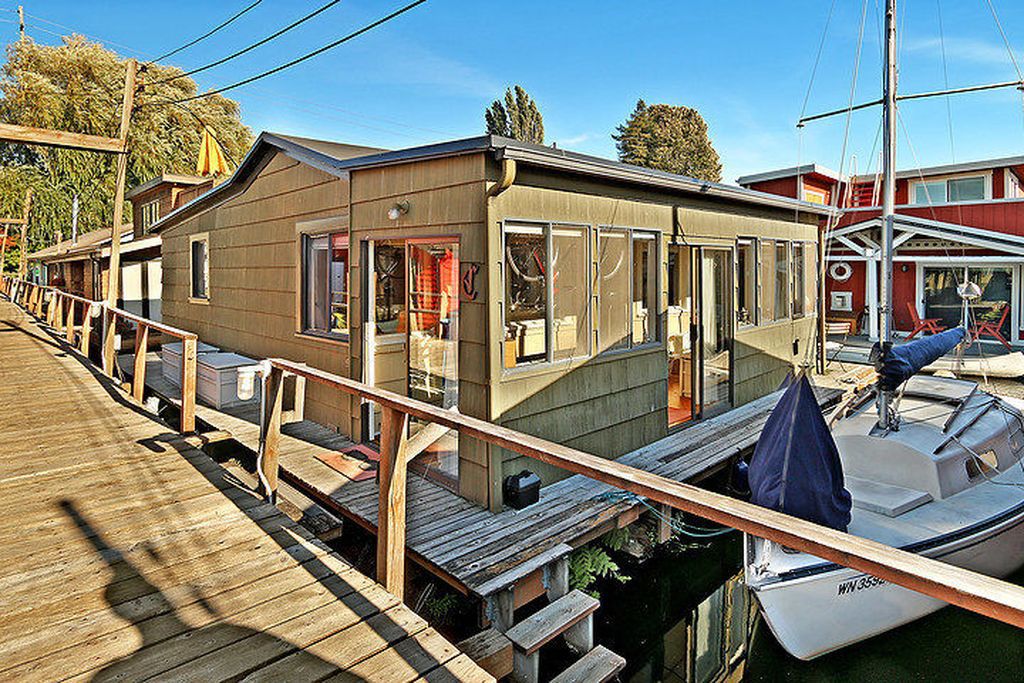 We have water, lots of it. Land was often a problem. First, it was covered with huge trees. Now it’s covered neighborhood by neighborhood. One answer: take a cottage and build it on floats instead of a foundation. Would you like to make it even easier? Buy a boat and make a living from it. Do you want a compromise? Build a boat that swims well, lives well, but probably only sails a few times in its life. They started out small, but as Seattle gets richer, more famous and denser, floating houses become floating mansions. 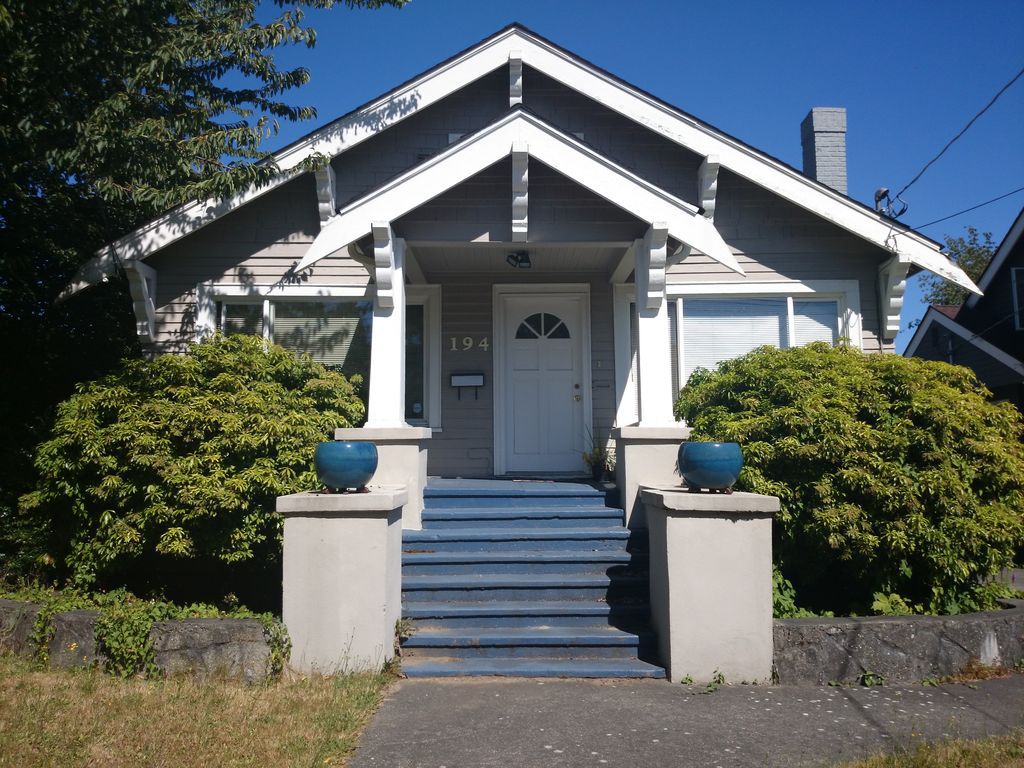 A craftsman sounds like a house that was built by a craftsman for a craftsman. Even when small, they are known for showing handicrafts in as many aspects as possible without pomp. Typically made of wood, the woodwork is emphasized in the paneling around the pitched roof and pillars on modest but useful verandas. A fireplace with built-in shelves, perhaps with a few artificial niches, lead glass, and a tasteful mantelpiece fit the stereotype. The style is so appealing that it builds craftsmen who no craftsman can afford but can earn a lot from building. 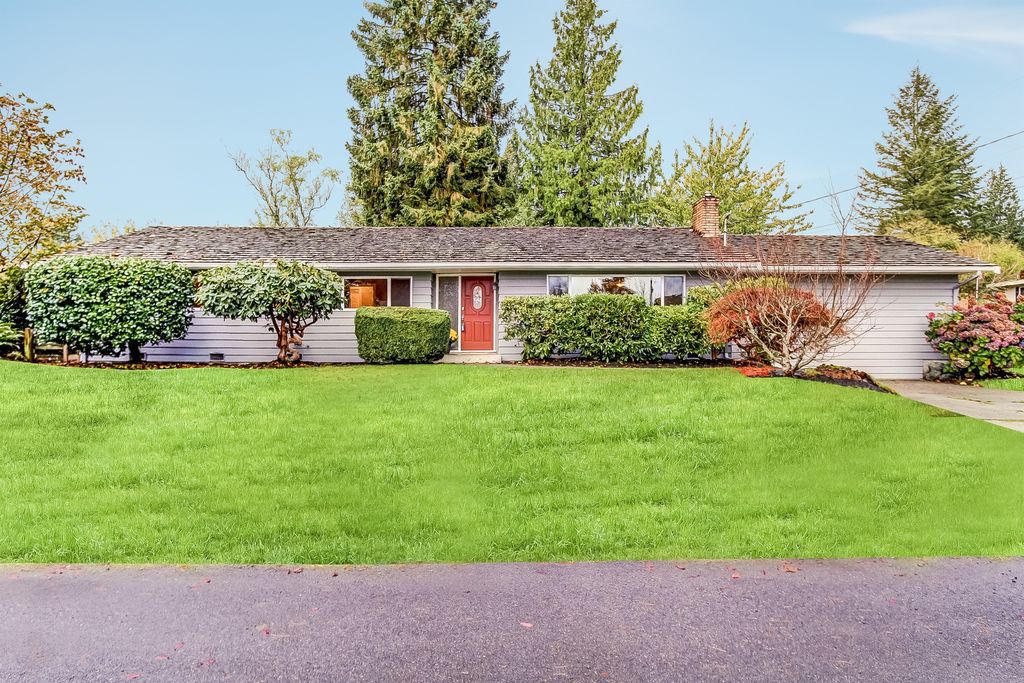 Ranches and ramblers were simple and effective and became popular after World War II. One floor, maybe with a basement on a flat lot, maybe with a daylight cellar on a sloping lot, a moderately sloping roof, they were usually larger than the bungalows. As families grew, that became a problem. Beautiful rectangles are easy to edit. Expand it a little and make room for a garage for one car and then two cars. Carpets are becoming more common and even cover wooden floors. Build around modern equipment (of the time) and have plenty of free time. Law? 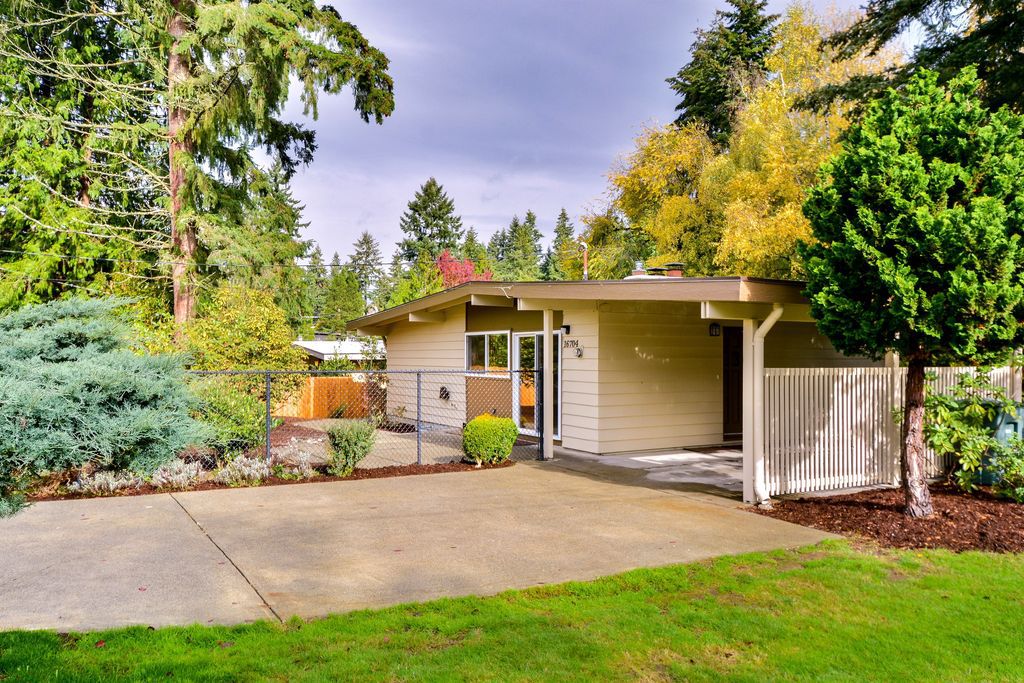 A house named for where it’s located in time can become iconic, but Midcentury inevitably needs to be renamed as we approach the middle of this century. Thanks to the baby boom, a booming economy, new materials and construction techniques, and a more urban or suburban lifestyle, the midcentury was born. A bigger family means a bigger house. A roof could be flatter and still lose the weather. That can eliminate the attic but open the space for higher ceilings with exposed beams. Large windows are available so it is more likely that they will be floor-to-ceiling. Open floor plans are becoming increasingly popular, maybe just to let the kids run around. 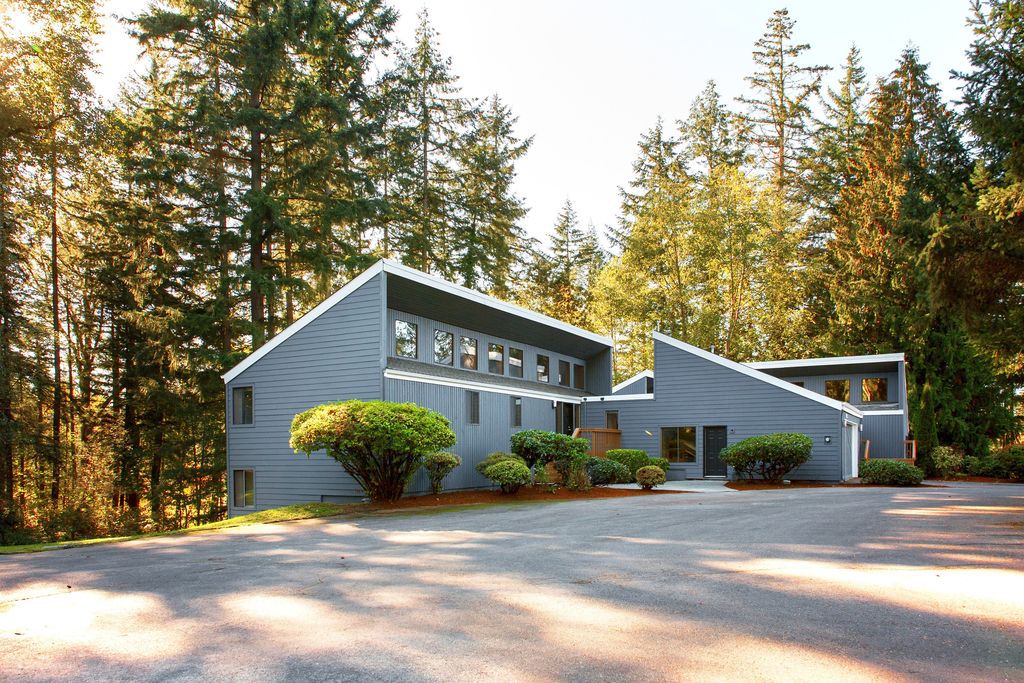 NW Contemporary is like the Midcentury but emphasizes wood inside and out, and may even sit so close to the forest that it is difficult to see the house for the trees. The roof could be steep or flat, but the window areas are preserved. The sizes also grew; just like the economy. More economical heating (at least for a while) meant that even higher ceilings were manageable. Volume rules. However, being in the Northwest also means that it is rather unconventional, so there is a lot of variety within the style. Some embody sleek northwestern elegance that they have aged well. Dealing with lightbulbs near the rafters also means high ladders and bargaining with spiders. 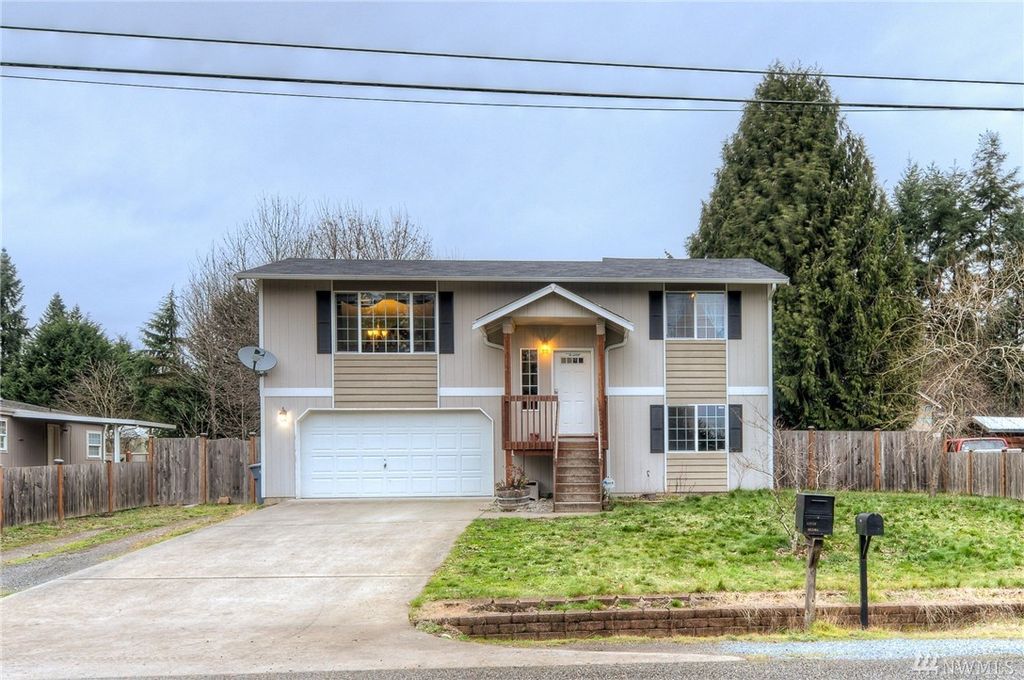 Do you want to bring more people to a smaller property? Start adding stories. Share the entrance. Formal spaces on the upper floor. Children and the family room on the ground floor. Make sure there is a door between the two to keep the noise down. Put the master over the garage, and the parents have quieter time. Move the living room above the family room and the noise ends at one end of the house. There is still space outside, so tell the children to play outside. 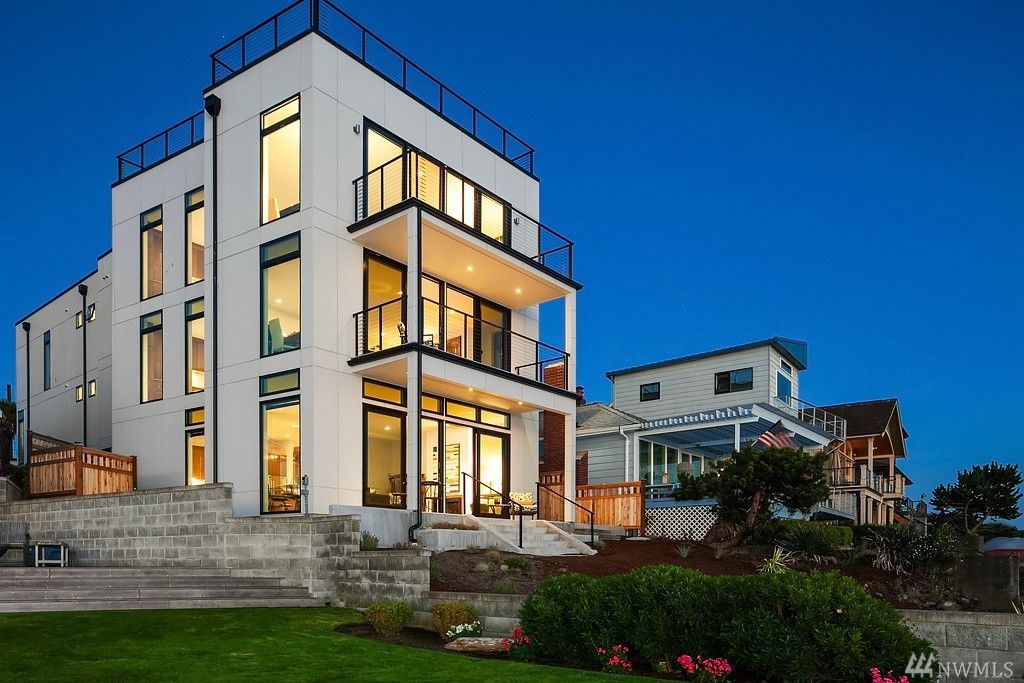 Get real. The world has changed. We can use any material in any form and build it so that it is more efficient, more resilient, more environmentally friendly and at the same time more comfortable. Metal, glass, concrete, something new next week, use them in combination and create a house that defies description. except that it is nothing like listed above. Given all of these possibilities, modern homes tend to be angular stacks of boxes, with each space defined by a different siding, giving each its own character. Leave the top box with a flat roof and there is room for a private deck which also offers the best views. Inside, each appliance gets smarter, more likely to guess what you’d like, speaks back, and may already be ready to be upgraded. The irony, each of the styles listed above were modern in their day.

Whether through nostalgia or a desire to be as unconventional as conventional, there are many other styles in the region: Tudor, Victorian, Foursquare, Georgian, Mediterranean, etc. They all have their story and advantages – and must wait for their own contribution.

Seattle’s racial wealth divide: A new look explores how we got...

The wait for the big snow is almost over. Here’s the...