With COVID-19 devastating the food and beverage industry in 2020, holding on to it for so long should be considered an achievement. But the Seattle food scene is finding ways to not only survive but thrive in the toughest of circumstances. Despite the challenges, there have been many significant openings that turned out to be bright spots in an otherwise bleak year, from pop-ups adopting full-fledged restaurants to popular chains setting up their first locations in the Pacific Northwest immigration company run by women to a support grocery store. With hopefully a quieter year in 2021, here are 20 of the most exciting new restaurants, cafes, bars, and bakeries in Seattle, arranged in approximate chronological order of opening.

One of the first major restaurant openings of the year was among the best. Chef Melissa Miranda and her team specialize in indulging in Filipino dishes like succulent beef mechado and adobong pusit pancit with squid that Miranda’s father caught at the local docks. Musang has also set up a communal kitchen to feed those in need – and the spirit of charity continues to be an integral part of the restaurant’s ethos.

Capitol Hills chic new Korean BBQ area comes from renowned chef Heong Soon Park from popular Chan restaurant in Pike Place. While the pandemic constrained the community of the place, the switch to takeaway didn’t disappoint. Chicken wings and bulgogi sliders popped up alongside top notch raw cuts of meat to grill at home and a selection of great cocktails to take away.

It might seem a little on the nose that one of the liveliest new bars of the year is co-owned by a healthcare professional, but this tiny Capitol Hill lounge had plenty of welcome elixirs, rare spirits, and classic cocktails to top off a stressful 2020. In addition to the ice-cold martinis, there are peat whiskey and rare rum flights, as well as a selection of full bottles for sale. And the food is not an afterthought, with snacks like za’atar meatballs and tamales among the varied offerings.

Here’s a household name in a brand new location. After a few starts and stops, this revered Cambodian restaurant in the International District that had been closed for two years received its long-planned revitalization. Fan favorites including the honey black pepper and prawn chicken wings, sliced ​​pork, and fish cake sou are still lovely and amazing. 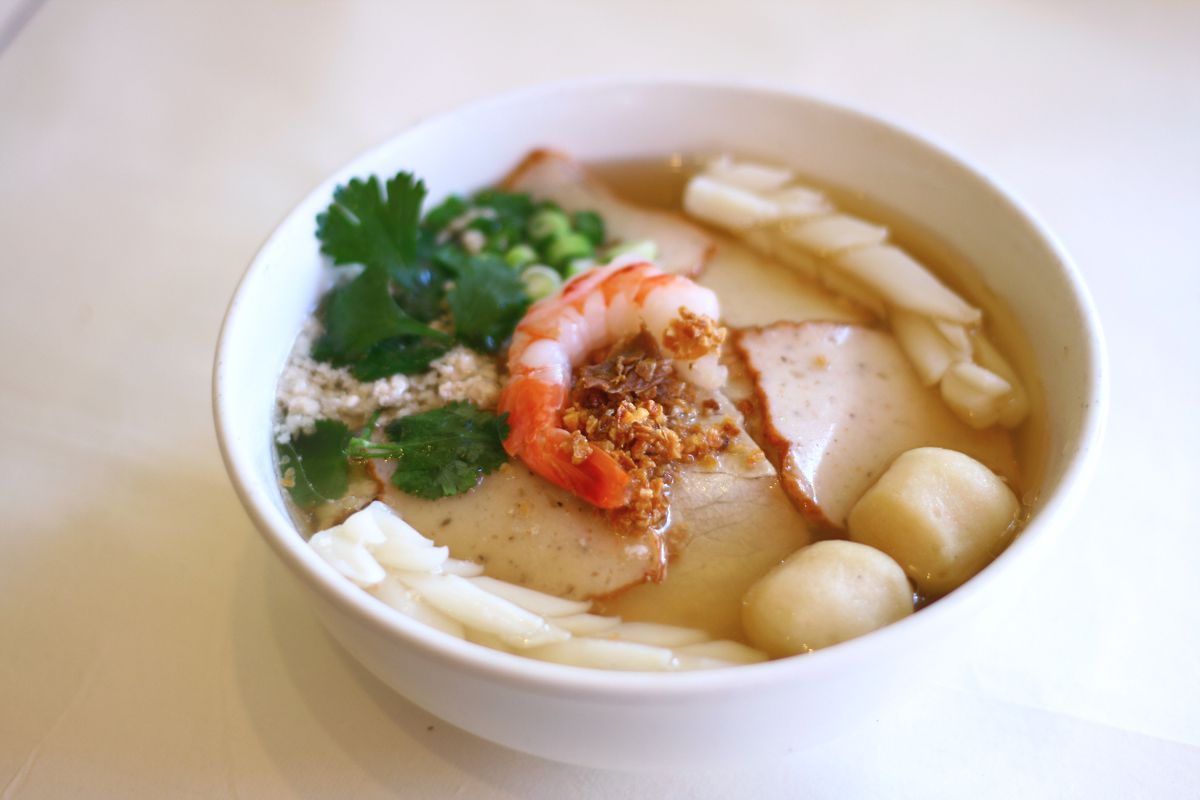 Famed chef Jason Stoneburner opened this pizzeria on Sunset Hill after Washington’s stay-at-home order was first placed. Hence, having a sturdy take-away menu was vital. The restaurant focuses on both square and 12-inch round Detroit-style cakes, but there are also some excellent smash burgers, as well as breakfast rolls, on the newer brunch menu that covers many fast-casual favorites.

Debut during the COVID-19 pandemic wasn’t easy, but the newest cafe in Columbia City was the first of several cafes to open in 2020 that focused on Vietnamese beverages. A slow brewing method was used, which creates a rich taste. The frozen eube lattes were a hit in the summer, and the store added seasonal offerings in the colder months, such as a campfire latte made with oat milk.

The owners of the Stampede Cocktail Club opened this playful, all-day dining restaurant in Fremont with a hallway filled with disco balls, a selection of solid drinks, and a happy hour menu of sausage waffle corn dogs. It also has a fairly large terrace which came in handy when indoor dining was closed for most of 2020. 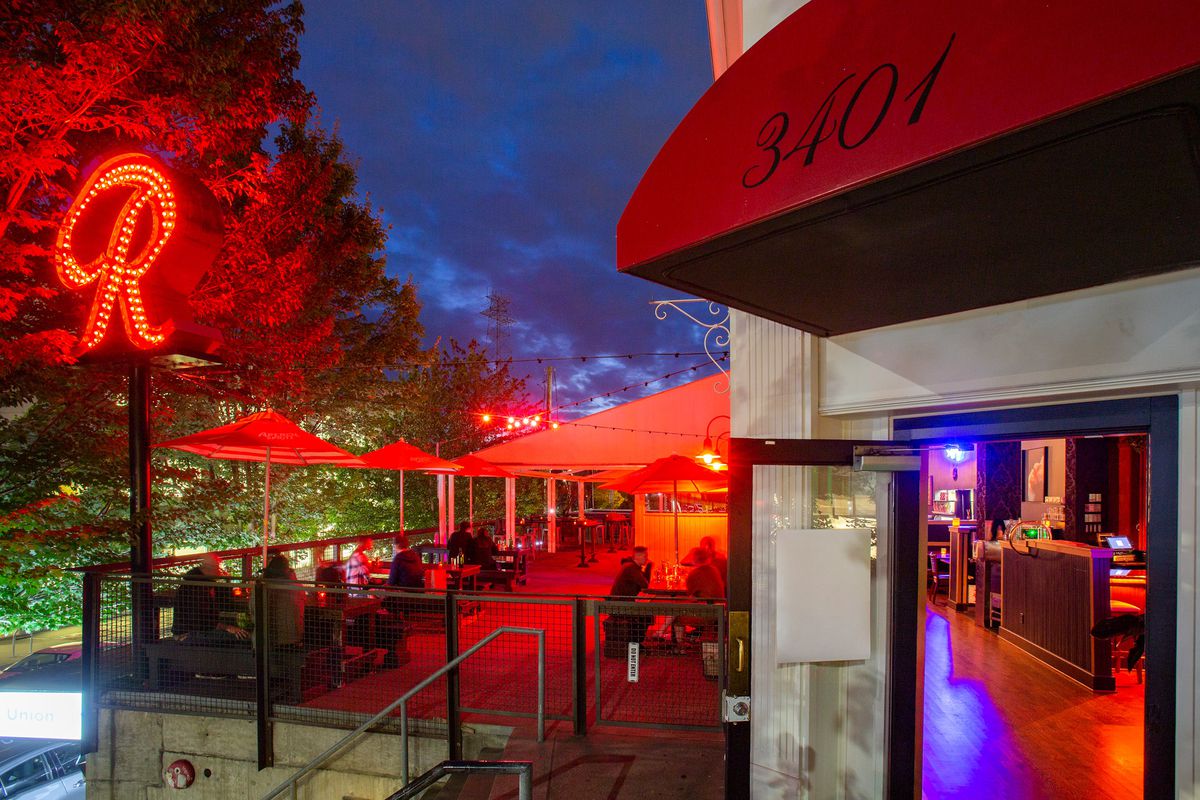 This new Fremont spot started as a pop-up at Pike Place Market three years ago, drawing lines in 2020 for its shrimp toasts, crab rolls, fried Dover sole nuggets, and other decadent seafood snacks. Dungeness crabs are cracked on site, while the rockfish pork sandwich with Fresno chili on a baguette is a surprisingly delightful treat.

Out of the alley

The cozy new restaurant on Rainier Avenue in Columbia City drew attention to expertly crafted tasting menus that celebrate whole animal slaughter. It soon became more of a quirky deli and market selling a fried rabbit sandwich, which is perhaps the best under-the-radar lunch in Seattle right now. Guests should also check out the ice cream selection, which usually has excellent flavor combinations.

Tukwila’s Food Hall – part of the Food Innovation Network’s incubator program – focuses on women-run immigrant and refugee businesses and offers some wonderful international dishes that are rare in the Seattle area. These include Congolese dishes with the taste of the Congo, Somali-Kenyan-Tanzanian cuisine in Moyo Kitchen and Afghan-American fusion in Jazze’s. 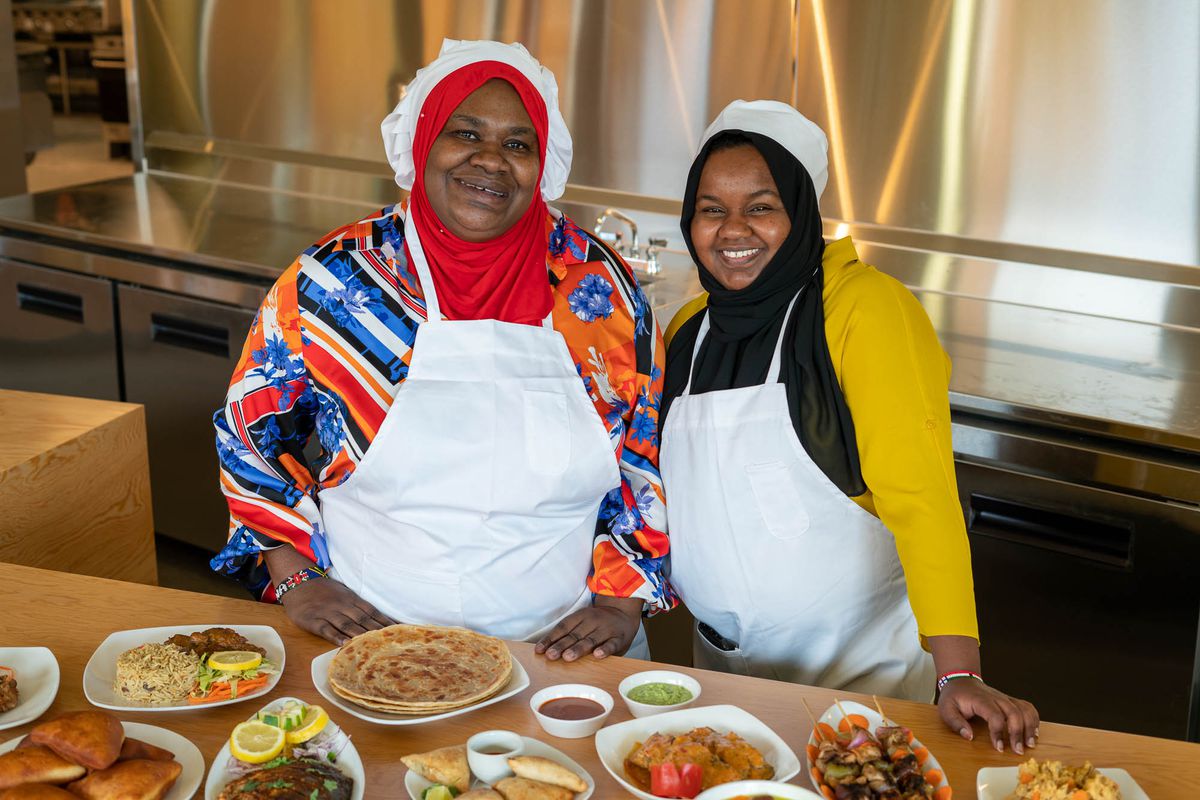 The hugely popular Chinese hot-pot chain, known for its luxurious table-top attractions – including noodle dancers – opened on downtown Pacific Place and Bellevue’s Pacific Center, serving boiling broths, fragrant dips, and a large one Selection of meats. Certain amenities (like massages for waiting guests) are not available, but there are take-away options for those who want a filling meal at home.

When in doubt, it doesn’t hurt to bake great bagels. This former Instagram operation opened its first fixed location in Ballard for delivery only and was able to expand capacity. But it was one of several new companies to add to Seattle’s growing bagel scene during the pandemic, including the excellent downtown Rubinstein and the recently opened breakfast-focus pop-up in Manolin.

The highly anticipated new donut bakery in Hillman City opened in the fall and lived up to the hype. The owner Pamela Vuong often sells her popular creations within minutes. Guests run online to order crème brulee treats, bagel donuts with whipped cream cheese, and cinnamon rolls. The demand was so high that the shop will be closed until 2021 and backlogs from a Kickstarter campaign will still be met.

The famous Sichuan chain from Southern California opened its first location in Seattle in October and offers popular products such as toothpick lamb with cumin, mung bean jelly noodles soaked in chillies and a cold spring onion chicken in pepper sauce, the Eater LA for its “citrus -Grass numb taste that deepens with every bite. “ 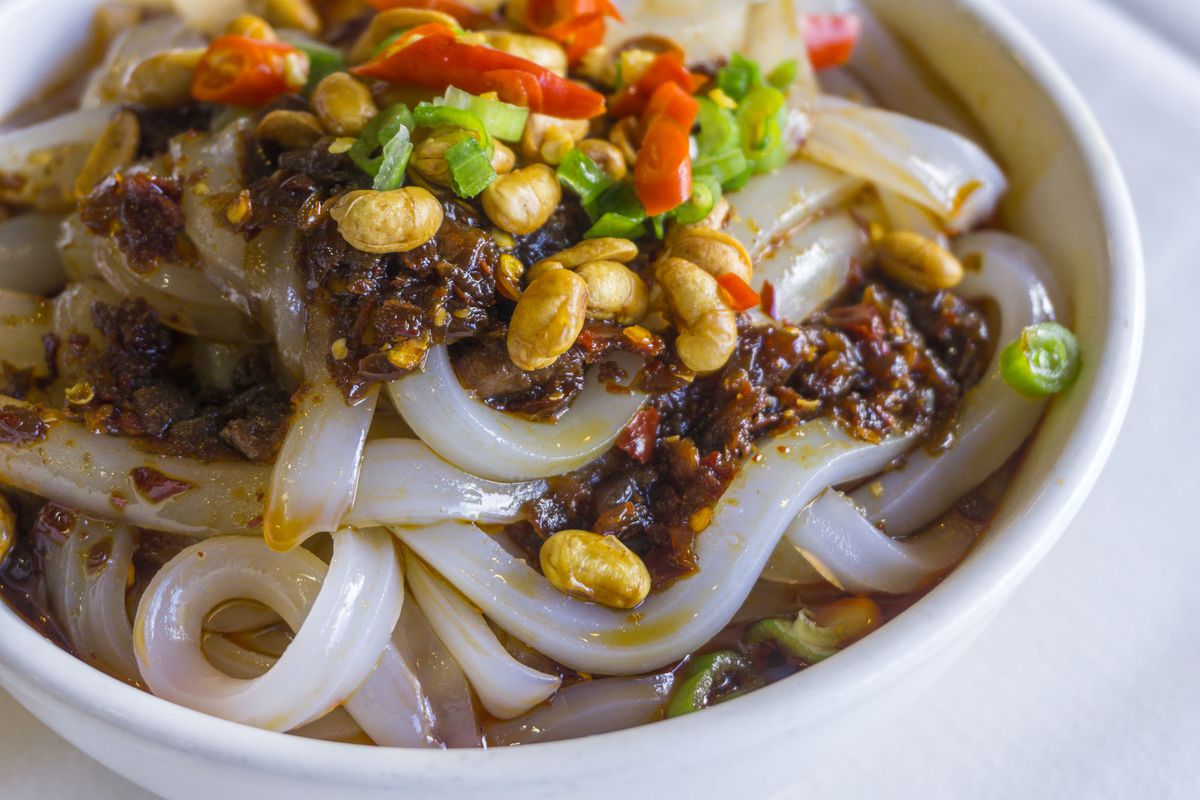 Known for its careful use of local ingredients, the popular pop-up recently opened its first permanent location in the Central District with a selection of savory and sweet baked goods. Cardamom and almond brioche, sugared cruffins and pistachio snails are among the most sought-after products, paired with roasts from our partner Broadcast Coffee.

Shoreline’s new black-owned cafe is a youth-run nonprofit that aims to be not just a place to have a good cup of coffee, but also an uplifting community center with a barista training program and a series of Zoom Social Justice talks. It also supports other local businesses, including Roast Boona Boona, Salmonberry Pastries, and Treats from Zuris Donutz in Lynnwood.

Seattle’s underground pizza scene grew mainly via the pop-up route during the pandemic. But there are also some fascinating new permanent entries, like this fermented dough specialist on Capitol Hill whose cakes drew E lines on Summit Ave. Other menu items – like the fantastic veal and pork balls and the strozzapreti in celery root cream sauce – are also worth a visit.

After the Indian tasting menu specialist Meesha had built a strong following as a pop-up for over a year, it became a full-fledged restaurant in 2020 as the cook and owner Preeti Agarwal changed from running the French commercial Pomerol in Fremont. Dishes not to be missed include ram ladoo (crispy lentil fritters with radish coleslaw) and the handi paneer in tomato and fenugreek sauce. 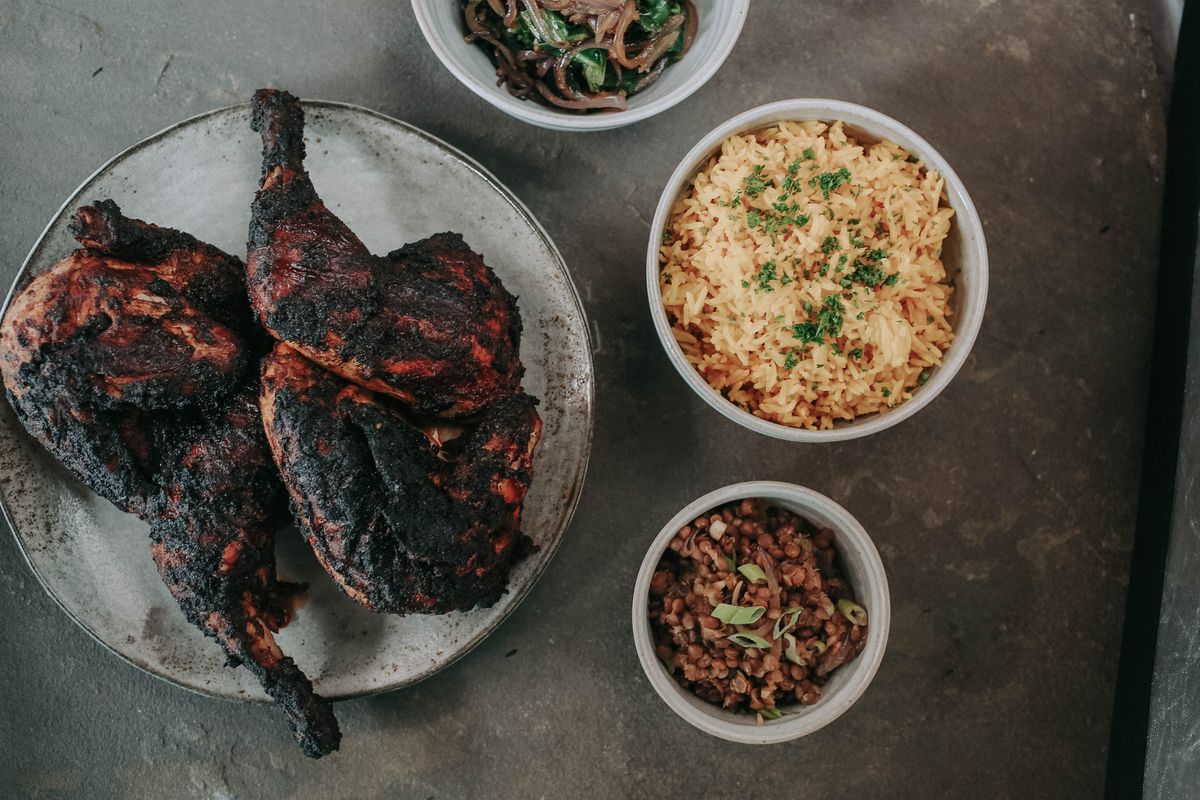 Grilled chicken with berber spices and side dishes Amber Hall

Dining in the street may be the future of Capitol Hill...