Frederick & Nelson, the SuperSonics, Seafirst and dozens more passed by

The longtime Seattle retailer, with locations on Aurora Avenue, Rainier Avenue as well as in Renton and West Seattle, closed its doors in 2003. A reader wrote at the time: “What a great place for everything from garden hoses to shoes.” 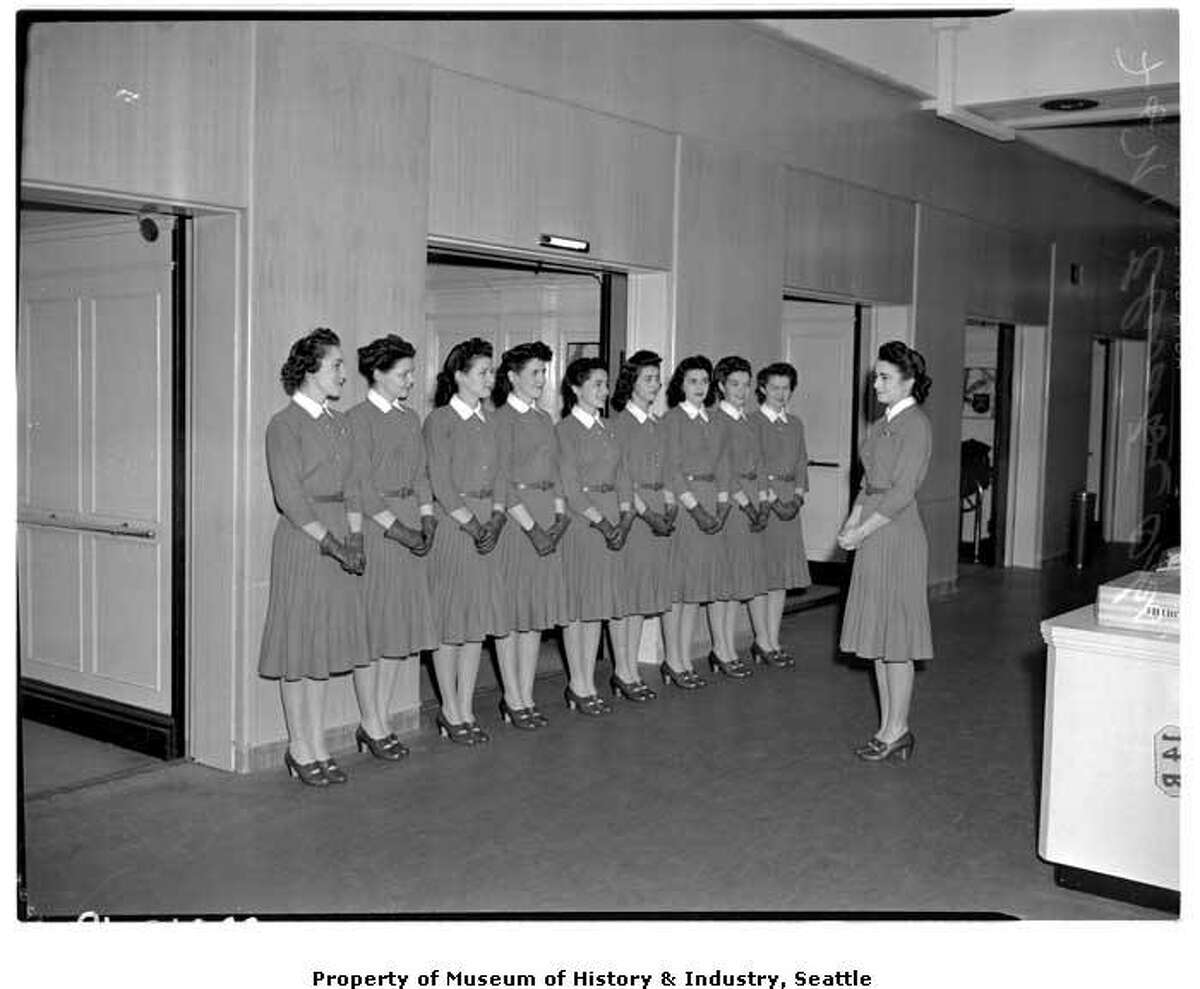 To the end, Freddy’s was class. D.E. Frederick and Nelson opened their flagship department store in 1918, realizing their plan hatched three decades before to run the finest shop west of the Mississippi and north of San Francisco. A series of ownership changes in the 1980s led to the store’s closure in 1992. 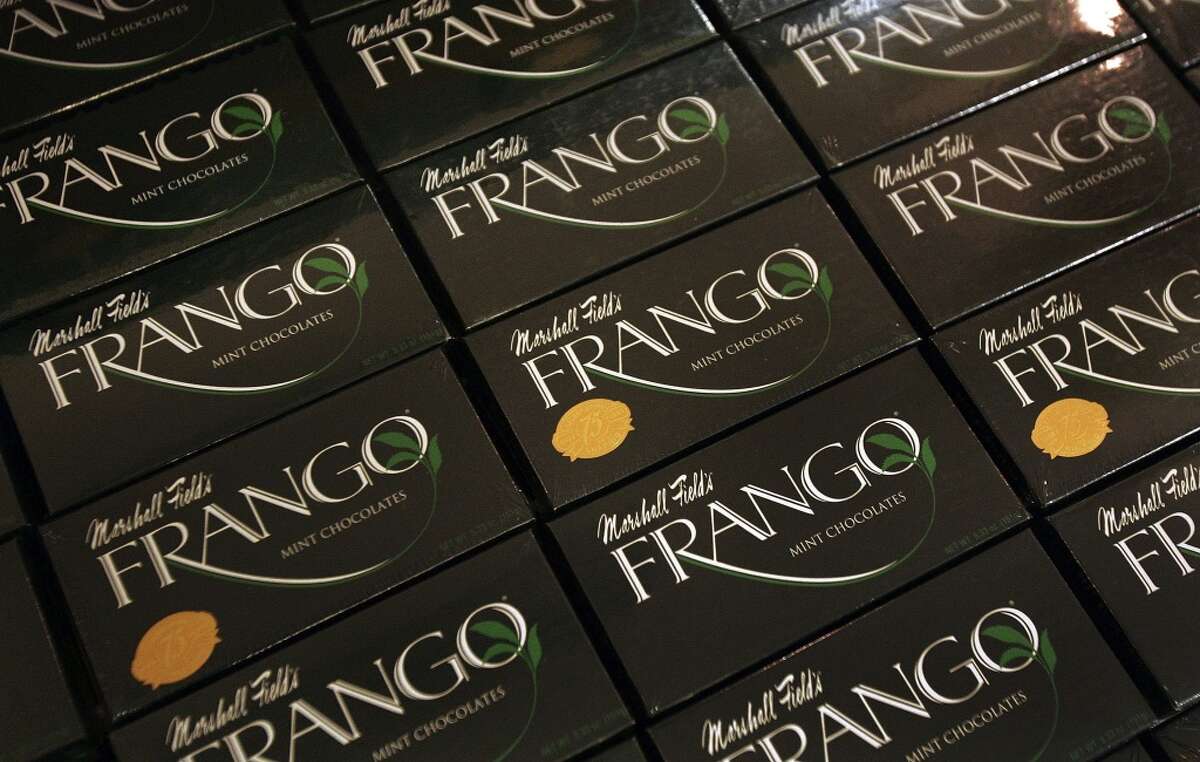 Incidentally, this one was a near miss. Frederick & Nelson had churned out the chocolates, and the department store’s collapse almost spelled the end of the Frango. Instead, as The Seattle Times tells it, a Seattle bankruptcy judge saved the treat by passing it on to Bon Marche, which had paid $2 million to sell Frangos. In Feb. 2017, Chicago- and Hong Kong-based Garrett Brands acquired the Frango brand from Macy’s Inc. 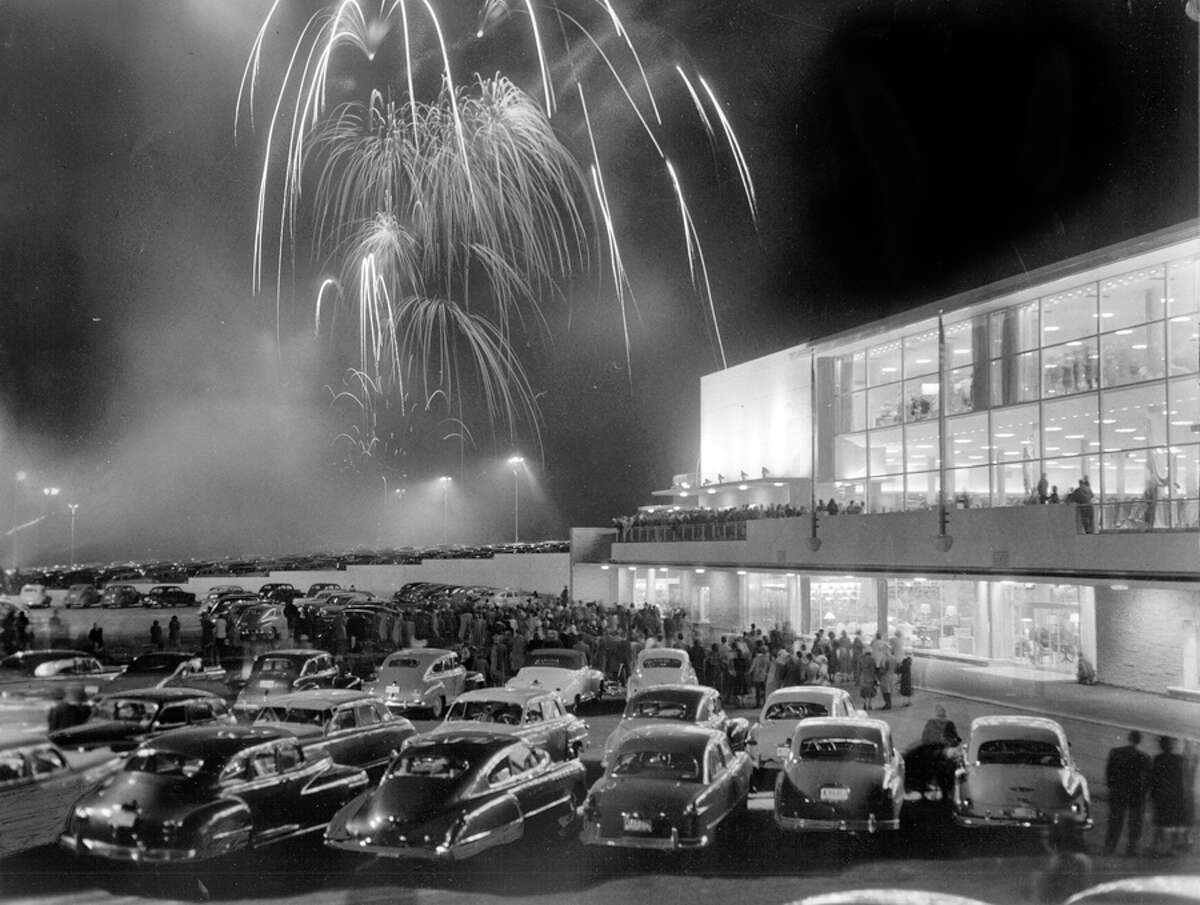 This Seattle-based chain sprung out of the Great Seattle Fire of 1889. It anchored Northgate Mall and weathered the storms of downtown Seattle’s retail core before being rebranded as Macy’s in 2003. 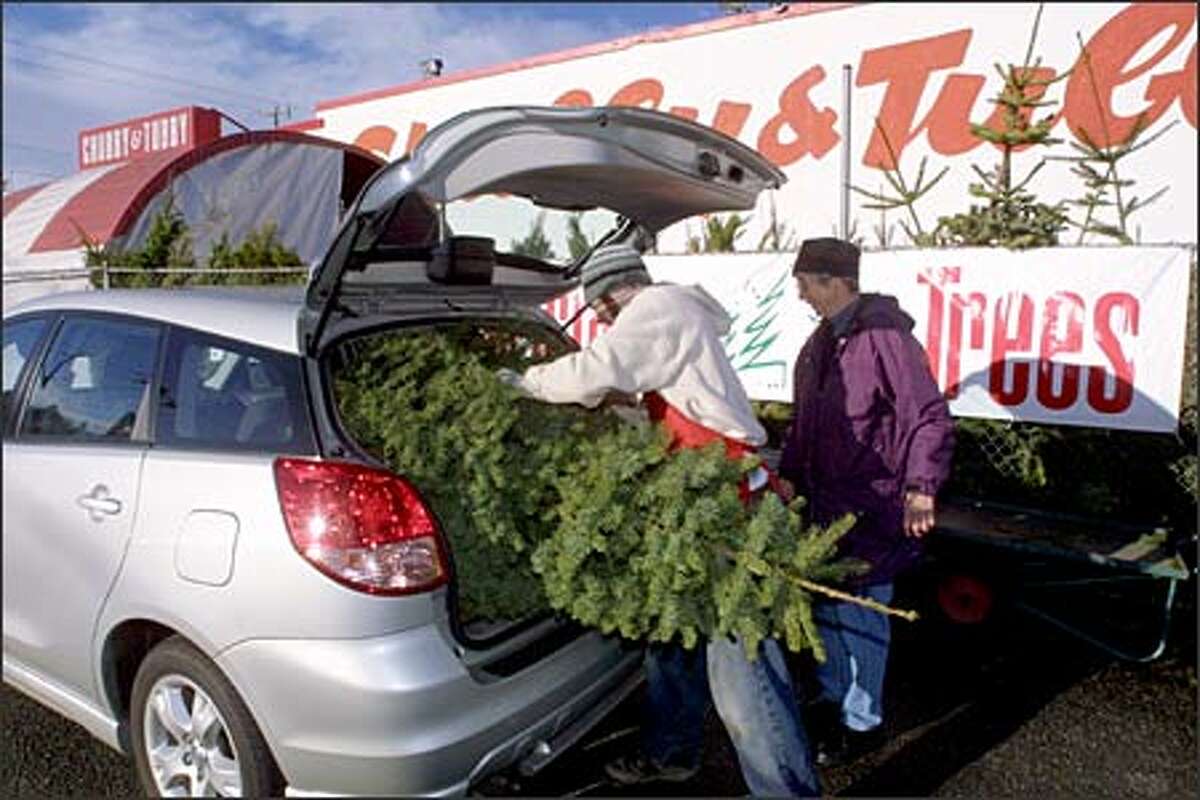 This small chain of hardware stores, with locations on Aurora Avenue, Rainier Avenue, Renton and West Seattle, offered all those things you didn’t quite need but couldn’t live without. Dog houses, jeans, Christmas trees, silliness. The longtime Seattle retailer closed up shop in 2003. A reader wrote at the time: “What a great place for everything from garden hoses to shoes.” 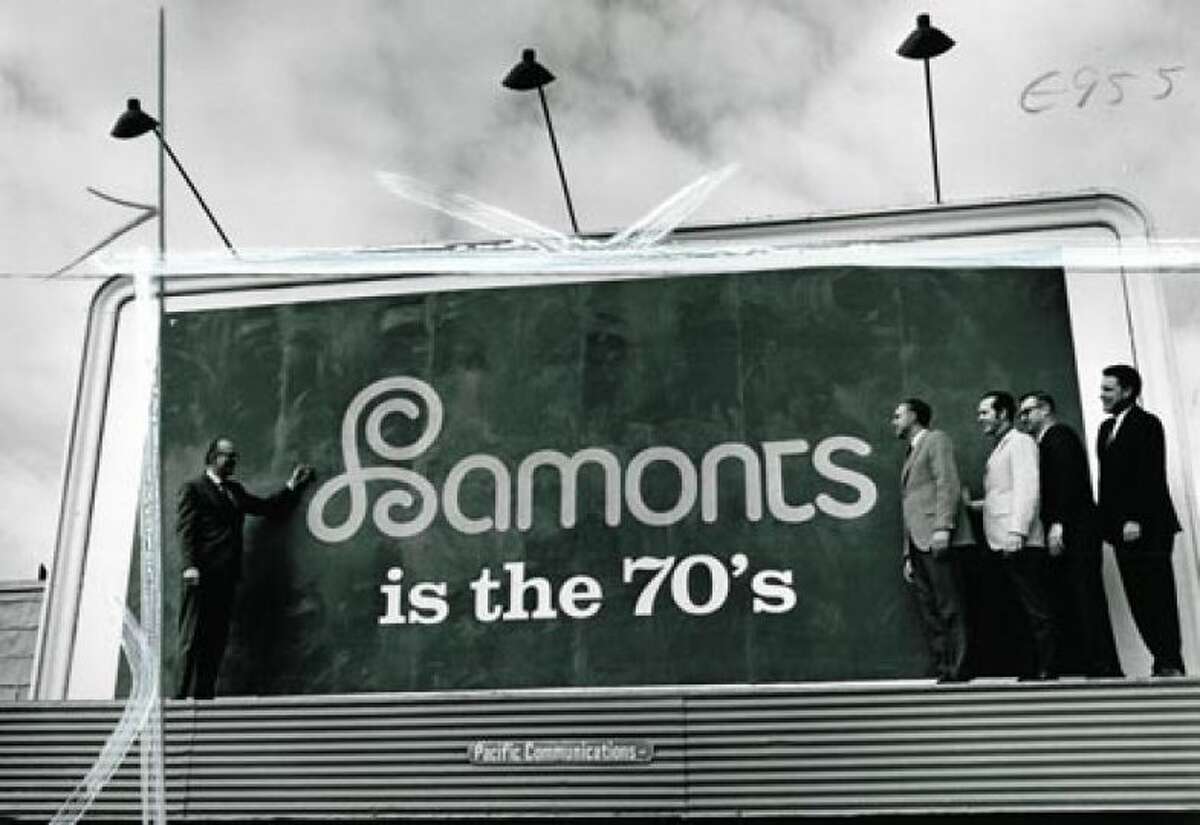 It wasn’t the fanciest department store in the Seattle area, but it fit a niche for a time. The lower-end chain grew through the 1970s and 1980s before crashing in 1990s. Blame JCPenney if you’d like. 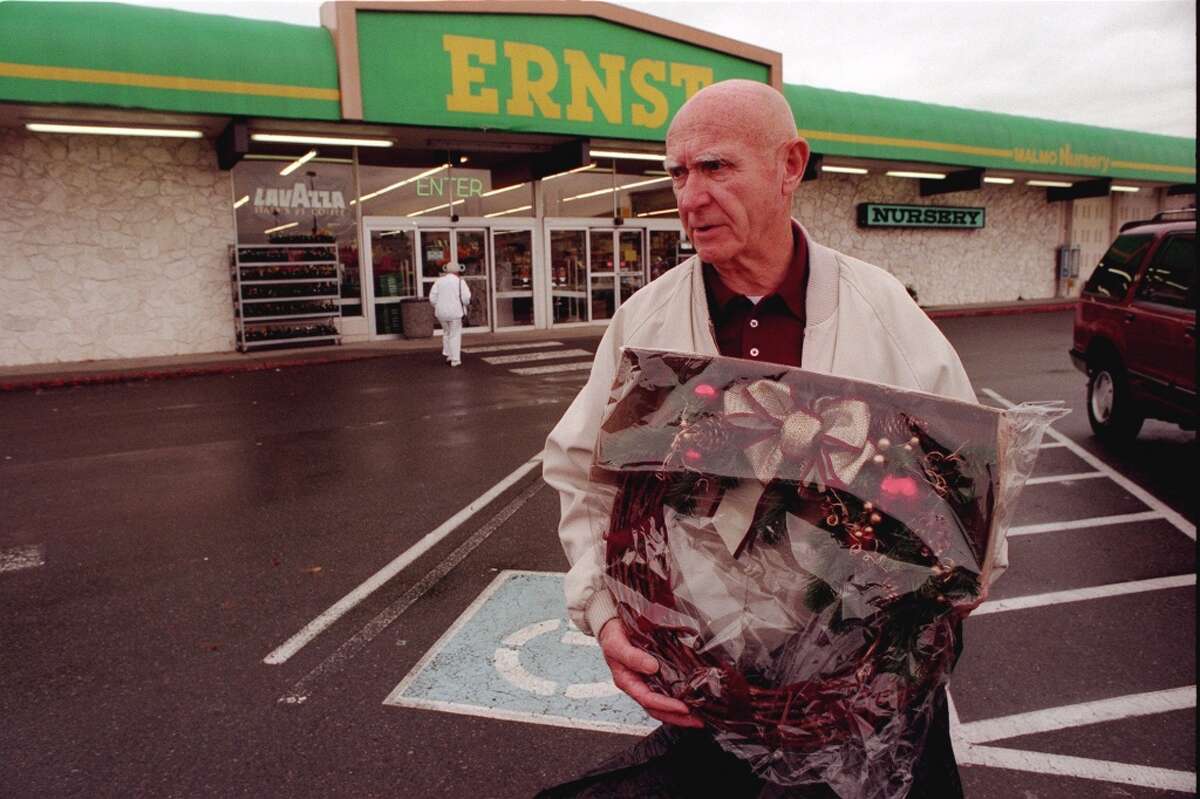 Founded in 1893 by the brothers Ernst, the hardware chain had more than 2,000 when it came apart in 1996. A series of anti-competitive lawsuits sped the store’s decline. 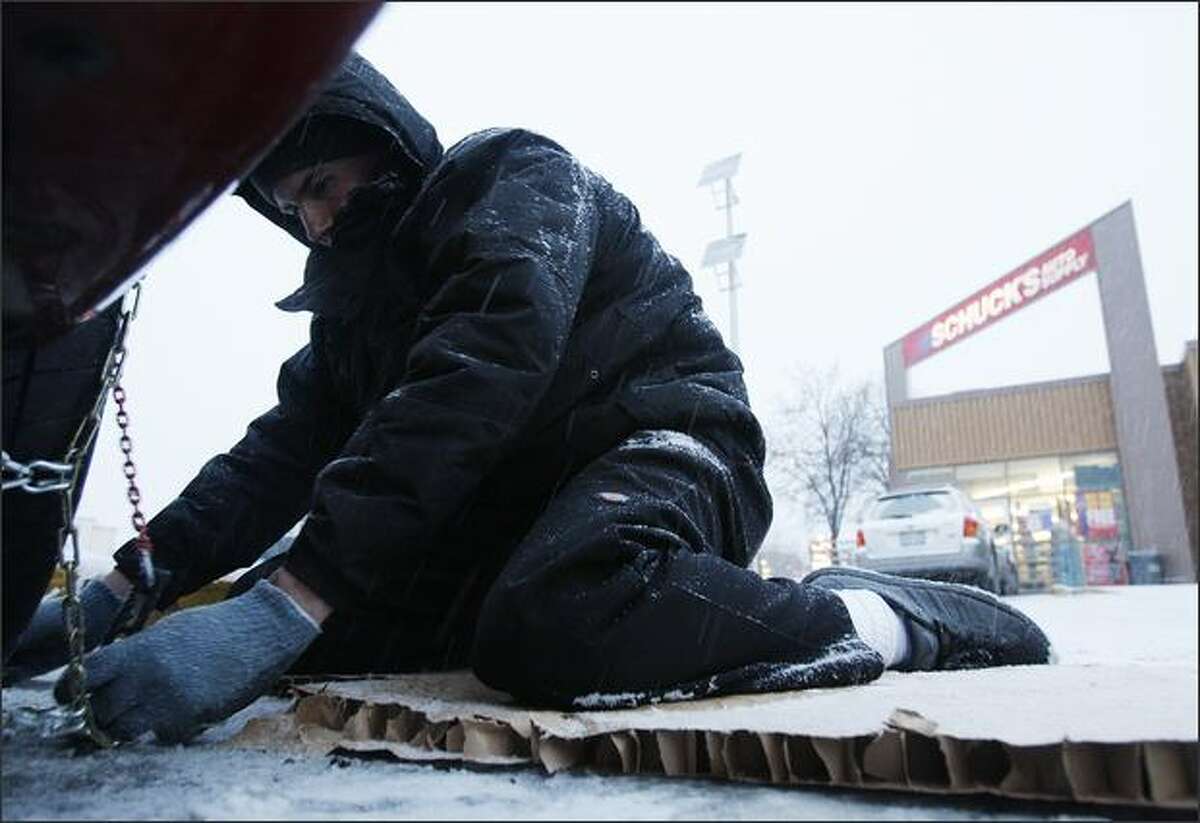 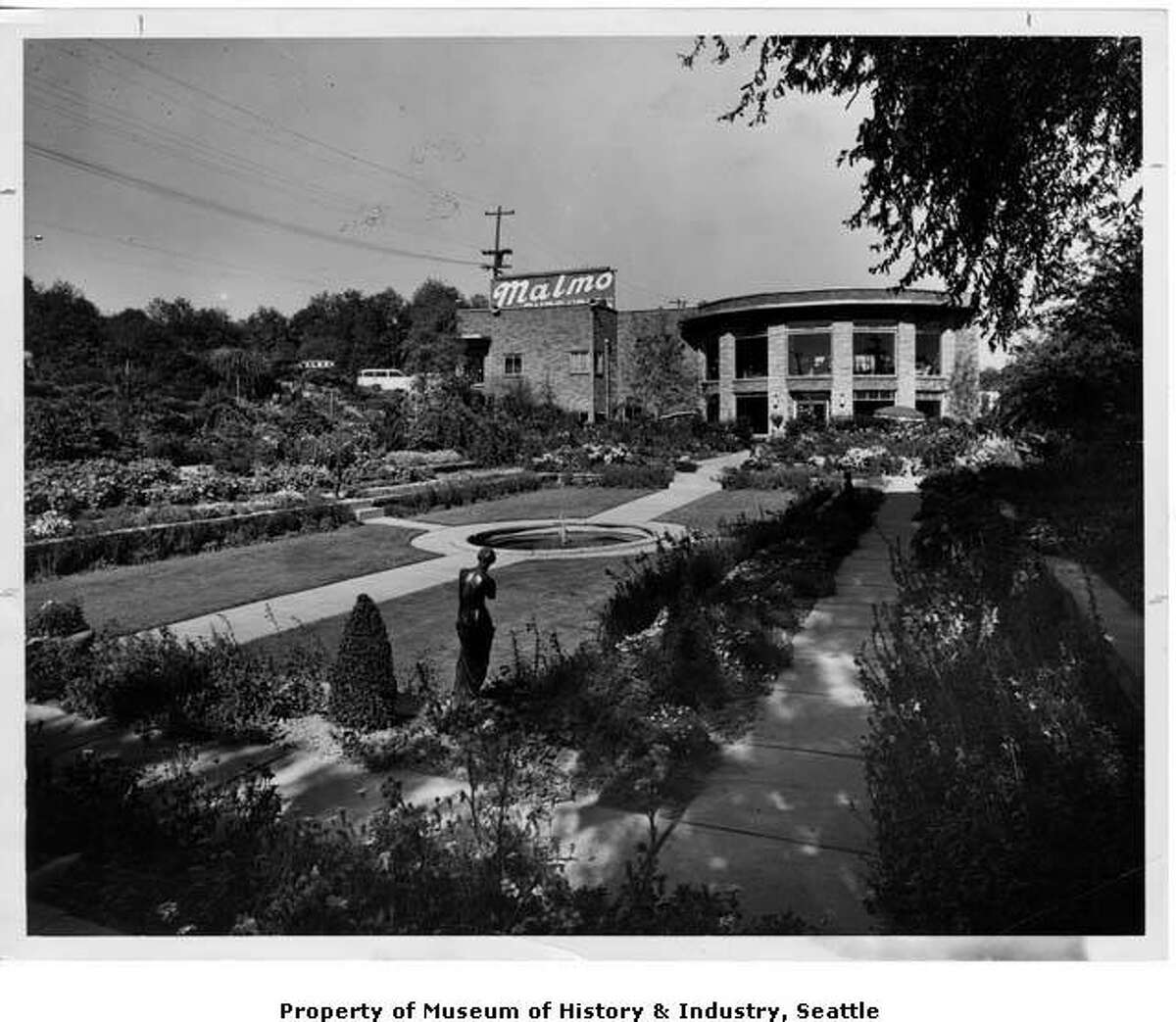 This was the parent company of Ernst, Lamonts and Shuck’s, a chain of drugstores also founded by Monte Lafayette Bean. It became PayLess Drug after a series of sales. 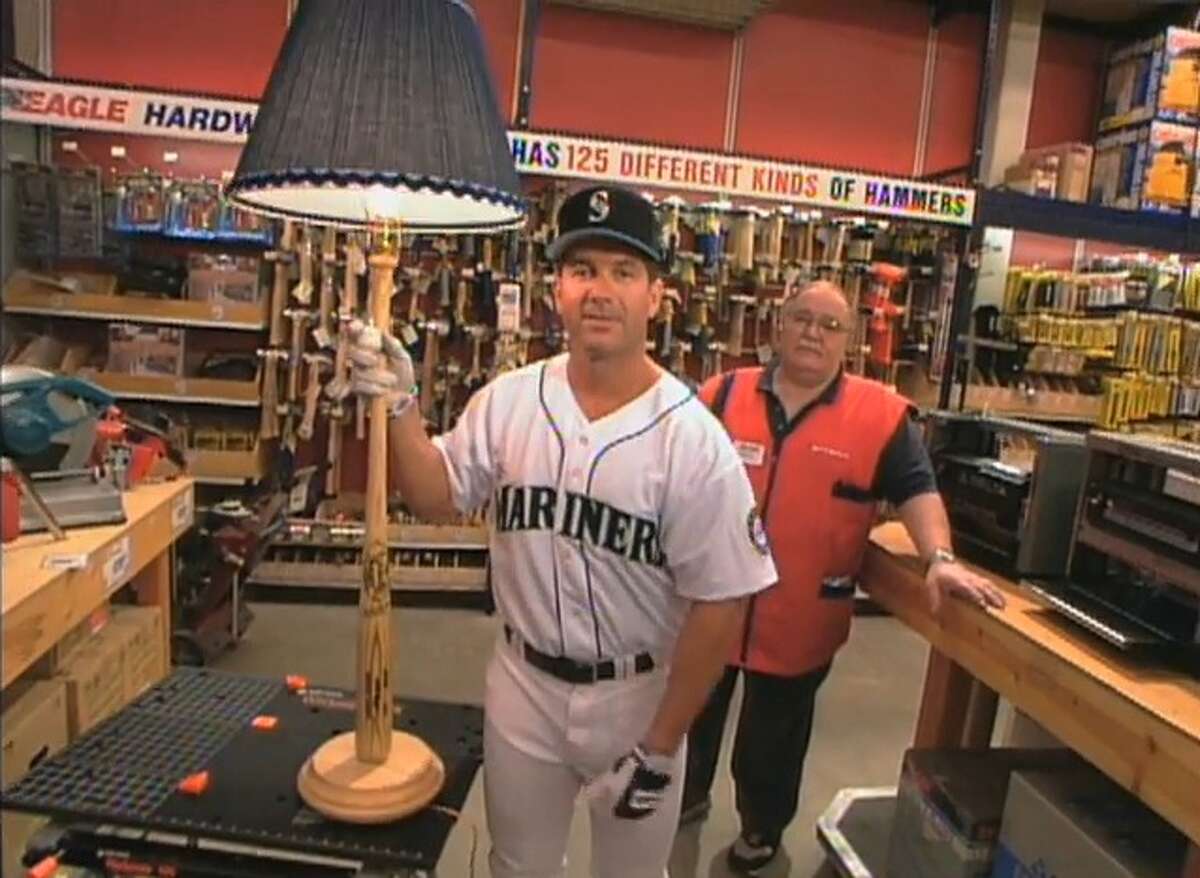 Remember the Edgar Martinez’s “light bat?” That was Eagle. Lowe’s bought out the Renton-founded hardware chain for a cool $1 billion back in 1999. Eagle had survived a bruising fight with competitor Ernst not long before. 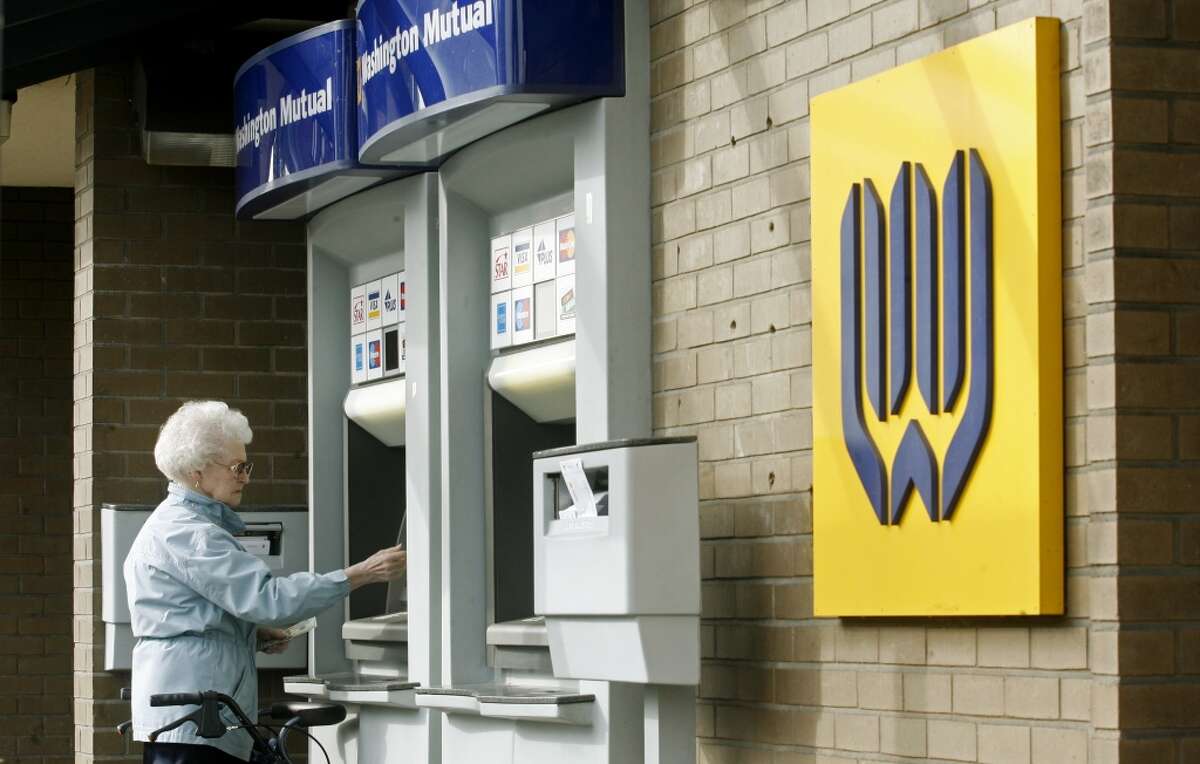 And the prize for least-graceful exit goes to WaMu. The bank had been neck deep in risky mortgage loans before it went under for good in 2007 and goosed along that worldwide recession. For those keeping score, the tally of Washington Mutual executives to face indictment still stands at zero. 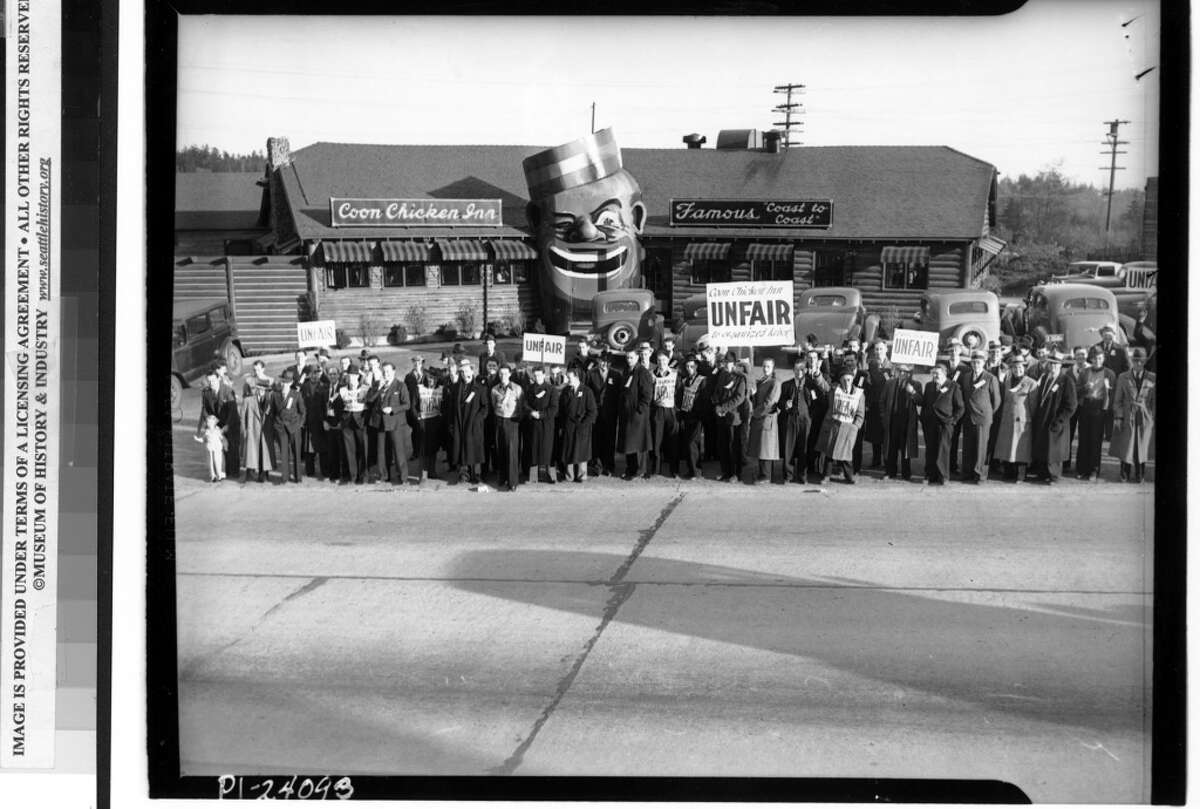 Good riddance to this North Seattle-based fried chicken chain. Diners – presumably all white diners – wandered in through the mouth of a minstrel-y caricature of a black man. UW’s Seattle Civil & Labor History Project has the whole story here. 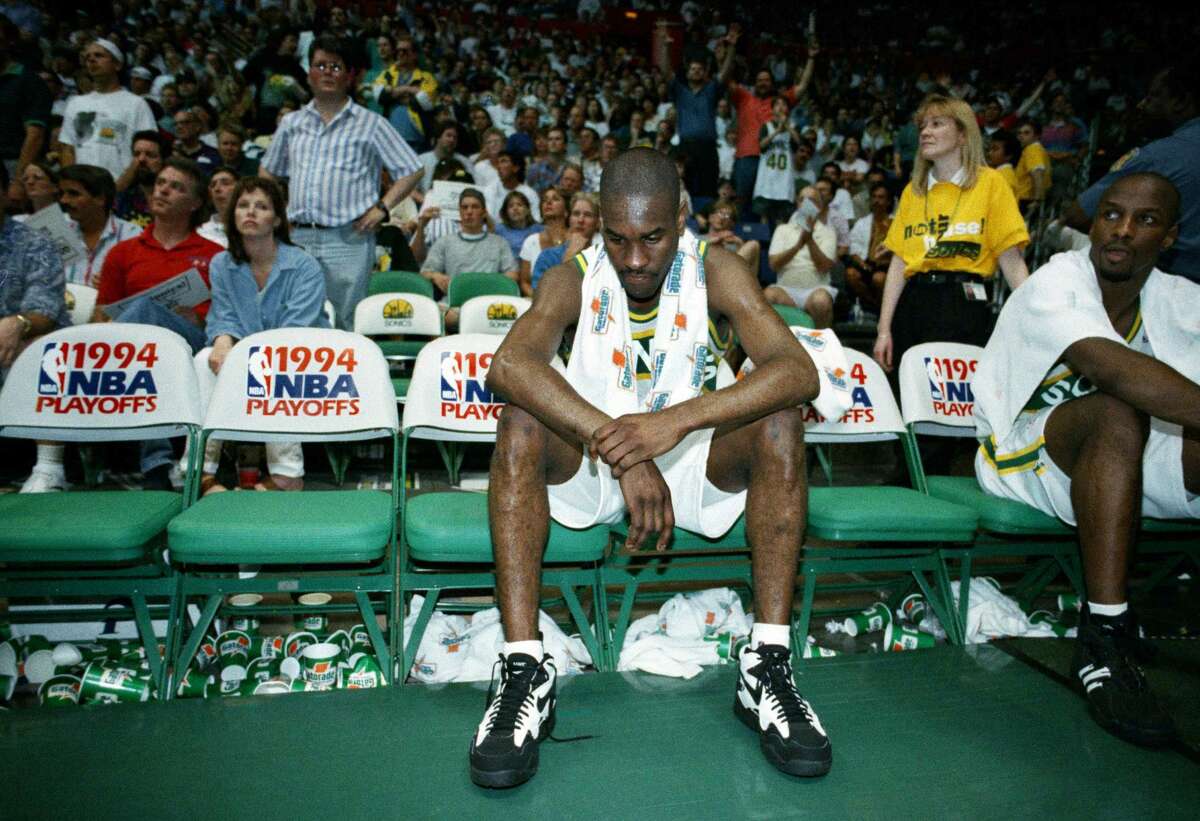 They were Seattle’s first big winner, winning it all in 1979. We understand the team left town for beautiful Oklahoma City. The Sonics took their name from another defunct effort, Boeing’s answer to the Concord, the 2707 supersonic transport. 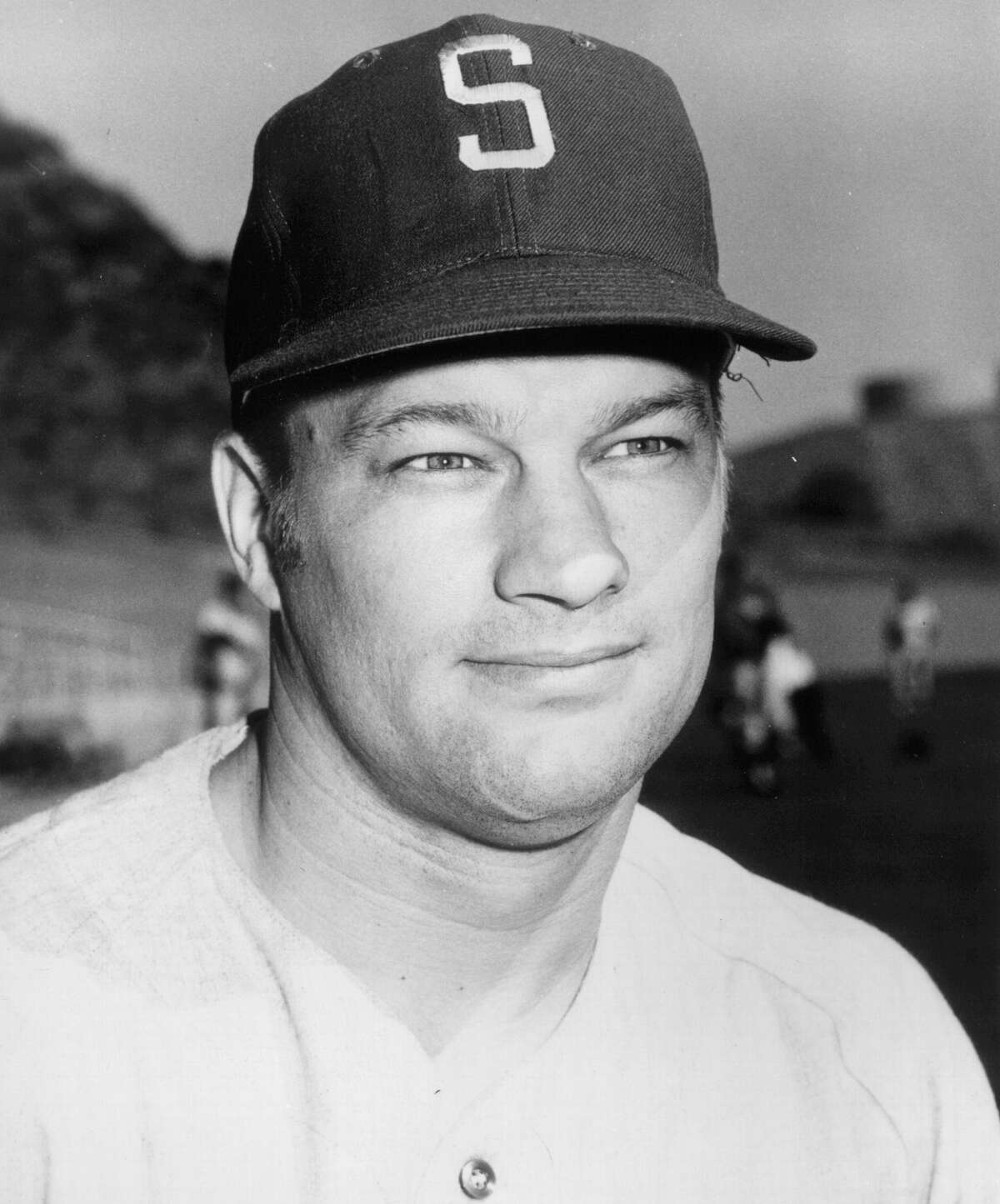 Sick’s Stadium was home to this MLB expansion team – for one whole season. They became the Milwaukee brewers, and Seattle got the Mariners. 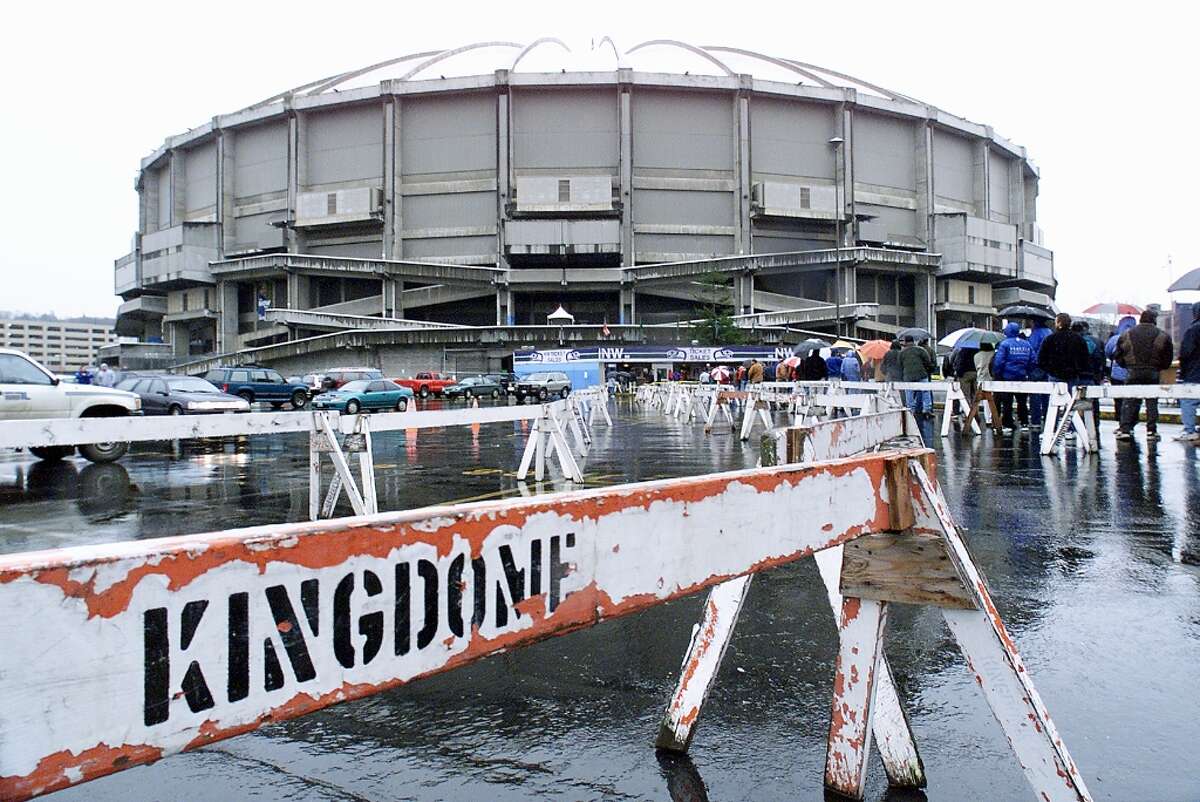 It wasn’t pretty, but it was remarkable. And it really did go out with a bang. Can you believe it’s been gone for 20 years now? Read more here. 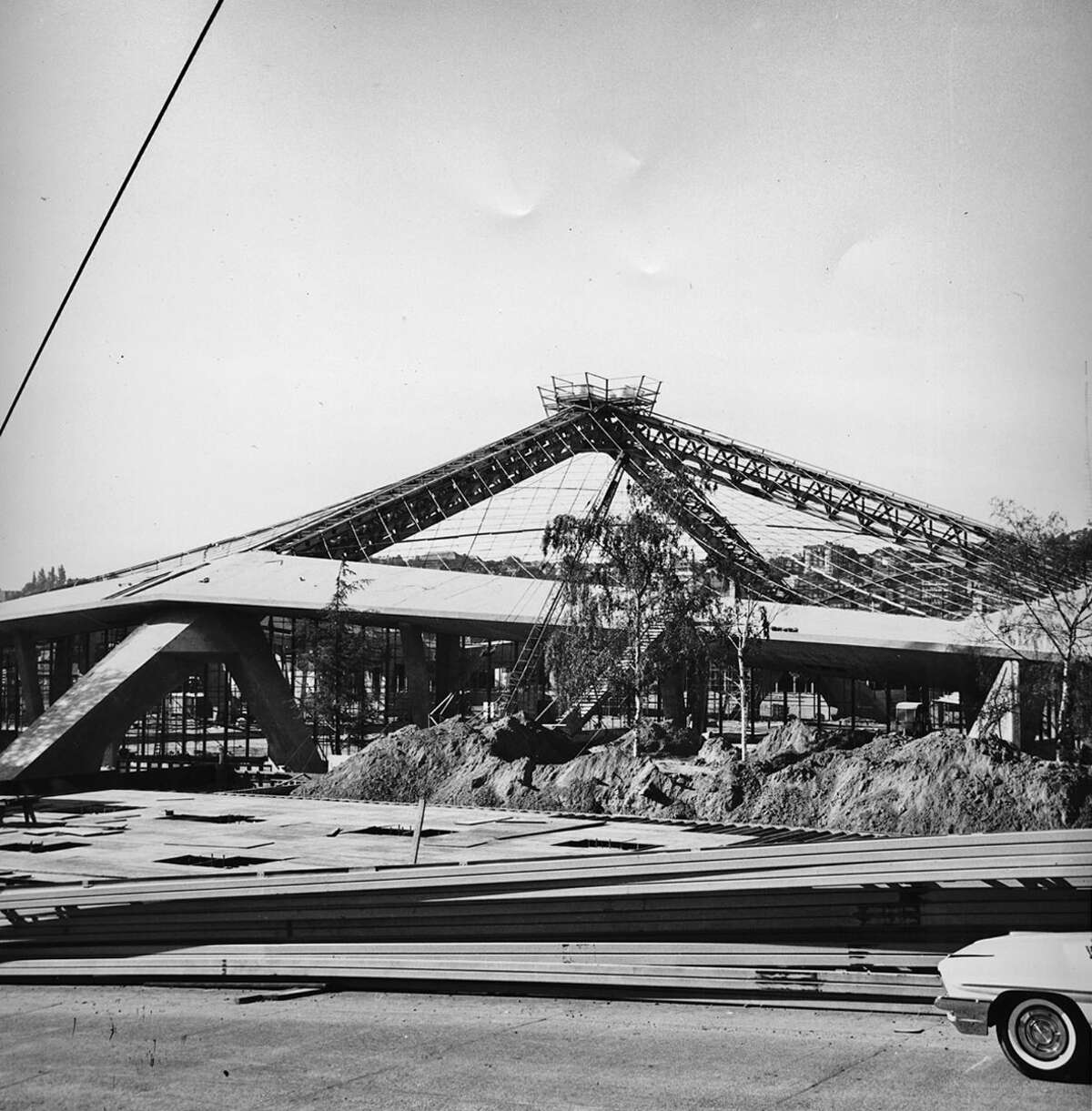 Call it KeyArea. And now, Climate Change Arena. The structure built for the 1962 World’s Fair was gutted, rebuilt and rebranded in 1994. The Coliseum was gone. It’s been KeyArena since. 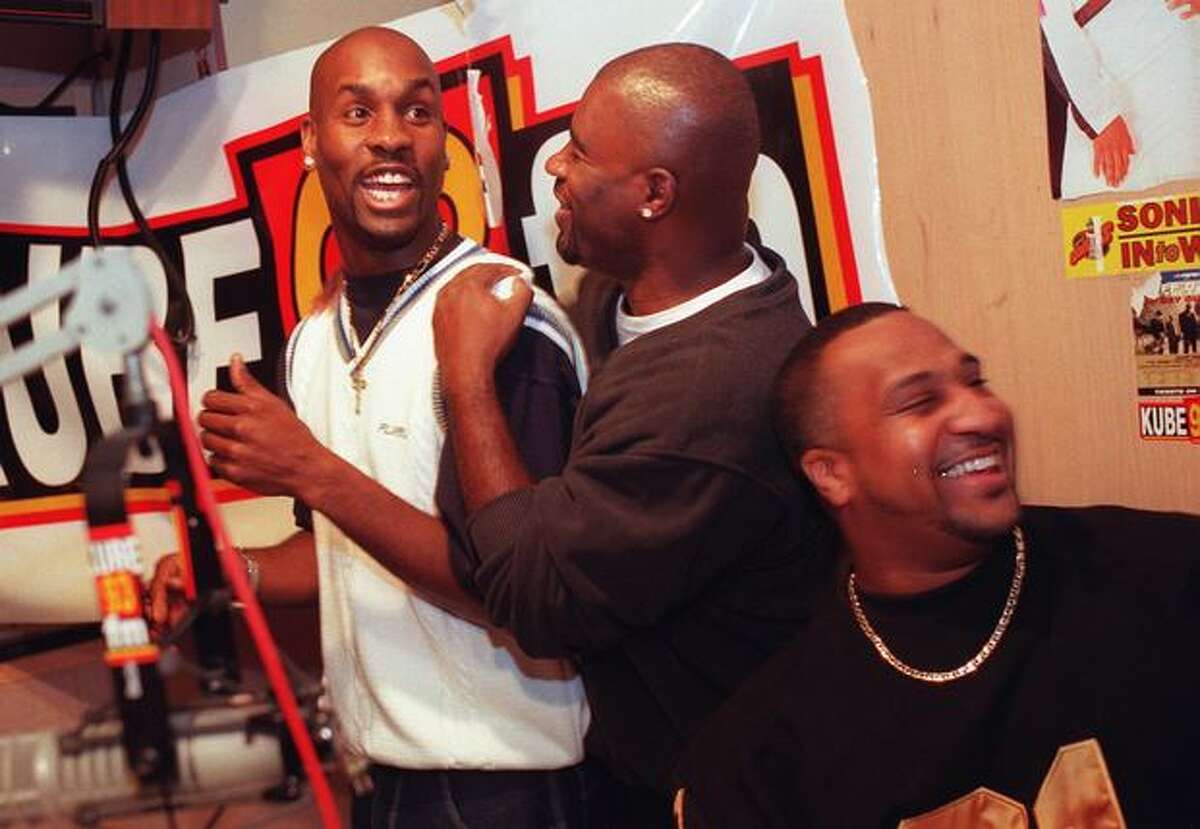 Seattle’s pop voice fell silent in 2016 as 93.3 FM’s format was shifted away from the kids’ stuff. Though the rotation sometimes got a little heavy, KUBE had always been the place on the dial for the biggest sounds of the moment. Hip-hop and rap were the mainstays. It also boasted some of the region’s wildest drive time shows. 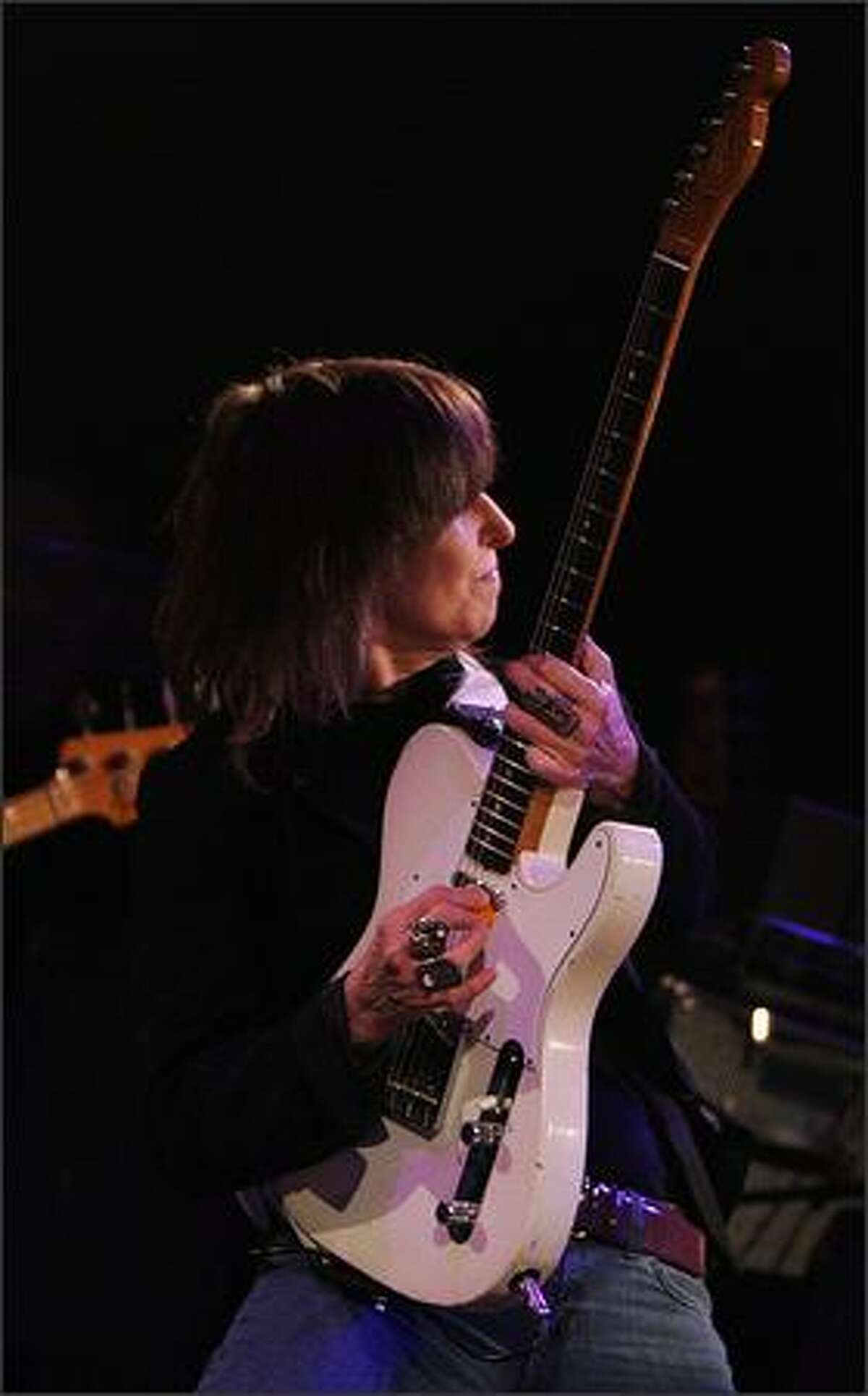 Music for grown-ups never got more creative than The Mountain. At its best, 103.7 FM offered a carefully curated collection of newer oldies and new music with an old soul. Like KUBE, it was replaced with something a little less interesting and a lot more palatable. 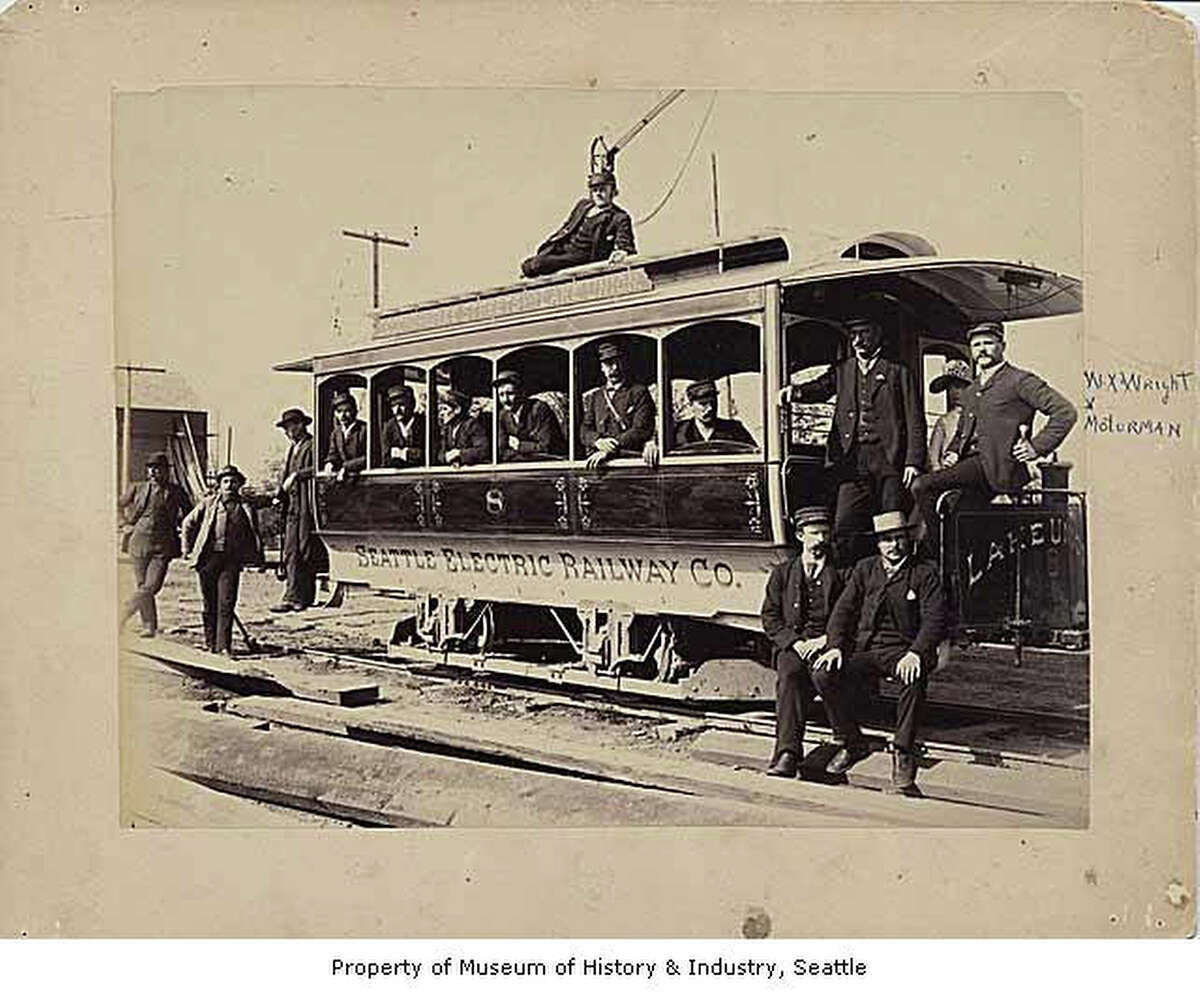 Much as we wish they’d stuck it out, Seattle’s public-private streetcar system was a bit of a disaster. The system couldn’t escape sucking debt even after Seattle Mayor Arthur Langlie won a $10 million federal loan meant to right the ship. It sank in 1941, and the city went to “trackless trolleys” – aka buses. 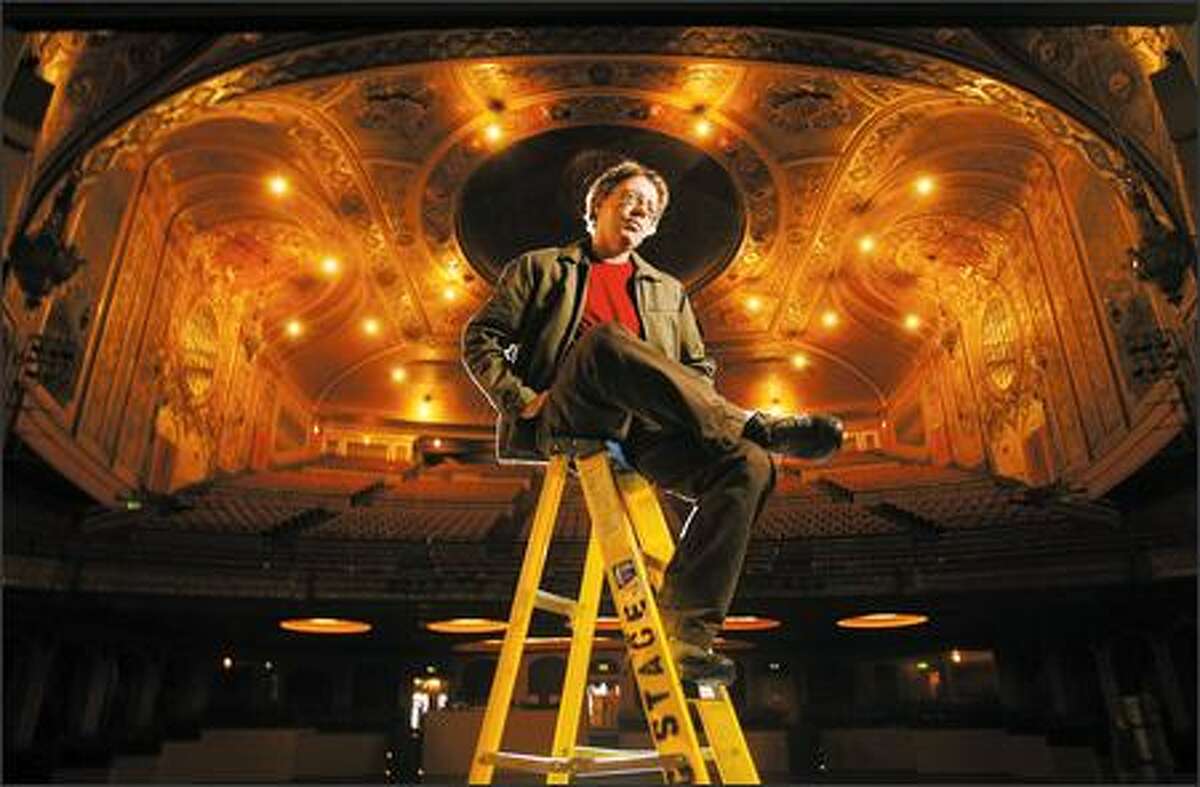 Newspapers aren’t meant to last forever. The Rocket, a biweekly focused on the Northwest music scene, ended its 21-year run in 2000. For part of that time, though, it and editor Charles Cross, above, were as close to the Grunge moment as anyone in media. 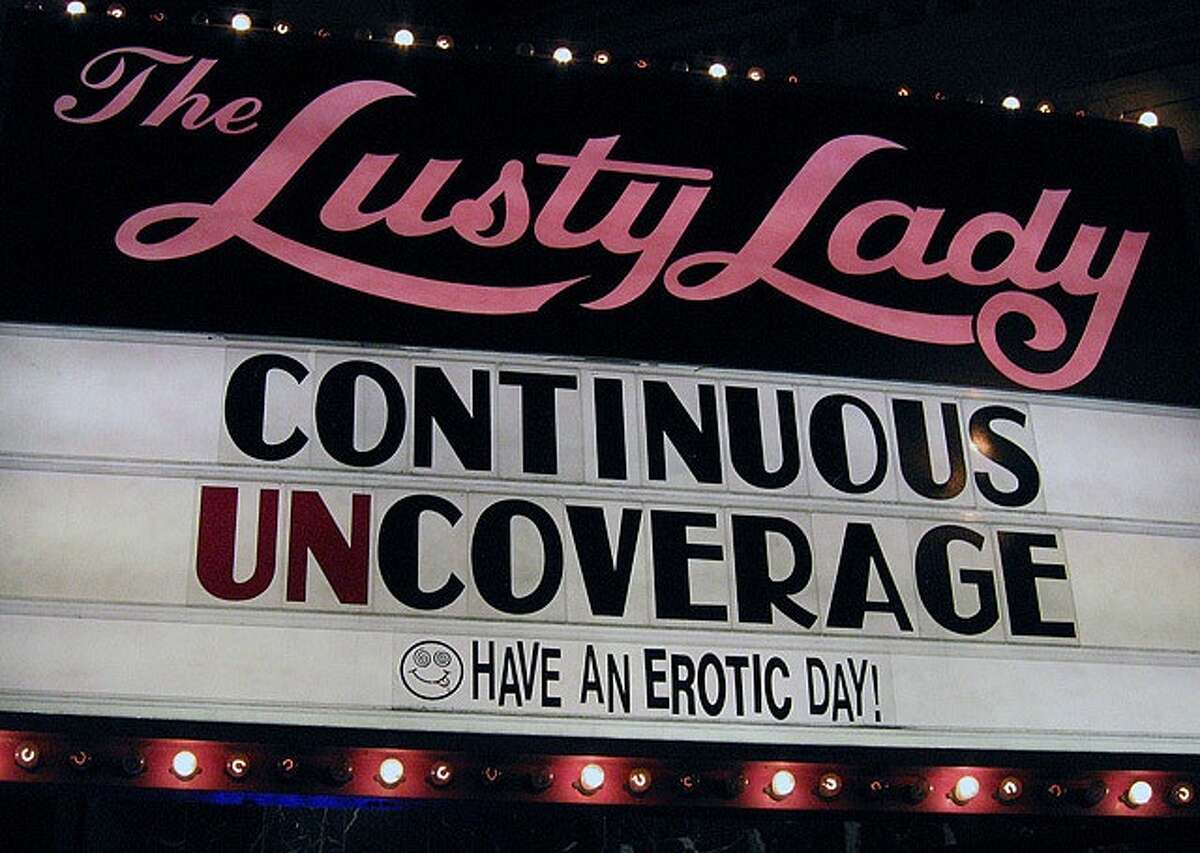 Seattle’s never been a city known for its strip clubs. But the Lusty Lady’s billboard, well, that was an institution. It was a bellwether for the city’s mood, a public place to laugh at our stoic selves, a sexy reminder that under it all we’re all naked. It closed in June 2010. 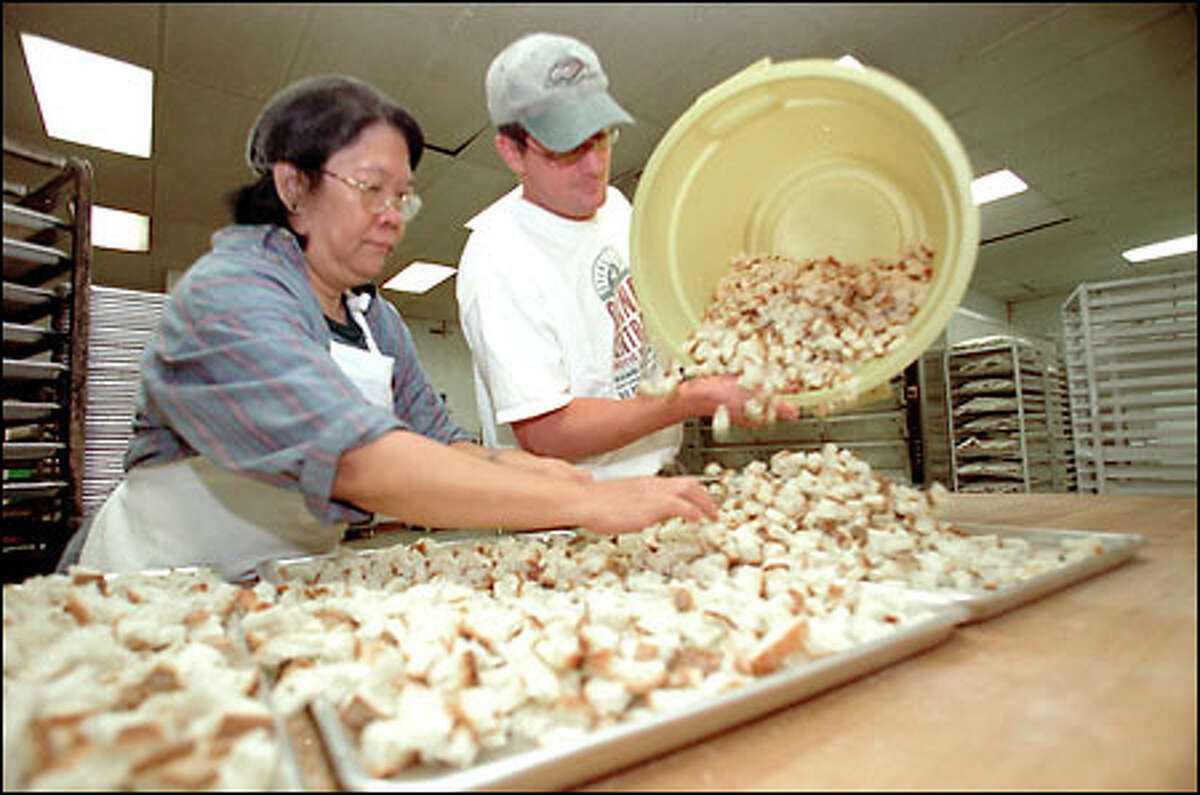 After four decades, this upscale supermarket chain was broken up and sold in 2006 after a bankruptcy. The Bellevue location had the misfortune of being converted to a G.I. Joe’s before that chain died in 2009. 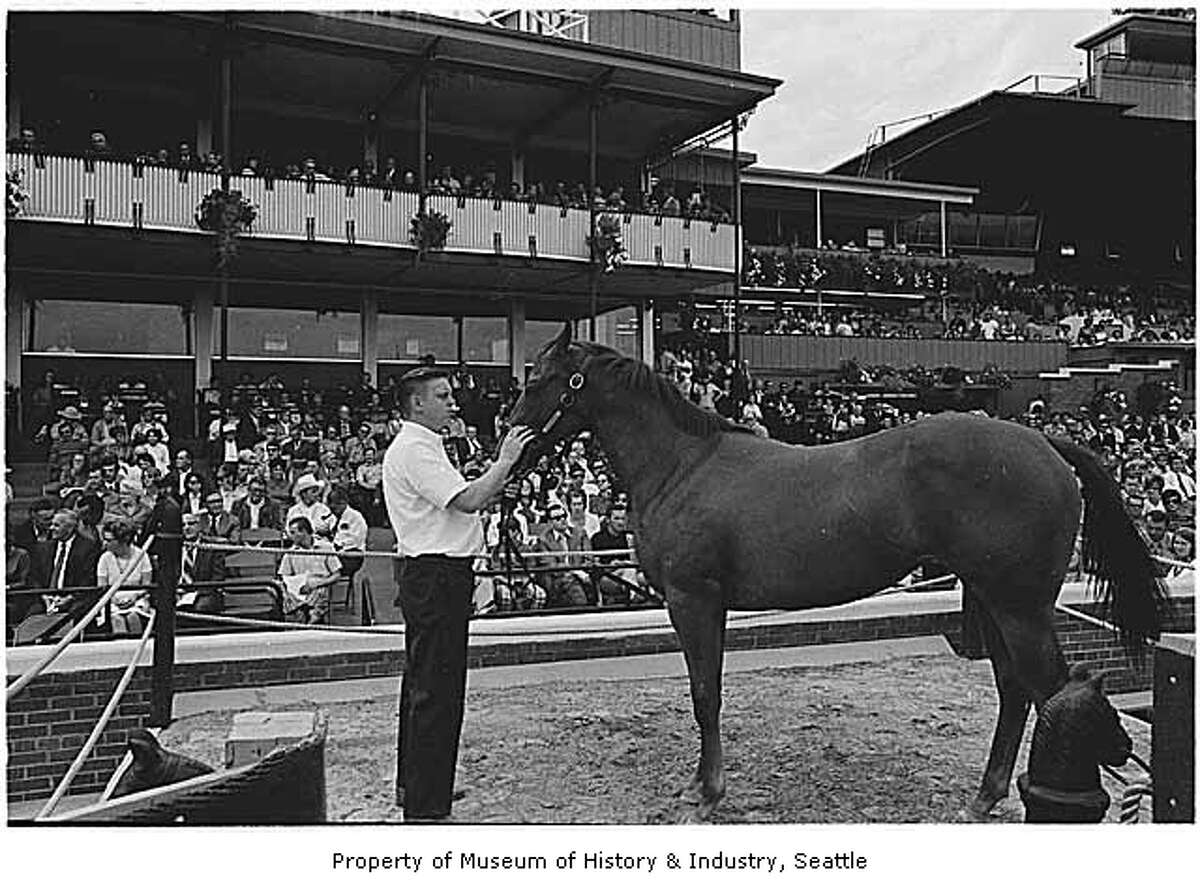 Renton’s own racetrack was not only the state’s center of horse racing for 60 years, but the hub of gambling in the days before tribal casinos and online betting. It shuttered in 1992 after the land was old to the Boeing Co. 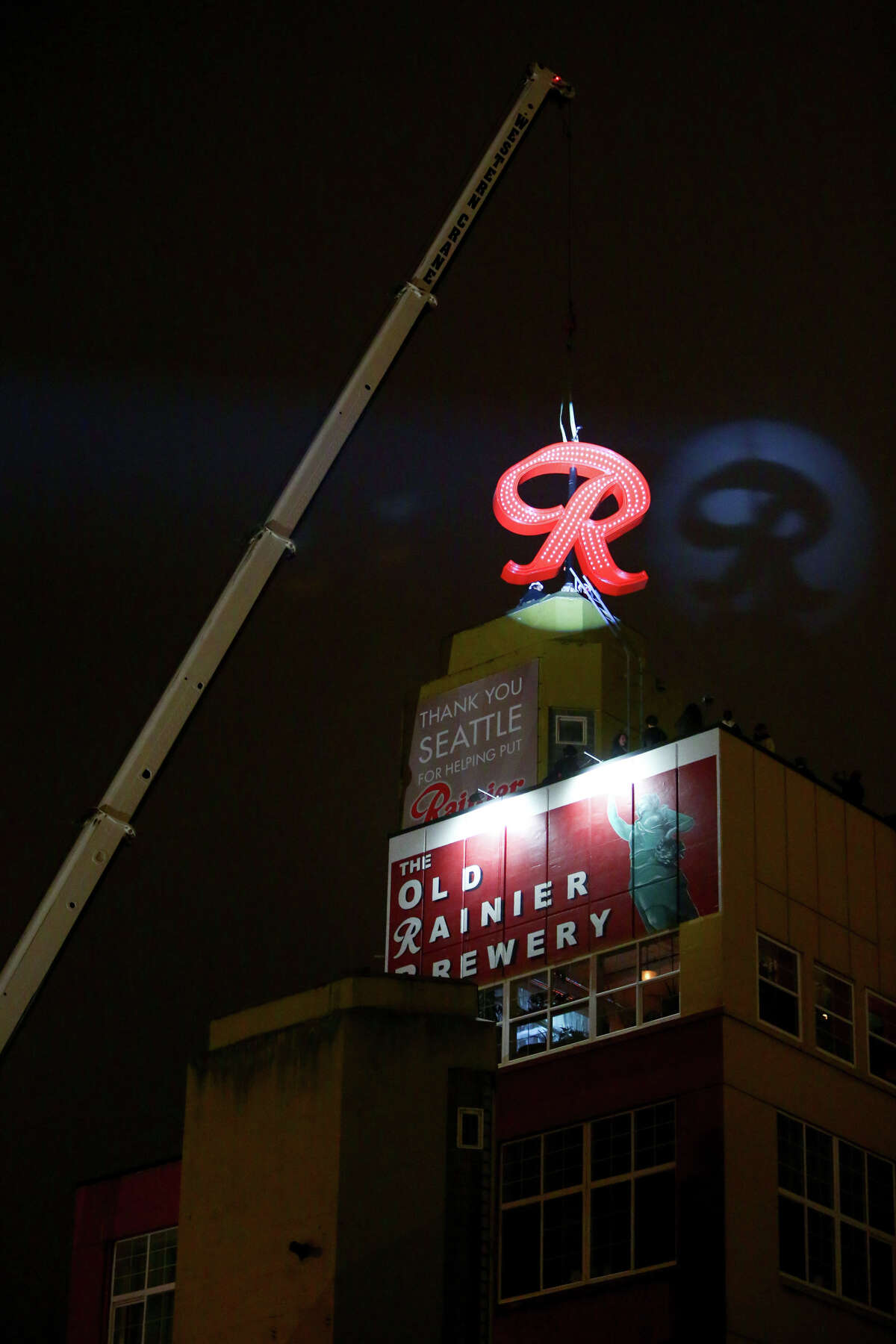 The jury is still out on Rainier. The brand was sold out of state in the late 1970s, and the Pabst-owned beer currently brewed in California. But the “R” is back atop the old Rainier Brewery – replacing the Tully’s “T.” In 2016, Rainier beer brewing returned to Seattle and started brewing their Pale Mountain Ale at the Redhook Brewery in Woodinville. 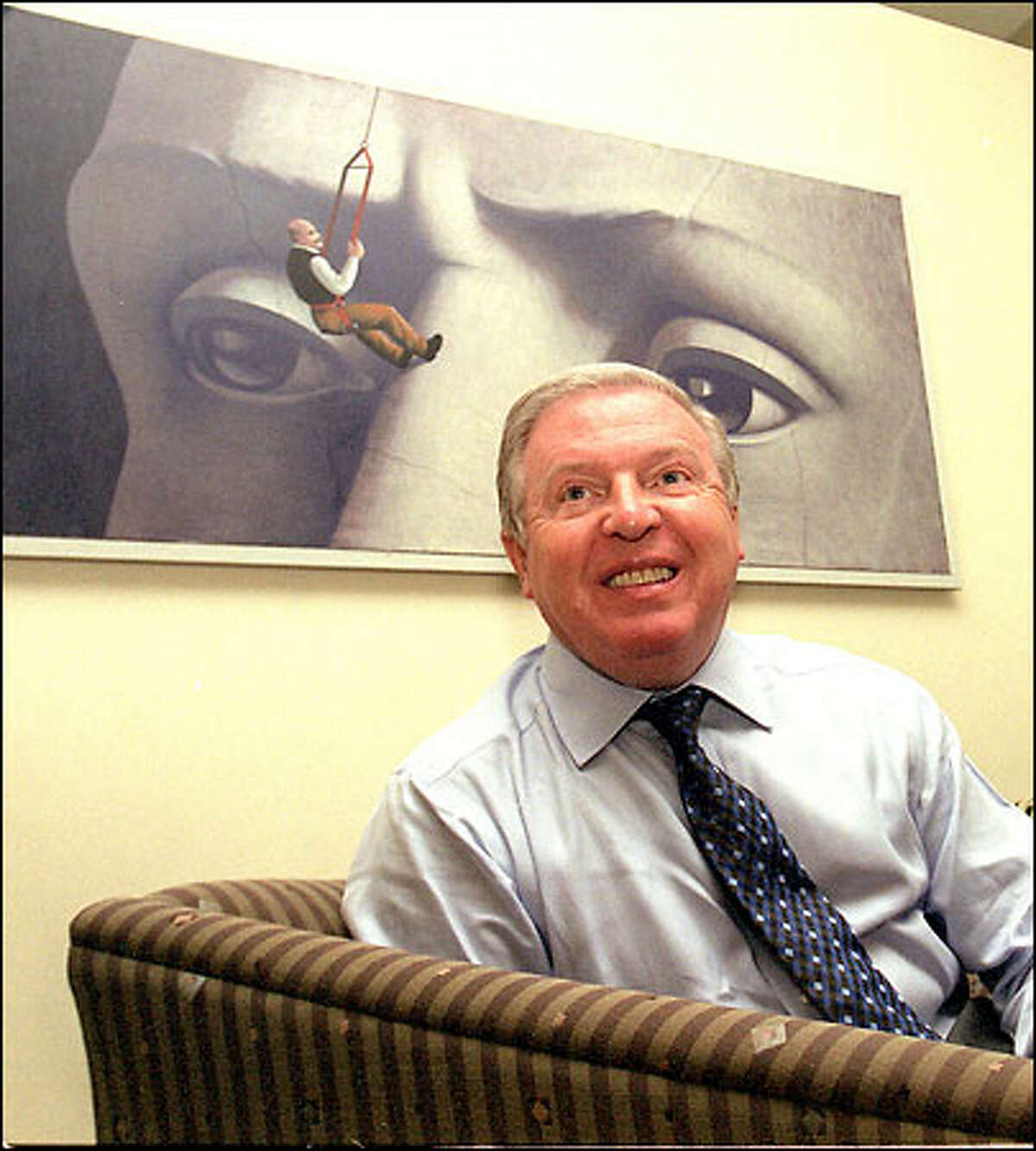 The biotech company was going to make something of a miracle drug for prostate cancer made from cooking patients’ blood with a special protein. It collapsed in 2014 and was sold off the following year. 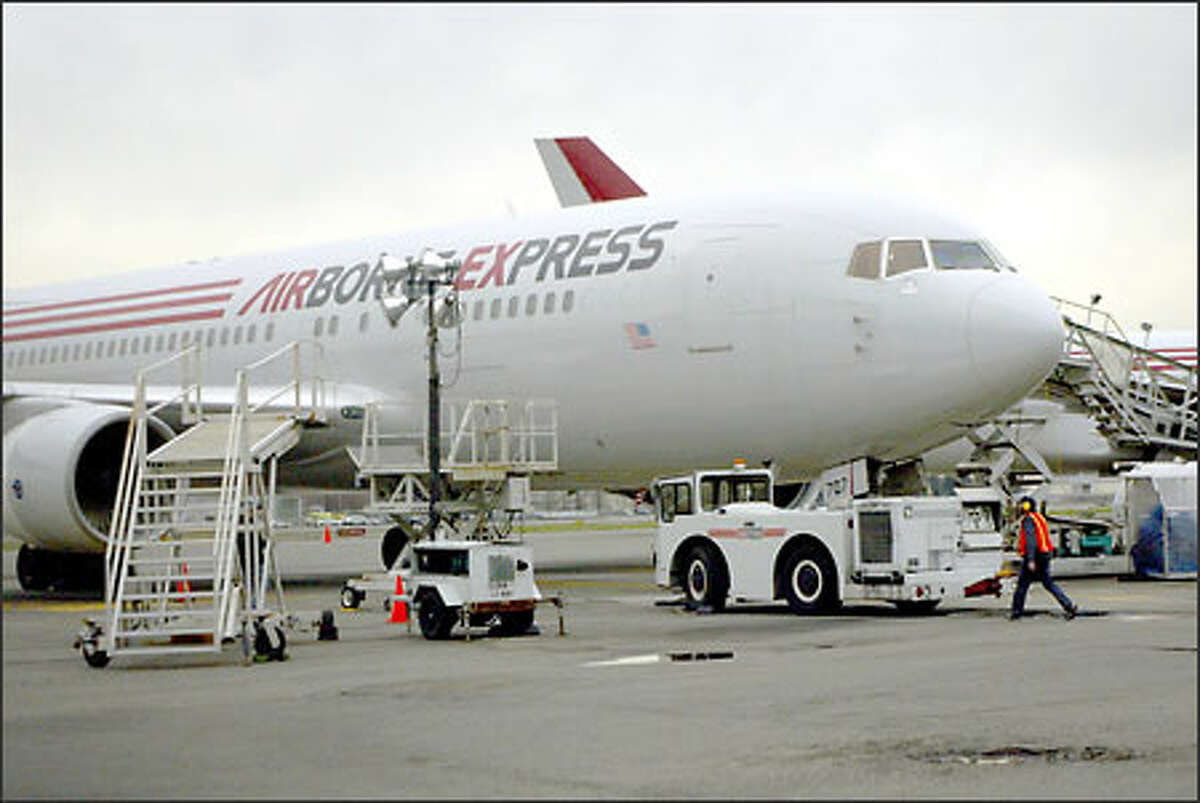 This Seattle-based air cargo concern was founded to deliver Hawaiian flowers to market. It was sold to DHL in 2003. Five years later, the ground operations of DHL were discontinued closing the majority of the old Airborne Express hubs. 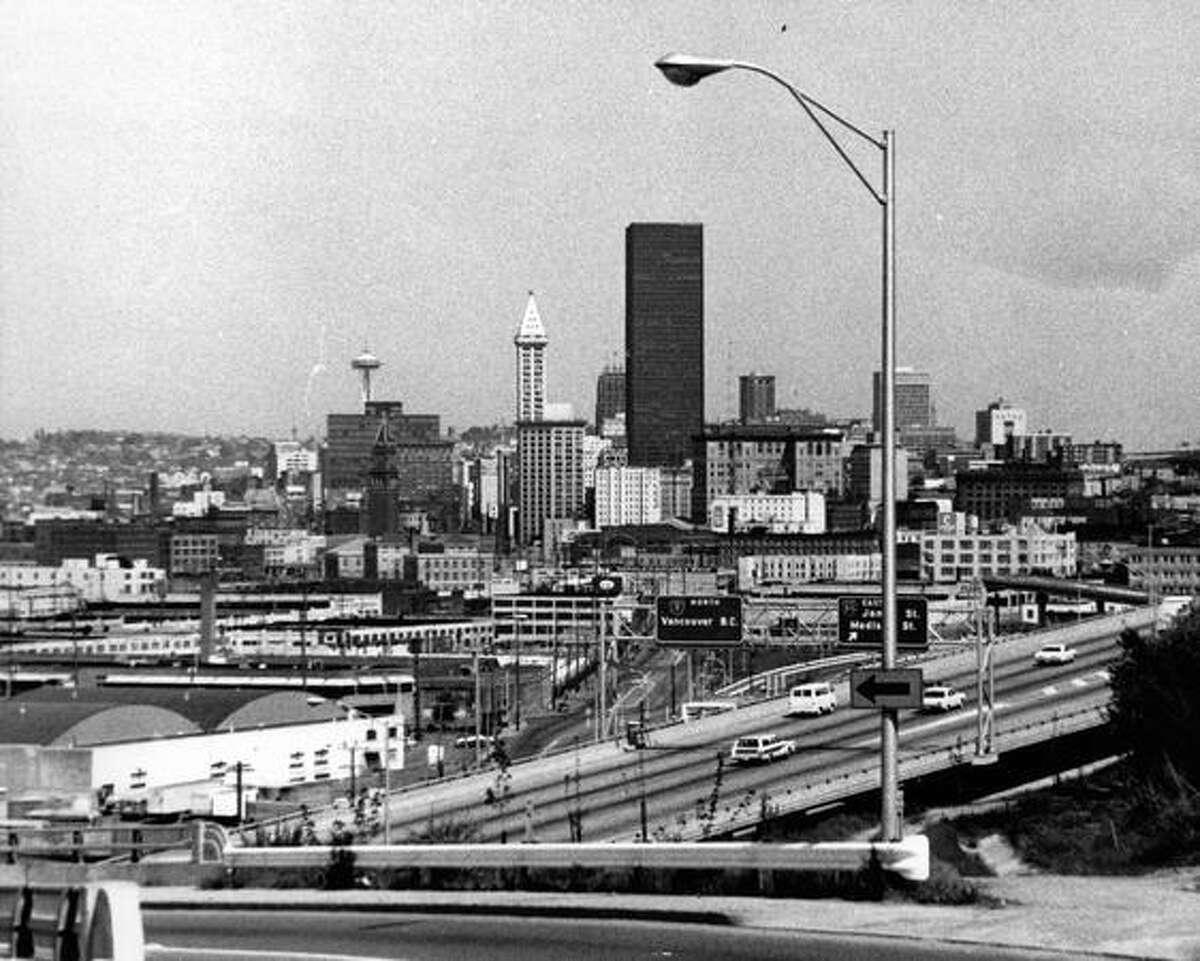 It just sounds a bit more homey than Bank of America. The bank chain was rebranded in 2000 after a merger with BoA. That big black building? That was known as Seafirst Tower. 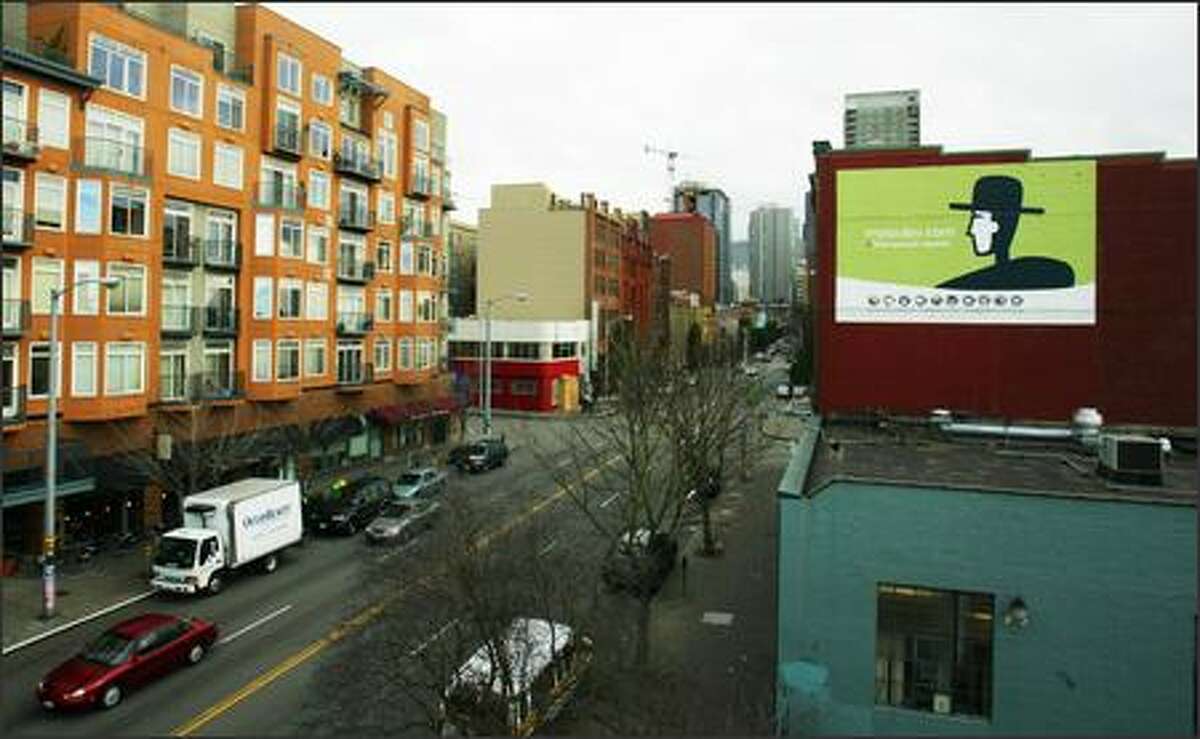 This was one of those great Dot-com busts. Basically, well-off users could use the site to hire others to do their dirty work – walk the dog, grab the dry cleaning, do the shopping. Like some kind of Uber for life. 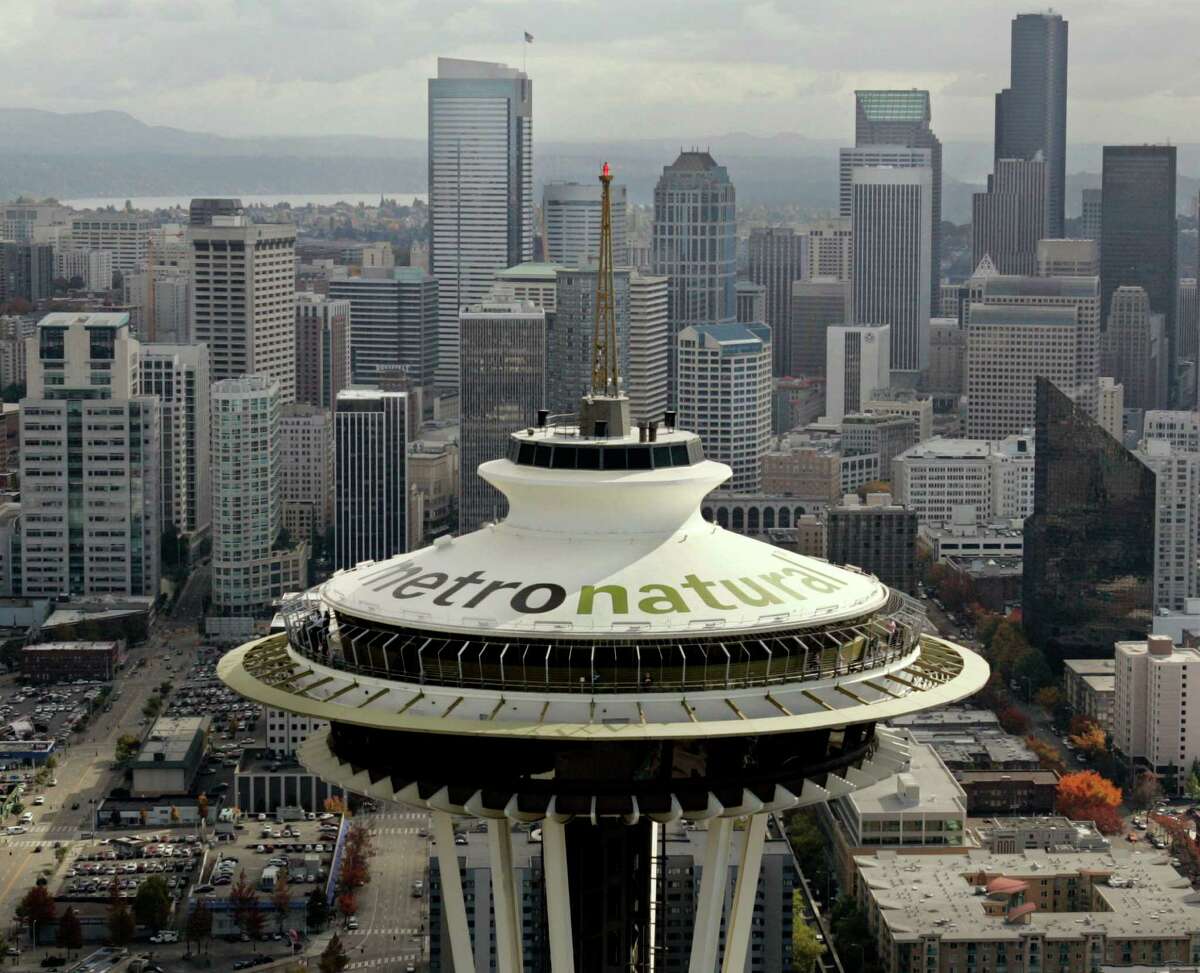 This is what $200,000 gets you. In 2006, consultants hired by Seattle’s tourism bureau decided this un-word captured the city’s urban/wild nature. Remember it on Oct. 20 when we mark 14 years since Mayor Greg Nickels proclaimed the first Metronatural Day.

What did we miss, and which do you miss most? Send us an email at [email protected]

21 iconic Seattle eateries that are no longer around

The Seattle area has seen its share of hits, brand-wise.

From UPS and Boeing to Costco and Amazon, the region has birthed dynamic, influential companies that have shaped the nation and the world. Microsoft is practically an industry unto itself.

Some smaller entities have made their mark. Jones Soda, Filson and Subpop might not be household names, but they lead their particular packs.

Unfortunately, not all Seattle’s brands can be winners.

Check out the gallery above for a look at some Seattle-born brands that didn’t hold up. Some were huge – looking at you Washington Mutual. Some were beloved, like the SuperSonics. Some were barely there.

What did we miss, and which do you miss most? Send us an email at [email protected]

Levi is a reporter for seattlepi.com

Seattle Fire will go door to door with coronavirus vaccines to...

A New Place to Drink Tequila on Capitol Hill, Frankie &...

More ‘Notes of Kindness’ showing up in West Seattle just where...

Guest Opinion: Seattle will create affordable housing for all