We went to Alki around 10 a.m. to find out about two polar bear-themed events:

This is Polar bear swimming organizer Mark Ufkes, Relaxation between countdown requests. As announced earlier this week, there wasn’t an all-in-one jump this year, but it did encourage people to come down in small groups. He said the early start – from 9 a.m. – included around 100 people, some requesting a countdown and some not. Nobody while we were there except via Twitter, Bill Schrier caught a few:

Polar bears swimming at Alki Beach on Puget Sound isn’t quite the same this year, but rugged souls still do. @westseattleblog pic.twitter.com/9yfxe13g4h 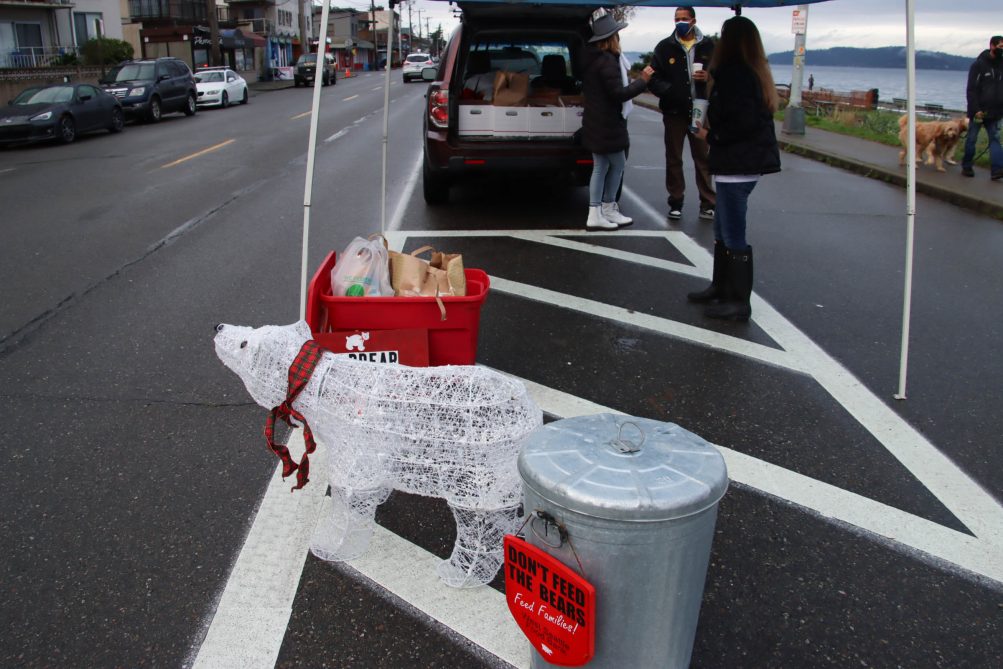 If you missed the drop-off, check the WSPBC card for an ad with a grocery bin near you – today is the official last day – or see how you can help with the drop-off here West Seattle Food Bank all the year long.

Coronavirus daily news updates, Dec. 20: What to know today about...

Fruit farms to shellfish, industries across the state struggle with restaurant...